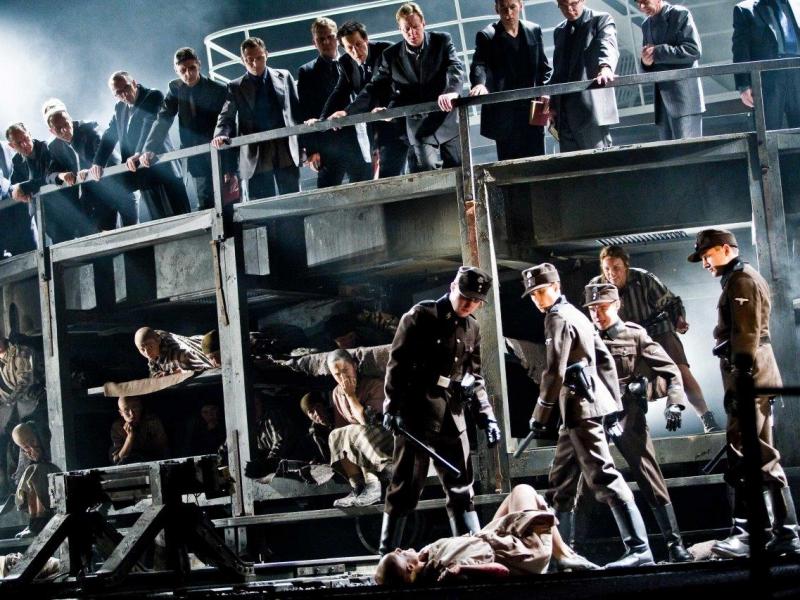 Could an immunotherapy treatment from Israel cure cancer?

Purified, activated immune cells from a healthy donor are injected into the recipient until the immune system can hunt down cancer cells on its own. 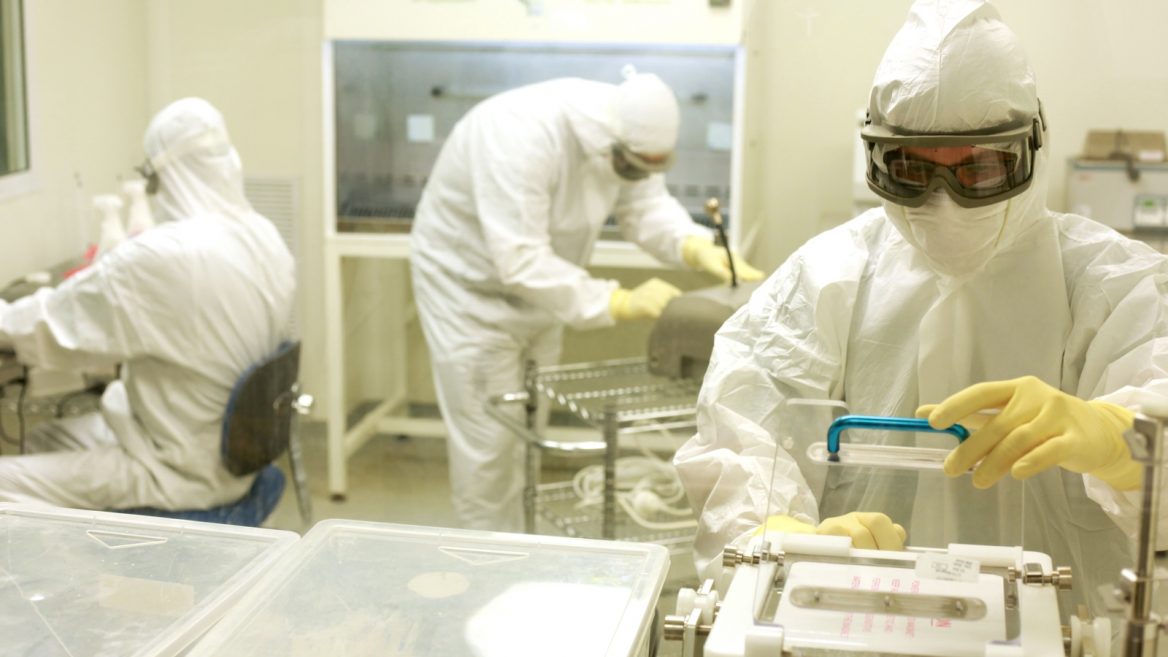 Ten years ago, Dr. Michael Har-Noy, founder and CEO of a Jerusalem-based startup developing an immunotherapy treatment that could potentially cure cancer, lamented that the fight against the dreaded disease “is a battle we are losing.” Today, Har-Noy’s company is getting closer to turning the tide.

In the past decade, Immunovative Therapies has conducted dozens of clinical trials, opened branches in California, Arizona and Thailand, and raised $35 million.

But the biggest boost came from the publicity surrounding immunotherapy pioneer Jim Allison, who won this year’s Nobel Prize in chemistry.

Ten years ago, “We couldn’t get a venture capitalist to open a business plan if they saw the words ‘immunotherapy.’ They’d say, ‘That doesn’t work in cancer,’” Har-Noy tells ISRAEL21c.

Following Allison’s work that proved immunotherapy’s efficacy, “anyone with ‘immune’ in their name is now able to raise funds,” Har-Noy says. 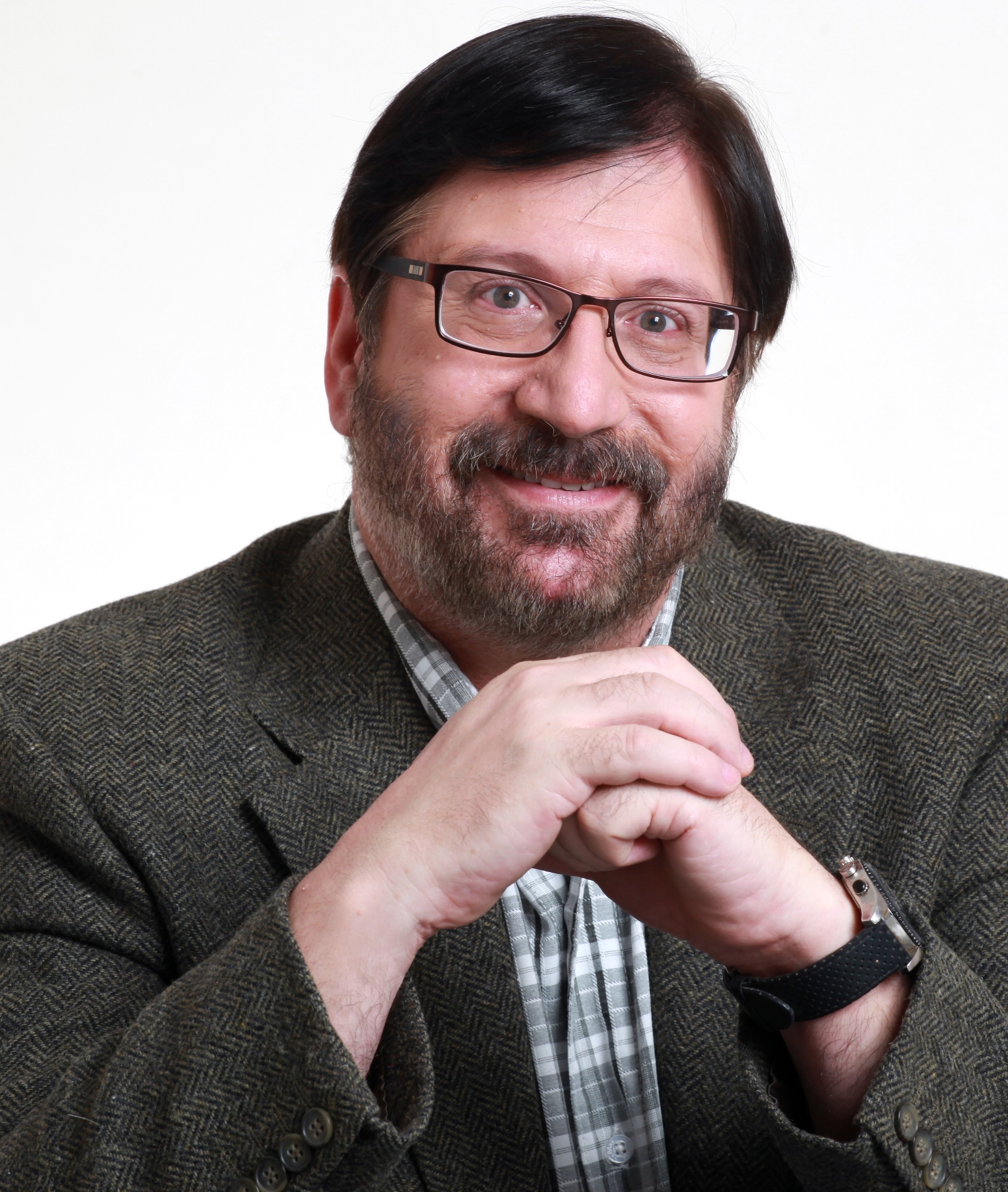 Is the excitement warranted? After all, science is filled with promising approaches that don’t pan out in the end. In the case of immunotherapy, the answer seems to be yes. Immunotherapy is the only current mode of treatment that could actually cure cancer, Har-Noy says.

Unlike chemotherapy, which as its name implies uses noxious chemicals to kill cancer cells (along with a lot of healthy ones), immunotherapy enlists the body’s own immune system to do the heavy lifting.

Moreover, while chemotherapy is often effective, it’s not always permanent. If even a single cancer cell survives, it can begin to replicate and start the process of tumor-building all over again.

The goal with immunotherapy is to “train” the immune system to hunt down and destroy every last cancer cell, including those in metastatic tumors resistant to chemotherapy.

Nor does immunotherapy work in some cancers – including colorectal cancer, which is among the three biggest killers worldwide. That’s one reason Immunovative is focusing first on tackling bowel, colon and liver cancers.

There are relatively few drugs to treat colorectal cancer and “the ones that exist are relatively ineffective, only extending life by a matter of months, not years,” explains Har-Noy.

Immune cells from a healthy donor

The Immunovative process starts by collecting immune cells from a normal, healthy donor. There’s no need to “match” the donor cells to the recipient.

Immunovative technicians purify and culture the donor’s healthy T-cells in a bioreactor, which causes them to multiply and activate without any genetic engineering or manipulation. Immunovation has a patent on the new immune cells, which it calls AlloStim.

The AlloStim cells are next injected into the cancer patient. While the body will reject these alien cells, subsequent injections lead the patient to develop immunity to the foreign cells and to create more of a particular type of immune cell called “memory Th1,” which is normally suppressed in cancer patients. 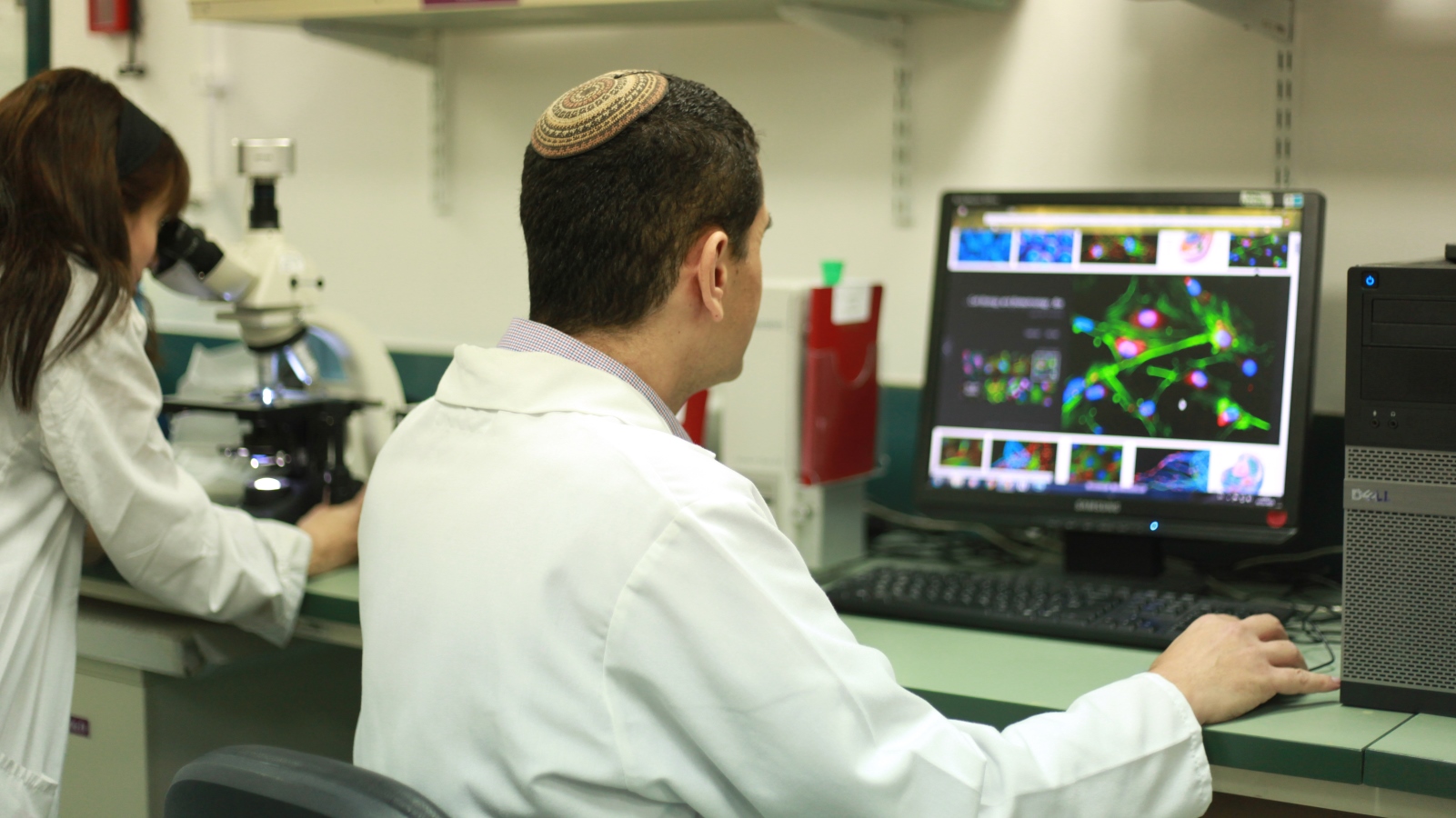 The final step is injection of AlloStim intravenously. The body’s new abundance of Th1 cells rush to the tumors and, in conjunction with existing “natural killer” cells, begin decimating the tumors. As more AlloStim is injected, the body creates its own tumor-specific Th1 immune cells, essentially vaccinating itself against the cancer.

The AlloStim process also “teaches” the immune system to seek out similar cancerous tumors throughout the body. This means it will spring into action any time it detects the same type of cance, even years after treatment.

One donor can potentially produce enough cells to treat up to 1,000 patients, making the resulting drug affordable even to economically disadvantaged patients.

In addition to AlloStim, Har-Noy and his team are working on a cancer vaccine called CryoVax that combines AlloStim with cryoablation (a process where a tumor is killed inside the body using extreme cold) for tumors that resist initial treatment, as well as a personalized cancer vaccine dubbed AlloVax.

In addition to cancer, Immunovative’s treatment is now being tested on five HIV-positive patients. While the clinical trial is small, “the results are very promising,” Har-Noy says.

Har-Noy became interested in the immunology of cancer while in medical school, when he saw patients getting chemotherapy and doctors spending a lot of their time treating the side effects of the chemo. Seeing patients suffer so horribly didn’t square with his understanding of the Hippocratic Oath of physicians to “do no harm.”

Science understands how the immune system works with certain viruses and bacteria. “So I thought if we could harness and control it, why not with cancer, too?” he wondered. “That became my life’s work.”

Har-Noy immigrated to Israel in 2003, and launched Immunovative in 2004 at Hadassah Medical Center in Jerusalem. A $300,000 grant from Israel’s Chief Scientist allowed Har-Noy to do trials on monkeys.

In 2009, the US Food and Drug Administration (FDA) gave Immunovative permission to begin human trials. Har-Noy opened a clinic in the San Diego area.

“But just before the first patients arrived, we hit a regulatory glitch,” Har-Noy recalls. “The FDA said we needed preclinical data from not one but two animal models.”

Immunovative’s California lab had signed up some “very sick patients with very high tumor burdens, most of them bedridden.” Har-Noy didn’t want to start all over again in animals. That’s how the company got to Thailand.

“A colleague of mine from medical school was appointed as head of the clinical trial unit at the National Cancer Institute of Thailand,” Har-Noy explains. The Thai government gave Har-Noy permission to treat seven patients in California and the FDA agreed to use that data in lieu of the second animal model.

The Southeast Asia connection was not just opportunistic. According to the World Health Organization, almost half of all new liver cancer cases occur in China.

“Liver cancer is endemic in that part of the world,” Har-Noy says. “It’s four times the frequency of the US, probably because of hepatitis B infections in young people who are now aging.”

Of the 42 patients in the San Diego clinical trial for Immunovative, 11 survived for a year, nine were still alive after two years and four are still with us after four years.

“These patients had about a 60-day life expectancy,” Har-Noy points out. “The data was pretty surprising.”

Immunovative now has a facility in Phoenix, opened to collaborate with a leading researcher who lives in Arizona and is associated with MD Anderson Cancer Center. Har-Noy divides his time between Jerusalem, Phoenix and Thailand. 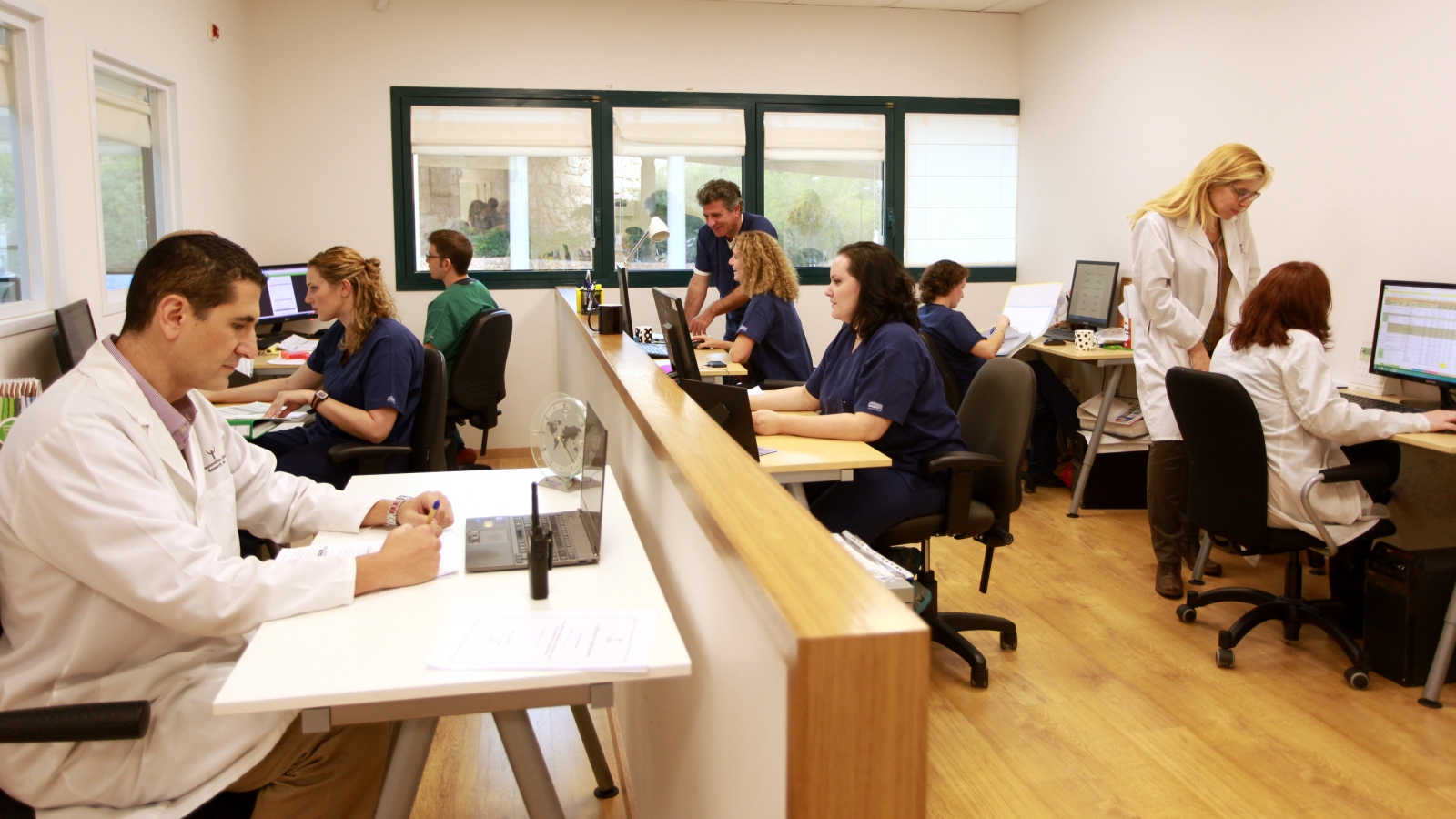 “I have 1.4 million frequent flyer miles on United and another 800,000 on El Al,” he quips. The company employs 25 in Jerusalem’s Malcha Technology Park, 12 in Phoenix and eight in Thailand.

Immunovative has 200 people currently enrolled in clinical trials. In 2019, the company will be looking to raise up to $30 million to launch phase III studies, hire a professional pharmaceutical management team and develop an automated production system. An IPO in the next few years is also on Har-Noy’s radar.