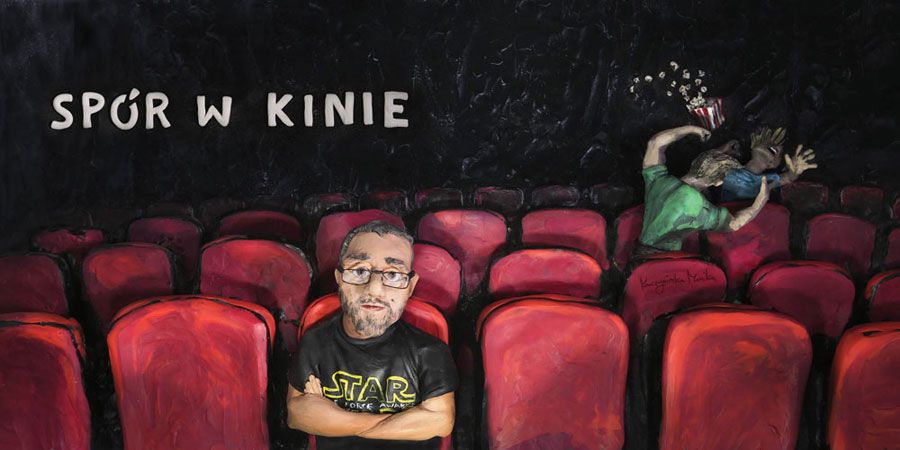 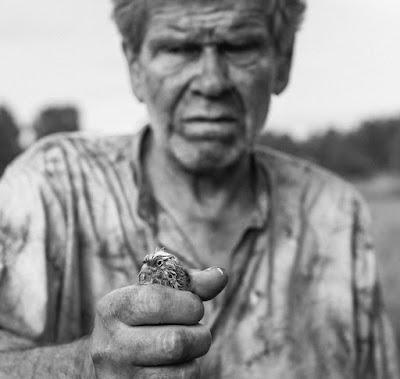 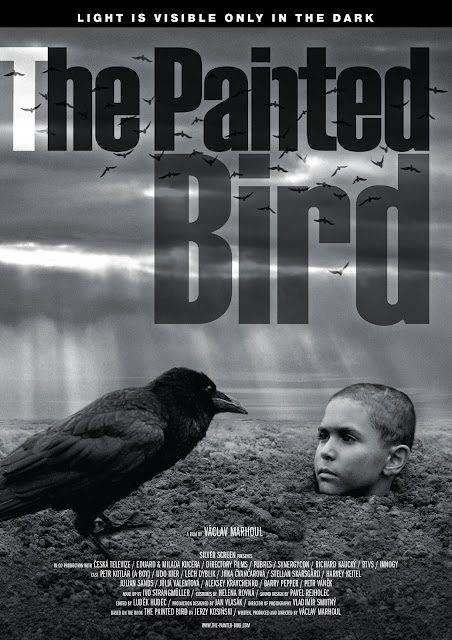 Israelis at the forefront of fast-growing algae market 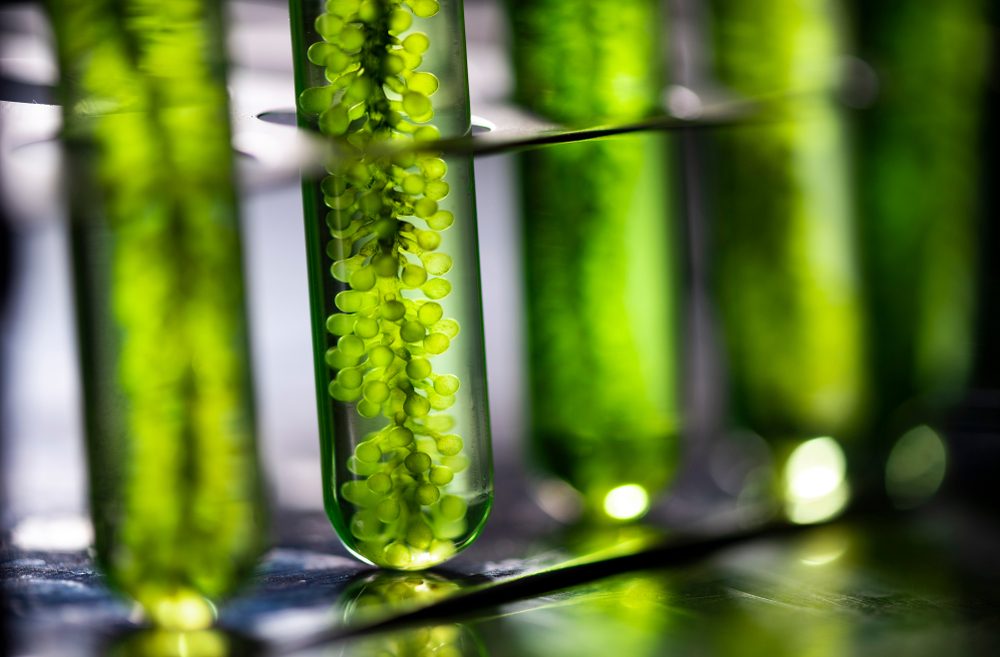 Algae research in a laboratory. Image via Shutterstock.com

For thousands of years, consuming algae has been part of the native diets of Africa, Central America, South America and Southeast Asia. But today, algae are much more than a wrap for sushi – they are also used to produce a wide range of products such as food additives, natural pigments, chemical-free fabric dyes, biodegradable plastics and biofuels.

Israel has exponentially expanded the country’s knowledge and presence in the algae industry by spearheading research,including developing algal-based technologies. Global forecasts are expecting accelerated economic growth in the sector due to a variety of new products and use for different industries.

According to Research and Markets, the value of the global algae products market was $3.4 billion in 2017 and is expected to reach $5.6 billion to $6.09 billion by 2025. This forecast growth is due to increasing consumer awareness of the health benefits of algae products and new trends in the production of renewable energy from algae.

Algatech, a large Israeli company for algae production, which is selling micro-algae to various industries around the globe, was recently sold for $100 million.

There is significant value in growing algae since they do not require much land. Algae are very diverse and can be grown in freshwater, brackish water and saltwater environments. Unlike plants that have elements of waste such as stalks, stems and branches, algae use all of their plant material for the final product, leaving no agricultural waste.

Many new algae-based products are on the market:nutritional supplements, gels for cosmetics, pigments for microscopy, and food, as well as dietary supplements such as astaxanthin and beta-carotene (sold for thousands of dollars per kilogram) and Omega 3-6 fatty acids.

More than 10 Israeli companies specialize in algae farming,employing about 200 workers. The three most prominent are a direct result of the commercialization of knowledge developed at Ben-Gurion University and the Weizmann Institute of Science.

In the fashion industry, the second most polluting industry in the world, it is common to use various materials that cause health and environmental problems to produce clothing.

“Fast fashion” has impacted the environment, workers and the economy. In addition, every year, about 27 million tons of cotton are grown worldwide, accounting for 2.5% of the cultivated land and 13% insecticide use around the world.

Algae, on the other hand, do not require agricultural land or pesticides and would decrease the industry’s waste production substantially. In recent years, new developments for the fashion industry have included algae-derived materials.

The German designer studio two square meter is using a combination of cotton and algae. On an even more significant note, the EU is supporting the SEACOLORS project, which promotes the use of natural dyes using algae’s natural pigmentation technologies.

Production costs for these fibers and pigments are still high when compared to conventional alternatives. However, technological advances and increase in demand are meant to reduce the gap over the next few years.

Green energy from the sea

The need to shift from fossil fuels to renewable energies has become increasingly important. According to a market study published last year, one of the most successful upcoming innovations is the growth of algae to produce biofuels, a clean substitute for fossil fuels.

This study predicts an increase in the demand for algae biomass, an essential ingredient to produce biofuel, due to increased awareness of greenhouse gas emissions. Opportunities in the algae market are expected to grow worldwide.

A recent study by Leor Korzen, a PhD student at Tel Aviv University, in collaboration with other institutes, examined algae-produced bioethanol. Korzen grew algae near a commercial bream farm on the Israeli Mediterranean shore. Results show that the combination of the two led to increased algal growth and cleaner, less contaminated waters – a win-win situation for the marine environment and the energy sector.

Algae instead of plastic

Plastic waste is one of the most significant environmental issues worldwide, accumulating in landfills and oceans, and harming marine life. Plastics break down into very small pieces called microplastics, which are often swallowed by marine animals and thus enter the food chain. Experts estimate that by 2050, the amount of plastic in the oceans will be greater than the amount of fish.

Algae are considered a useful raw material to make“bio-plastics” –biodegradable plastic substitutes — that are elastic, cheap, durable and eco-friendly. Agar is now used in the pharmaceutical and food industries as a substitute for vegetarian gelatin. Recently, various designers began to use agar for making plastic alternatives.

Dr. Alexander Golberg and Prof. Michael Gozin from Tel Aviv University have created biopolymers (natural macro molecules, which are the building blocks of plastics) with the help of living organisms in seawater. In this process, single-celled microorganisms produce biodegradable polymers after ingesting multi cellular seaweed.

“The process of production for biodegradable plastics requires essential resources such as agricultural land and fresh water. A country like Israel, where the consumption of plastics is high, will not allocate large areas and expensive water to produce bio polymers,” says Golberg.

“Our process will enable countries that suffer from a shortage of fresh water like Israel, and even China and India, to move to biodegradable plastic,” he adds.

Although algae companies in Israel are not yet engaged in all these promising directions, the industry is growing.

“The approach of producing a number of products from the same raw material for different applications is called bio-refinery,” explains Dr. Adi Levy, scientific director of the Israel Society of Ecology and Environmental Sciences, and the author of The review document of the algae industry in Israel for the Ministry of Agriculture.

“The approach strives to use various components of the algae (such as pigments materials antioxidants oxidation, proteins, fatty acids, carbohydrates and more) to exploit the benefits and resources invested in raising it.”

Two years ago, the first algae growers’ convention was held in Israel. Last year, 16 companies and entrepreneurs in Israel announced a formal association to regulate the industry’s activity.

Algatech, founded in 1998 in Kibbutz Ketura in southern Israel, is one of the few businesses in the world that has managed industrial-scale production of microalgae. Algatech exports its products to companies in more than 35 countries in the nutrition, cosmetics, and food and beverage industries.

The company grows algae in greenhouse-like glass tubes, a process operated entirely on renewable energy, mimicking nature by using solar energy and recycled wastewater, with the only waste being oxygen.

Last month, Solabia Group, a French producer of natural ingredients in the cosmetic, pharmaceutical and microbiology industries,acquired Algatech in a deal estimated at $100 million.

Twitter on Tuesday said it was requiring Nation of Islam leader Louis Farrakhan to take down a 2018 tweet in which he compared Jews to termites.

The move came as Twitter announced it was expanding its rules against hateful conduct “to include language that dehumanizes others on the basis of religion.”

“If reported, tweets that break this rule sent before today will need to be deleted, but will not directly result in any account suspensions because they were tweeted before the rule was set,” a Twitter statement said.

Farrakhan — who has a long history of antisemitic rhetoric — will not be able to publish new tweets until the offending 2018 one is removed.

“I’m not an anti-Semite. I’m anti-termite,” Farrakhan said in the tweet in question.