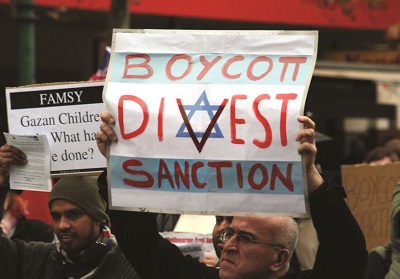 All Right, Reform Judaism, Count Me In

I grew up Orthodox, looking down on Reform Judaism. Then I came out as queer and changed my opinion.

I grew up looking down on Reform Judaism. The home into which I was born in 1973, in Toronto, was Orthodox. We went to synagogue every Shabbos, and I loved walking with my father and sitting with him in the men’s section. There was always a “candy man.” I liked the prayers and didn’t care that I didn’t understand them. As a child and teenager, I had some experience with Conservative Judaism—one year that we lived abroad in Jerusalem, I attended a Conservative school and synagogue—but Reform Judaism I knew mainly as a stereotype: It was a lesser form of Judaism. In the hierarchy I was taught, Orthodoxy was at the top, then Conservative, then Reform. Orthodox and Conservative Jews such as myself who spoke and read Hebrew, could pray in Hebrew, and read the Torah, saw ourselves as superior in terms of our observance and Jewish practices.

The Reform synagogue in our neighborhood was known as “the Church on the Hill,” because the architecture of the synagogue made it look so much like a church. When I attended a Reform service for a bat mitzvah, I felt judgmental and uncomfortable with the brevity of the service and the amount of English. Also, the instruments, the guitar and piano, on Shabbat were jarring to me, as I’d been taught that playing music was forbidden on Shabbat.

However, one thing I liked about Reform was being able to see women singing on the bimah. I already knew that the argument that women’s voices were too arousing to men was sexist and unfair, and it meant that I couldn’t have a real bat mitzvah, like my brother’s bar mitzvah, unless we changed synagogues. And other doubts crept in. My parents sent me to a secular Zionist Jewish day school, from first grade through eighth grade, a compromise between my stricter father and my mother, who had not been brought up in a religious home. As I was the only observant girl in my class, I started to feel resentful that I wasn’t allowed to go out on Friday nights or to the mall with friends on Saturdays. I didn’t like being different.

During my adolescence, I challenged my father about his beliefs in God and what I perceived to be the rigid rules of our traditions. In time, I no longer wanted to go to a synagogue where women were excluded from leadership roles, and I didn’t like the patriarchal language and imagery in the siddur. I stopped going to synagogue on Shabbat and persuaded my parents to let me go out after dinner on Friday nights.

Then, after much cajoling, I got my father to give me permission to go a public high school. I had begun to sense that I was different from my peers, although I could not yet have articulated how. I had had intense friendships with girls and women throughout elementary and high school, but I had never thought that being attracted to girls was an option. There were very few positive images of lesbian or gay relationships in my community or in the media at that time, and there was no gay marriage. Homosexuality was little discussed in Orthodox Jewish schools. But at the public high school, two of my friends actually did come out as gay and were accepted by their peers.

Among my group of friends, there were one or two others who were Jewish. One of my closest friends belonged to Holy Blossom, a Reform synagogue, and I realized that her parents went to shul every Friday and were very involved in social justice activities, including supporting LGBTQ members in their community. She also was part of Habonim Dror, a socialist Zionist youth movement, and like me was planning to live on a kibbutz at the end of high school for the year.

Eventually, I came out to myself, several close friends, and then to my parents all in the span of two months. I was 19 and had just finished my first year of college. My parents’ first reaction was surprise, and then denial. “You can’t be gay,” my mother said, “you like to wear pretty scarves and eyeliner.” My dad said, “Women can be seductive, too.” (“Don’t I know it?” I thought.) My father said with disappointment, “Every parent thinks of their daughter as a bride one day.” Gay marriage wasn’t legal yet. Having been educated as psychologists in the 1960s, when homosexuality was still considered a mental illness (it was only removed by the American Psychiatric Association from the DSM in 1973), they were concerned about the kind of stigma I might face and whether I could have a happy life. I was lucky that my parents were actually quite liberal in their views, self-reflective, willing to challenge their assumptions. When they realized that I wasn’t going to change, they decided to attend a group for Jewish parents of gay or questioning youth at the same Reform synagogue my high school friend and her family had attended: Holy Blossom, the one my friends and I had mocked as the Church on the Hill.

Coming out as a lesbian added another level to my discomfort with traditional Judaism. In 2001, nine years after I came out, gay marriage became legal in Ontario. At the egalitarian Orthodox synagogue where I was a member, the congregation was going through the process of voting on whether or not they would allow for same-sex marriages. In order to overturn its policy, the shul required an 80% majority, but in the final vote only 73% voted in favor of same-sex marriage. I was surprised by how hurt and betrayed I felt by the congregation. It felt like a personal rejection. I realized that I couldn’t live with a tradition whose Halacha was so rigid it couldn’t adapt to the changing values of the society. I needed to feel like I belonged, and my Jewish practice needed to reflect the values I upheld in the other areas of my life. Friends tried to reassure me that, over time, there would be another vote and the outcome would likely be different, but I wasn’t comforted. I was done with Orthodox Judaism.

I looked around until I found a congregation with an emphasis on the inclusion of LGBTQ people. It was started by two Jewish lesbians in the spirit of the Reform and Jewish Renewal movements. Their siddur was a photocopied booklet that was an amalgamation of traditional prayers, poetry, and music. In the spirit of inclusivity, instead of calling just one person at a time to the Torah to read the blessings on the Torah portion, the aliyot were communal and thematic—anyone in the congregation was invited to come and stand on the bimah if the stated theme was relevant to their experience. For example, the rabbi might say, “if this year you have experienced a new relationship, or you have grown through some personal healing …” Then, the group of people would stand on the bimah sharing a tallit throughout the entire section of Torah reading, chanting the blessings collectively. Interfaith couples were welcomed, and each service included at least one congregant coming up to the bimah to make a personal testimony. I loved that the services were full of transgender people, people with purple hair, proud Jews wearing rainbow kippot.

I admit that I had mixed feelings about these changes. My internalized judgment from my earlier upbringing was strong, and I couldn’t fully escape the belief in a hierarchy, with Reform Judaism at the bottom. The prayers were shortened, they were missing pieces, the tunes were unfamiliar. Was it really right to quote Marge Piercy instead of one of the sages, or to cut out important prayers? Unlike me, many of the congregants didn’t read or understand Hebrew. Then again, one of the leaders, who herself had grown up in an Orthodox family, and years later would get ordained as a rabbi, knew Torah, and knew the same tunes I did. And how great it was to sit side by side with my partner, also Jewish, who had grown up Reform and was comfortable there, and to hold her hand and have the rabbi welcome us with a smile.

So, I opened my heart to Reform and decided to embrace the services. Years later, when our daughter was born, the rabbi would walk down the aisle and personally wish us a “mazel tov,” as my heart swelled with pride and with the feeling I was in a place where I could be wholly myself. And when we told my parents that we were planning to conceive a child with an anonymous sperm donor, they were much more accepting than when I first came out to them. They’d already embraced my partner as part of our family, and we attended regular Shabbat dinners at their home. My father’s only stipulation was: “Make sure you choose a donor with smart genes.”

In a bid to intimidate Jewish students, a US neo-Nazi website with the tagline, “No Jews, Just Right,” has published the photos of thousands of students and faculty at Yeshiva University (YU) in New York City.

The photos were posted on the Vanguard News Network (VNN) forum, a white supremacist platform that identifies as an “uncensored forum for whites.” Yeshiva University’s newspaper, The YU Commentator, reported that campus security called the content “appalling and offensive” and informed students that they had found “no direct threat to the individuals appearing in the photos or to Yeshiva University.”

While the discussions on the forum generally revolve around mocking Jews, a handful of pages are dedicated to ridiculing members of the YU community alone. The discussion thread concerning YU students and staff started around May 2018, and the pictures appear to have been taken from public sources, such as YU’s Flickr page.

The YU Commentator said it had been tipped off about the forum by a student journalist with The Justice of Brandeis University, who was investigating the publication of Brandeis’ students photos on the same site.

Dr. Jess Olson — an associate professor of Jewish history at Yeshiva University — told the paper that the demeaning antisemitic comments posted alongside the photos were “sadly and unacceptably a well-worn motif historically in antisemitic rhetoric and iconography.”

Continued Olson: “It is an embarrassment to our country that we have arrived at a place that such ideas are flaunted with impunity.”

Students who discovered their pictures online were very distressed by what they saw, the YU Commentator noted. One student featured on the forum commented that “it is very concerning that something like this is developing so quickly, especially in the United States.” Being featured on a neo-Nazi website made her feel “vulnerable and small.” As a proud Jewish American, she was disturbed that she was being “targeted” as a member of “a people and a religion.”

VNN is published by Alex Linder, a former activist with the neo-Nazi National Alliance Party who has been active in white supremacist and Holocaust denial circles for several years.

Linder was arrested in May 2007 in Knoxville, Tn., for assaulting a police officer during a racist protest.