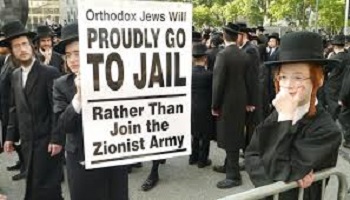 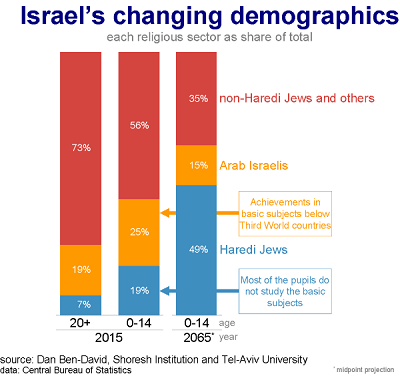 Despite all of the happy memories, the story of Peres being brought to the hospital will always be imprinted as one of the saddest days of my life.

Many a time, I have been asked how an Evangelical Christian could feel so strongly about Israel’s late president Shimon Peres. Earnestly, it is because I had a privileged close bond with this great man. I have been honored to have Peres serve as the International Chairman of the Friends of Zion Heritage Center (FOZHC) and I traveled the world advocating peace with him. The vision and purpose of the center is to share the stories of non-Jews who have contributed to the protection and development of the Jewish people and the State of Israel – in many cases even risking their own lives to do so.

Who Shimon Peres was, and all that he stood for, exemplified him as a perfect delegate and representative of the FOZHC dream. Having had him as a partner was a once-in-a-lifetime experience that has left me with unlimited inspiration and determination. The stories that I could share about my hero are countless and each incrementally raise my respect for him and the friendship I had with him.

I remember the first time we presented the “Friends of Zion Award” – the highest honor bestowed by FOZHC that is only given to those who have gone “above and beyond” for the State of Israel and the Jewish people. It was in 2015 and Shimon Peres and I had flown to Dallas, Texas, to give the award to the 43rd president of the United States, George W. Bush.

Looking back at the account, it was a very humorous start for such a grand award presentation. The moment that the elevator opened, we saw President Bush waiting to greet us with a huge Texas grin on his face. The first words that came out of his mouth were to Shimon Peres: “Wow, you are really old. I bet you are older than my father.”

Peres, with his smiling and twinkling eyes, responded with: “Yes, I am one year older than your father.”
Bush continued with the banter and said, “I bet all of your friends are dead.”
Not missing a beat, Peres humbly replied “No, I have many friends.”

In that very room, two great leaders, who were raised thousands of miles apart met and became instantaneously friends. This was just one of the magical qualities of Shimon Peres.

After the award was presented, Peres and I proceeded to have dinner. At the table he turned and asked me with his glowing smile: “What were your last two dreams?”

This was a common question for Peres to ask. He loved it when people dreamed big; to hear the goals that others were inspired to accomplish.

I told him the truth. My grandest dreams at the time were to have him as my international chairman and to be with him when the first “Friends of Zion Award” was bestowed unto president George W. Bush.

Peres laughed and said, “It seems to me that you need to dream some more now.”

THE STORY of this tremendous and instantaneous bond between Peres and Bush was not just a one-time event. Peres had a magnetic personality that compared to none. The very same friendship happened when we met with Prince Albert II of Monaco and presented to him the “Friends of Zion Award.”

The night in Monaco is one of my fondest memories. There was a bar mitzvah, the coming of age for the son of philanthropist Aaron G. Frenkel, and the celebrations were grand. Peres spoke with Frenkel as he did with the prince and the president: with respect, kindness and a warm smile. Like an ancient sage, Peres told Frenkel the story of Joseph from the Bible and added his own amazing perspective to the story. It was clear to me that Frenkel knew that he experienced something rare from the conversation with Peres and that it would stay with him forever. Peres always knew how to make others comfortable by knowing exactly what to say.

Another milestone with Peres was when we met with Pope Francis. From the moment we began the audience with the pope, it was very clear that he had a shining admiration for Peres.

One of the first things that Peres did was introduce me to the pope by saying, “Michael was named after his great-grandfather, Rabbi Michael Katznelson. Rabbi Katznelson was burnt to death in his synagogue along with 2,000 other Jews.” The Pope in turn asked me in English how a Jewish man came to the following of Jesus Christ and Christianity. Shimon Peres urged me to tell my story.

I told the pope that my mother did not like Christians. From a very young age, she would tell me that Christians hated Jews and persecuted them. She would make statements grouping Billy Graham, Adolf Hitler and the Pope together – as if to say that all were untrustworthy by association. And at the time, I could understand from where her opinion originated. It was from my professing Christian father who raised me as a Christian, but was also an antisemite of the lowest form.

On Friday nights my father would come home drunk and beat my mother. He would shout at her: “You are a Jewish whore and that boy upstairs is not my son – he is a bastard.” He would baselessly accuse her of having an affair with a Jewish man. My mother would fear such nights and would assume that all Christians were as my father was.

At 11, I gathered enough courage to stand up to my father and to try to defend my mother. On one of the Friday nights, I screamed at him to stop attacking her. He ran up the stairs and began to strangle me – lifting me up above his head by my neck. I passed out and when I regained consciousness, I was in the fetal position on the floor. I was lucky to be alive.

From that horrible day I had learned two things. One, my father did not represent the proper path of Christianity. And two, that at the age of 11, I could not protect even one Jew, my very own mother – but in the future I would defend all of the Jewish people.

When I finished my account to the pope, I had tears streaming down my face. I looked up and noticed that both Peres and the Pope were also crying. These great men of peace had the power to sympathize with my story that would leave others in silent shock.

Over dinner that evening, I had the opportunity to hear of Peres’s life story and he told me about a connection that I did not make before. He started by telling me that there is a God and I asked him why he would say that suddenly. He said to me “Michael, I researched you and your great-grandfather who was burnt to death. My own grandfather was the cantor-rabbi in the synagogue and also died in that fire. Only God could have brought us together.”

I professed to Peres that we needed to have a book memorializing our ancestry of the two rabbis and the wooden synagogue.

ASIDE FROM sharing a personal connection in history, Peres trusted me with facts and stories of today. At that dinner in Rome, he asked me what I wanted to talk about tonight.

For the next hour and a half, Peres told me how he had pioneered Israel’s nuclear program, despite several times having his adviser interrupt with “Mr. President, these are state secrets.” Peres would just continue by saying “Don’t worry, Michael can keep a secret.”

Despite all of the happy memories, the story of Peres being brought to the hospital will always be imprinted as one of the saddest days of my life. It was on that day we were to meet in person about compiling that book on our joint history.

I went to the hospital to grieve and pray for my dear friend and beloved hero. Yona Bartal, executive director of the Peres Circle at The Peres Center for Peace and Innovation, was always by his side. He told me that Prime Minister Benjamin Netanyahu had called three times to update him about the top doctors from around the world he had called to assist. Tragically, none would make it in time.

I lost a dear friend and mentor on that day. Peres believed in me and my vision. He was gracious, kind and considerate. What he accomplished for the State of Israel and the Jewish people is absolutely astonishing and will be remembered throughout history.
I will conclude with this. Shimon Peres was a beloved man and all who knew him loved him. I am one of those who had the privilege and honor of knowing him.

The writer is a #1 New York Times bestselling author with 96 published books. He is the founder of Friends of Zion Museum in Jerusalem; the late Shimon Peres, Israel’s ninth president, was its chairman. He also serves on the Trump Evangelical Faith Initiative.

1) Iran’s Islamic Revolutionary Guards Corps commander Major General Hossein Salami declared that the elimination of Israel from the world map is an achievable goal, which will be attainable as part of the second step of the Islamic Revolution.
2) The Syrian and Iraqi governments announced the reopening of the Al-Qa’im border-crossing, a major Mideast supply route that has been subject to repeated bombardments that were attributed to Israel.
3) Iraqi Prime Minister Adel Abdul-Mahdi revealed, with regard to five-separate mysterious attacks against installations belonging to the Iranian-backed Popular Mobilization Forces in Iraq, that “Some of the investigations carried out by Iraqi authorities provided important indications that Israel was behind some of these attacks.”