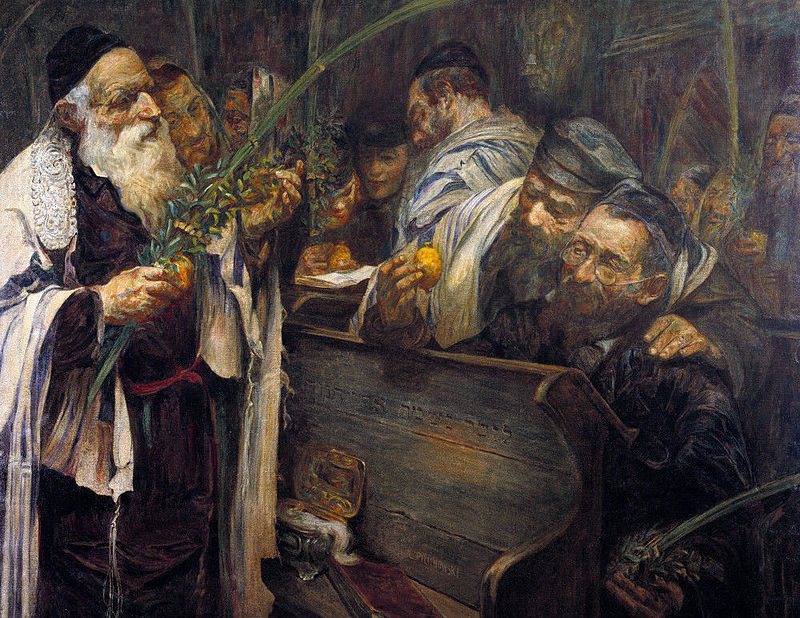 EVANGELICAL ZIONISTS AND THE FEAST OF TABERNACLES

The Feast of Tabernacles, or in ancient Hebrew, Sukkot, is a week-long holiday that takes place in the early fall, at the start of the Jewish calendar year. This holiday commemorates the miraculous shelter and protection of the “Clouds of Glory” over the people of Israel as they traveled from Egypt to the Holy Land. As G-d protected his chosen people during these times, the Jewish people celebrate and reaffirm their trust in His providence by building and dwelling in a Sukkah –an outdoor hut of temporary construction with a roof covering of branches or leaves – for the duration of the holiday. This holiday was one of three occasions during biblical times that Jews from around the world would pilgrimage to Jerusalem for the festivities.

Today, the Feast of Tabernacles’ celebrations in Jerusalem has become a magnet for tens of thousands of Evangelical Friends of Zion from every continent. These pilgrims travel great distances to express their love for, and solidarity with, the Jewish people. During their visit to the Holy Land, these devoted Christians come to pray for peace in Jerusalem and extend their blessings to the State and People of Israel. It is truly a beautiful sight to see so many people from China, Germany, Russia, South Africa, Austria, Brazil, the United States, and other countries gathering in unity and happiness.

Evangelicals have become a dominant force of global support for Israel. They use their voices to actively fight for justice for the Jewish people and condemn the BDS community. The American Evangelical community, in particular, is unapologetically pro-Israel, Christian Zionist. In the 2016 United States elections, the Evangelical vote behind Trump’s pro-Israel stance was the largest turn-out in American history for any presidential candidate. It represented over 36 percent of the electorate. In addition, as a member of Trump’s Evangelical Faith Initiative (a group of Evangelical leaders who advise the president), I can personally attest to the everlasting support of the Evangelical community in building a prosperous US-Israel bond

In 2015, I had the privilege of founding and opening the Friends of Zion Museum with the late 9th President of Israel, Shimon Peres, as the International Chairman. The goal of the museum is to educate its hundreds of thousands of guests and 66 million global supporters about the Christian Zionists who assisted and supported the Zionist dream over the years.

The Museum is located in the very heart of Jerusalem and was built with state-of-the-art technology that is second-to-none. At the Friends of Zion Museum, guests participate on a tour through time, and experience a storytelling approach that illuminates the history of how much Christian Zionists have contributed to the Zionist dream. I would like to personally invite the pilgrims of the Evangelical community to join us in this time of celebration as people around the world observe the Feast of Tabernacles.

The Museum is more than just a recording and telling of significant events in history. It is the mission of the Friends of Zion Museum to also honor those who stand up for justice in defending Israel and the Jewish people today. In December 2017, US President Donald Trump received the “Friends of Zion Award” in the Oval Office at an event attended by Vice President Mike Pence, senior advisers Jared Kushner and Ivanka Trump, and faith leaders representing over 150 million Christians globally. The Friends of Zion Award, the FOZ Museum’s highest honor, is only given to world leaders who have gone ‘above & beyond’ for the Jewish people and the State of Israel. Some of the other honorary recipients include 43rd US President George W. Bush, Brazilian President Jair Bolsonaro of Brazil, Guatemalan President Jimmy Morales, the 4th Bulgarian President Rosen Plevneliev and more.

I am proud to say that on November 3rd, 2019, the Friends of Zion Museum will be tripling the size of its campus with the grand opening of the Friends of Zion Media Center. Attending the event will be 150+ reporters, politicians and delegations from around the world, and the Prime Minister of Israel. Under its newly expanded premise, FOZ will have a prestigious online university, a top-led think-tank, and a Start-Up Nation level communication center.

The online university will revolutionize how Zionism is taught and presented to the masses. The Friends of Zion University has even partnered with Blackboard, the world’s largest educational platform. Blackboard is a $2.3 billion organization that is dedicated to helping solve the most critical challenges in today’s ever-changing environment to increase student success. The joint mission will help millions fight anti-Semitism and distribute the necessary tools to defend the Jewish people and the State of Israel.

The Friends of Zion Think-Tank will focus on strategizing ways to spread the message for the need to support and protect the state of Israel. Its method will be one that adapts to the daily changes in the 21st Century; it will build a road map for decision-makers and enlighten the epicenters of politics, economics, and media for hundreds of millions.

There are thousands of guests that visit the Friends of Zion Museum and, in hearing the stories of non-Jewish Zionists, these guests have requested from us a means to broadcast their inspiration to the masses. This need has led the Friends of Zion to open up a technologically advanced communication center to reach its growing 66 million member community. This active community will now be able to hear from leaders and celebrities whom they look up to, and can hear about their personal experiences at the FOZ Museum.

The Friends of Zion Museum is thankful for all of its supporters and patrons and would like to express its gratitude on this holiday, the Feast of Tabernacles. Once again, I personally extend my invitation to all Evangelical Christians, and to everyone around the world who is celebrating this wondrous time, I wish you a Happy Holiday.

Mike Evans is a #1 New York Times bestselling author with 96 published books. He is the founder of Friends of Zion Museum in Jerusalem of which the late President Shimon Peres, Israel’s ninth president, was the chair. He also serves on the Trump Evangelical Faith Initiative.