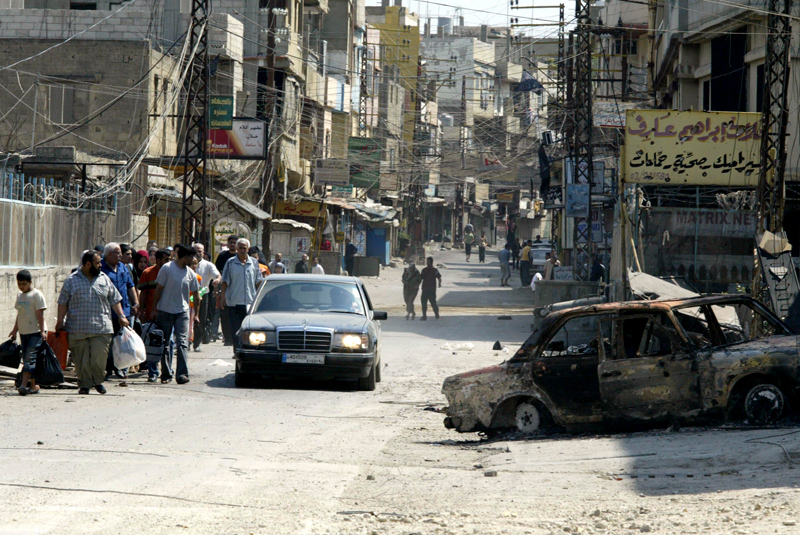 Distort the Record of David Ben-Gurion

Tom Segev’s well-written biography of Israel’s first prime minister, A State At Any Cost: The Life of David Ben-Gurion, is undercut by the author’s biases and penchant for narrative.

It would be hard to imagine Israeli Prime Minister Benjamin Netanyahu publishing an op-ed in The New York Times on Buddhism. But back in April 1962, the first Israeli premier, David Ben-Gurion, did precisely that — but only after spending weeks studying with religious scholars as a personal guest of the prime minister of Burma, today’s Myanmar. Ben-Gurion even insisted, much to the consternation of his teachers, “that he had discovered a self-contradiction in the Buddha’s doctrine that no one else had ever noticed.” It turned out that he was wrong; it was a translation error.

As Segev makes clear, Israel’s founding father was both exceptional and eccentric. And nearly five decades after his passing, Ben-Gurion remains iconic, with a legacy and career that are arguably unmatched in the small nation’s modern history.

As his private secretary, Yitzhak Navon, once observed, “Without Ben-Gurion, the State of Israel would not be in existence — and this I can say about nobody.” Indeed, long before he was making history, Ben-Gurion was its avid student.

As Segev notes: “He saw himself, and was seen by others, as an incarnation of history.” To a great extent, this was the result of the tremendous willpower that he displayed throughout his life.

He was born David Gruen in the Polish town of Plonsk, then part of the Tsarist Empire, in 1886. Although the family’s language was Yiddish, Ben-Gurion learned Hebrew at an early age. He was only 14 when, along with some friends, he founded an organization called Ezra, which sought to promote the use of Hebrew in everyday life. Tellingly, it was his “first public initiative.”

Ben-Gurion was born at a time in which Zionism, the belief in Jewish self-determination, was nascent. The Jewish faith has long called for a return to Zion, the Jewish people’s ancestral homeland. But spurred by increasing antisemitism and the growing recognition that they would never be allowed to fully assimilate, Jewish thinkers like Moses Hess, Leon Pinsker, and, much later, Theodore Herzl argued for the creation of a Jewish national home. At the time of Ben-Gurion’s birth — and indeed, for much of his life — it was a movement supported by a small, albeit growing, number of Jews.

As the son of one of the first Zionist activists in Plonsk, David Gruen was, in his own words, “born a Zionist.” In 1906, at the age of 20, he left Europe and landed in Jaffa, then part of the ailing Ottoman Empire. He soon took the Hebrew name of David Ben-Gurion and sought to refashion himself into the archetype of the “new Jew” that the Zionist movement idealized; sturdy and tough pioneers who were self-reliant and worked the soil. But like other new arrivals, he was often starving and sick. He took to organizing workers instead.

When World War I erupted, Ben-Gurion was studying law in Istanbul. Siding with the Central Powers, the Ottoman Empire repressed its minorities. Ben-Gurion was deported and spent much of the war in the US, either on tours extolling Zionism or in the New York Public Library writing a book promoting settlement in the Jewish people’s ancient homeland.

By November 2, 1917, the British government was on board, with a majority of the cabinet declaring itself in “favor” of the “establishment in Palestine” — then but a small area of the Ottoman Empire — of a “national home for the Jewish people,” as stated in what came to be known as the Balfour Declaration. The post-war years witnessed Ben-Gurion’s slow and unsteady rise as leader of the Histadrut, the national trade union that he founded in 1920.

Control of the Histadrut gave Ben-Gurion influence in the Yishuv, as the pre-state Jewish community in British-ruled Mandate Palestine was known — but not necessarily in the Zionist community outside its borders. There, Ben-Gurion faced rivals like Chaim Weizmann, a chemist whose charm and friendly relations with key British politicians made him Zionism’s preeminent leader for the first few decades of the 20th century.

But in the face of an Arab population whose hostility to Jewish social and political equality manifested in an orchestrated terror campaign, the British began to turn away from the Balfour Declaration. With war clouds gathering over Europe, the British unsuccessfully sought to appease key Arab leaders like Amin al-Husseini — a future Nazi collaborator — by preventing Jewish immigration into Mandate Palestine at the very moment when the Third Reich’s campaign of genocide was taking hold, effectively sending countless numbers of the continent’s Jews to their deaths.

British backtracking helped boost Ben-Gurion’s standing. By the end of the next war, “the Old Man” as he was now known, was effectively Zionism’s outstanding leader. With the UN’s November 29, 1947 vote to partition Mandate Palestine into two states, one Arab and one Jewish, he became indispensable. The armies of five Arab countries, in conjunction with al-Husseini’s forces, rejected the opportunity for Palestinian Arab statehood and declared war on the fledgling Jewish nation.

Israel managed to fend off its attackers, but suffered a high casualty rate, losing an astonishing one percent of its population. Elected as Israel’s first prime minister, Ben-Gurion and the party that he founded, Mapai, dominated Israeli politics in its foundational years. With keen pragmatism, he made decisions that shaped Israel for decades to come.

A self-described socialist, Ben-Gurion nonetheless sided with the US during the Cold War. Although a man who idealized the kibbutz, the collective agrarian communities that populated Israel’s countryside, he revered science, even offering the largely ceremonial post of president to Albert Einstein (Einstein declined and Weizmann received it instead). The one constant was his unbending belief in the necessity of Jewish statehood and self-reliance.

At the time of his death in December 1973, Ben-Gurion had been out of office for a decade. The man who had come to a rural outpost of the Ottoman Empire and briefly made a living squashing grapes in a barrel to create wine had lived to see the creation — for the first time in two millennia — of a Jewish state, which had successfully fought three wars, integrated nearly a million Jewish refugees expelled from Arab states, and possessed nuclear weapons.

The return of Jewish sovereignty, a historical occurrence born amid world wars and the tragedy of the Holocaust, is a story perhaps unparalleled in modern history. But Segev’s biography of Israel’s outstanding leader, the indispensable man who acted as its shepherd, does not do it justice.

Segev is part of the “revisionist” group of Israeli academics and journalists who, for the last three decades, have been determined to reinterpret Israel’s founding period. As the historian and future Israeli politician Michael Oren noted in a 2007 review of Segev’s 1967, the revisionist used “rhetorical acrobatics” and “glaring omissions” to make the novel case that Israel — and not the Arab nations that explicitly sought its destruction — was somehow responsible for the Six Day War.

Segev uses a similar level of selectivity to portray Ben-Gurion, and implicitly Israel’s founding, in a negative light.

As the historian Efraim Karsh noted in his Wall Street Journal review of the book, Segev displays a penchant for selectively quoting Ben-Gurion and other Zionist leaders, often taking their remarks on everything from Arabs to the Nazis out of context.

Francine Klagsbrun, the author of an excellent recent biography of Israeli Prime Minister Golda Meir, has also observed that Segev misleadingly imparts a sinister connotation to the idea of “Hebrew labor,” which is “widely understood to refer to manual work by Jews.”

Segev, however, portrays it as a “means for Jews to displace Arab workers and control the labor market.” He even, she observes, tries to link it as a partial motive for Israel’s 1948 War of Independence — a war of self-defense that the Arabs chose. In fact, before that war, Arab immigration to Mandate Palestine increased as a result of Zionism — with many arriving to take advantage of the jobs and industry created by the Jewish rebirth in the desert.

Segev’s sleight of hand is meant to serve the narrative that undergirds his entire book: “The supposedly deliberate and aggressive dispossession of the Palestinian Arab population,” as Karsh puts it. And quotes are not the only thing Segev twists to serve that vision.

Indeed, Amin al-Husseini — the leader of the Palestinian Arab movement opposed to Zionism — barely makes an appearance in Segev’s 806-page book. That al-Husseini, along with other Arab notables, initially sought to join the Syrian Mandate — with King Faisal of the Hashemite family from present-day Saudi Arabia on the throne — is omitted.  When al-Husseini and others orchestrated anti-Jewish violence in April 1920, it was done to a background of chants of “Faisal is our King.” This, and the fact that many leading Palestinian Arab families — including anti-Zionists like the Husseinis and the father of Ahmad al-Shukeiri, the first head of the Palestinian Liberation Organization (PLO) — actually secretly sold land to Jews, is also ignored.

Segev gives short shrift to Palestinian culpability — including the constant rejection of a Palestinian state if it meant living next to a Jewish one. In so doing, he fails to tell the full story of Israel’s creation and the trials experienced by its first prime minister.

The decision to shape the biography of a complex man around a pre-fashioned narrative is regrettable. Still, key aspects of Ben-Gurion’s character come through: his indomitable will, his eclectic interests and passions, and his unfortunate tendency to demonize his political opponents.

The British statesman and author Benjamin Disraeli once wrote, “Read no history: nothing but biography, for that is life without theory.” This biography, unfortunately, is undercut by its penchant for pushing the author’s theories at the exclusion of historical fact.

Sean Durns is a Senior Research Analyst for the Washington DC office of CAMERA, the 65,000-member, Boston-based Committee for Accuracy in Middle East Reporting and Analysis.

JORDANIANS DETAINED IN ISRAEL RELEASED, CROSS BACK TO JORDAN

Jordan last week had recalled its ambassador, Ghassan al-Majali, to protest the arrest. Based on an agreement worked out between the two countries, Majali said that he would return to Israel.

The two Jordanian citizens detained in Israel at the center of a diplomatic crisis between Jerusalem and Amman crossed the border at the Allenby crossing after being released from prison on Wednesday.

On Wednesday morning, Joint List MK Ahmad Tibi wrote on his Twitter account, in both Hebrew and Arabic, that Heba al-Labadi, 24, and Abdul Rahman Miri, 29, were going to be freed within an hour.

On Monday, Israel said it was planning to release the two, who were jailed on suspicion that they constituted a security risk.

Jordan last week had recalled its ambassador, Ghassan al-Majali, to protest the arrest. Based on an agreement worked out between the two countries, Majali said that he would return to Israel.

The exchange came after lengthy protests for the release of the detainees, including a social media campaign, which focused in particular on Labadi, who went on a hunger strike 41 days ago. She ended the strike on Tuesday.

In announcing the deal, the Prime Minister’s Office spoke of the importance of the relationship between the two countries, which was cemented in a peace deal signed 25 years ago last month.

“Israel views the relationship between Jordan and Israel as a cornerstone of regional stability, and will continue to act to ensure the region’s security,” the office said.

It explained that “Jordan will return its ambassador to Israel in the coming days, after an agreement was reached between the countries for the transferring of the responsibility of the two arrested Jordanians in Israel to the Jordanian security forces.”

Tovah Lazaroff contributed to this report.