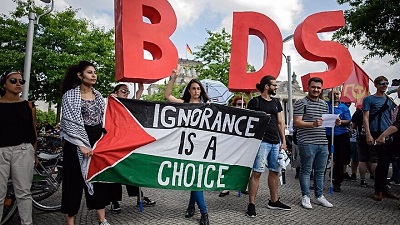 ‘For the first time, I’m ashamed to be a politician’ 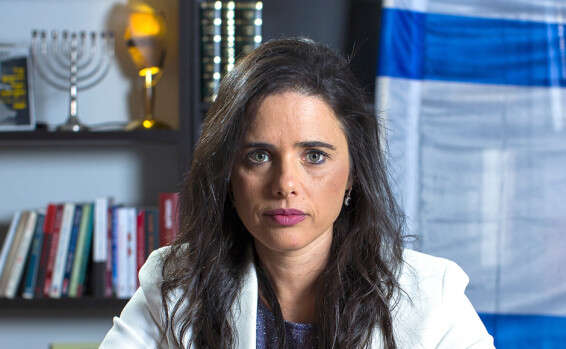 Two years running, (2018 and 2019), Yamina MK Ayelet Shaked has been ranked No. 1 on a list of the most influential women in Israel. In her four years as justice minister, she spearheaded wide-reaching reforms to the legal system, and unlike current Justice Minister Amir Ohana, she enjoyed good relations with the attorney general and the state’s attorney rather than fighting with them in public.

“We knew how to respect each other,” Shaked says.

Q: Recently, you argued that the legal system is too involved in government affairs and in the authorities of ministers in the transitional government. What did you mean?

Q: If Prime Minister Netanyahu wins the next election, can he assemble a government, even with three indictments against him?

“Because the legislative branch decided that a prime minister can stay in office and be on trial while under indictment, no court has the authority to interpret the law differently. The legislative branch never decided that an MK under indictment cannot be given the mandate to form a government. To prevent Netanyahu from forming a government after the election, there would have to be some fancy legal footwork, and that’s dangerous for democracy. The public will decide on March 2 whom it wants to lead the people, not the judges.”

Q: Who is responsible for us having to hold a third election?

“The responsibility lies with Blue and White. I don’t understand why they didn’t accept the president’s compromise deal. There was no argument about any fateful issue. Blue and White were willing to join a government with the entire religious/right-wing bloc. They had a problem of principle to serve under a prime minister who was indicted.

Q: Were you part of the effort to avoid a third election?

“I tried to do what little I could … I had a few meetings with [Yisrael Beytenu] leader Avigdor Lieberman and [Blue and White leader] Benny Gantz to convince them that Netanyahu would honor the deal, that there was no chance he wouldn’t, because of the guarantees that he as well as the rest of the factions in the bloc were offering.”

Q: How does a third election in under a year influence the public’s attitude toward politics?

“It’s terrible. This is the first time that I’m ashamed of being a politician. The political system is harming the public. Because the legal system paralyzed transitional governments, people are now being hurt. The health care system is suffering because budget funds aren’t being transferred, and the nonprofit sector is being harmed, as a result of which a lot of nonprofit organizations aren’t getting their money.”

According to a poll published by the religious Zionist website Kipa, if a united religious Zionist party were to hold primaries, Shaked [who is secular] would have the support of 84% of the voters for the top spot on the list – putting her ahead of Naftali Bennett, Bezalel Smotrich, or Rafi Peretz. When asked if she would support a united religious party, Shaked responds: “We need to see what is best, running as one national-religious list, like we did as Yamina, or running as two separate lists in order to expand the bloc. I definitely tend to support the idea of one large list, and in the next few days we’ll need to make a decision.”

Q: Do you support the proposal that the government annex the Jordan Valley? Does a transitional government have the authority to do so, and aren’t you afraid that the move will cause a diplomatic crisis with Jordan?

“A transitional government has the authority because the governments under [Ehud] Barak and [Ehud] Olmert held negotiations about Israeli territory and dividing Jerusalem, too. As for the concern that such a step might lead to a diplomatic crisis with Jordan, I want to remind people that when Menachem Begin was prime minister and he wanted to apply Israeli law to the Golan Heights, people threatened him that it would cause a war with Syria. Recently, when Naftali Bennett approved the construction of a [new] Jewish neighborhood in Hebron, people threatened him it would cause a war with the Palestinians. Every time, there are threats. If there is support from the American administration to apply Israeli law to the Jordan Valley, we have to do it.”

Q: Was it frustrating to go from being justice minister to just another Knesset member?

“Political life is like a wheel. Everyone in politics needs to know that it’s a marathon. There are better times, and there are worse times. I could have been a minister now, since Netanyahu offered us two portfolios or the defense portfolio. I preferred for Bennett to take the defense portfolio because it seemed more important. Even after I was a very influential justice minister … I can go back to work as a regular MK in the Knesset because all parliamentary work is important.”

Q: Are you worried that the Right might be voted out of power in the next election?

“I’m very worried about the future of the right-wing government. We are facing a very difficult election campaign. We’ll do everything to ensure the Right stays in power.”

In her four years as justice minister, Shaked made considerable accomplishments. When she is asked what her most important achievement was, she answers, “One of my biggest achievements was appointing judges … In my term as chair of the Judges Committee for Legislation, 334 judges were appointed or promoted. Six of the 15 justices on the Supreme Court were appointed during my term. It was very important to appoint patriotic, conservative judges, and that was the crowning glory of my achievements.”

Q: The current justice minister claims there are leaks from the State Attorney’s Office. Did you encounter that?

“There are a lot of leaks, mainly from defense attorneys, after they get material from the investigations. But there are leaks from the prosecutors and the police, as well, and that is something we must fight to stop. It’s nothing new. There have always been leaks, and in the past there were more than there are now. If the top officials in the system wanted to wage war on leaks, they could.”

Q: How did you go against the opinions of senior officials in the legal system to find and approve the appointments of patriotic, conservative judges?

“Every judge arrives with his own worldview, and we cannot ignore the fact that everyone has their own views, and that eventually it influences the law.”

Q: Did you initiate the regulation of Judea and Samaria settlements?

“Definitely. When I arrived at the Justice Ministry, I took on the matter immediately, and with the help of the attorney general, we developed legal tools to regulate settlement outposts. In addition, we changed all the government’s responses to the High Court on the matter of settlement regulation, because before that, the government tended to inform the High Court that it intended to evacuate an outpost because it was located on problematic land. I changed the custom, and a representative of the state would inform the High Court that we would be looking for solutions rather than evacuating outposts.

“In addition, in my time [as justice minister] there was a reform to the tabu [land registry] on the matter of registering ownership of land, because until I arrived the process would take three months. Today, almost everything is done online. That saves 600 million shekels [$172 million] and thousands of hours of work.”

Q: What plans did you fail to promote?

“I didn’t manage to make the override bill [which said that the Supreme Court could not cancel laws passed in the Knesset unless done so by a full panel] part of the Basic Bill: The Knesset. I think that all the tension between the branches of government could have dissipated if we had passed the [amended] basic bill in our previous term, but unfortunately, Kulanu did not allow me to move forward with it.”

A British media pundit and former Arsenal winger has apologized for saying during a live radio show that a soccer player was having “a Holocaust of a game.”

On the TalkSPORT show “The Warm Up” on Sunday, Perry Groves was discussing Sheffield United’s win over Brighton the previous day with co-host Max Rushden, and when talking about goalkeeper Mat Ryan’s performance in the match, he said the player “had a Holocaust of a game.”

Shortly after he made the comment, Groves apologized live on air saying, “I’d just like to sincerely apologize for my misuse of words earlier. I didn’t mean to offend anybody and if I have offended anybody I’m truly, genuinely sorry and that is from my heart.”

Despite his apology, outraged listeners quickly took to Twitter to call out Groves’ “disgusting use of words,” describing the comparison as “unbelievably offensive.”

One Twitter user wrote, “that’s a really, really s*** choice of language!!” while another said, “Perry Groves describes a goalkeeping performance just now as ‘an absolute holocaust.’ Was the goalie and his family gassed and his bones used as fertilizer?”

Joseph Reiselson, 72, a London taxi driver who heard Groves made the comparison live on the radio, said, “I was in total shock — he could have used any words, anything else to describe the performance, but to use those words is just disgusting. I lost half of my family to the Holocaust and it really upset and angered me hearing him use those comments to describe a football game of all things.”

“I phoned up to complain immediately and the man at talkSPORT who spoke to me said that I wasn’t the only one to call up about his comments,” he added. “Groves should never ever be back on a sports show ever again and yet nobody at talkSPORT has phoned me back like they said they would and he’s due on the radio later today! It’s disgraceful and he shouldn’t be allowed on.”