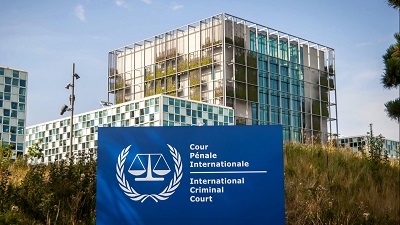 Israeli Prime Minister Benjamin Netanyahu and his top political rival, ex-IDF chief of staff Benny Gantz, have been invited to a White House meeting next week for a discussion with US President Donald Trump about his long-awaited “Deal of the Century” peace proposal.

“The United States looks forward to welcoming Prime Minister @Netanyahu & Blue & White Chairman @Gantzbe to the @WhiteHouse next week,” Trump tweeted on Thursday. “Reports about details and timing of our closely-held peace plan are purely speculative.”

The invitation was officially proffered by US Vice President Mike Pence, who was in Jerusalem on Thursday to the World Holocaust Forum at Yad Vashem.

Pence met with Netanyahu at the US embassy in the Israeli capital on Thursday.

Netanyahu told Pence, “I gladly accept your invitation, his [Trump’s] invitation to come to Washington and discuss with him his ideas on how to advance peace and to work closely with him to advance that goal.”

“I suggested that Benny Gantz be invited to this event as well, because I think that it’s important that we do not lose this historic opportunity,” the Israeli leader added. “With such friends in the White House, with such backing from the United States, we should get as broad a consensus as possible around the efforts to achieve security and peace, peace and security for the State of Israel.”

“I look forward to doing both, and I thank you again for your extraordinary friendship,” he concluded.

A spokesperson for Palestinian Authority President Mahmoud Abbas, Nabil Abu Rudeineh, stated, “We warn Israel and the US administration not to cross any red lines.”

The planned sit-down marks a reversal from the Trump administration’s previous intention of waiting to move ahead with its peace initiative until after the upcoming Israeli elections in March.

The Israeli news site Walla reported that the White House was debating when to make the plan public, and Netanyahu, backed by US Ambassador to Israel David Friedman, was pushing for an immediate unveiling.

Mako said the proposal was expected to be extremely generous toward the Jewish state, recognizing all of its settlements in the West Bank as sovereign Israeli territory.

Sources who have seen the map set to be presented to Netanyahu and Gantz have said, “There’s never been anything like it.”

One potential concession from Israel is rumored to be recognition of a Palestinian state. However, it is widely believed the Palestinians will reject the plan sight unseen, giving Israel a “green light” to annex the settlements without concessions.

A senior official in the Israeli settler movement told Mako, “There is a unique historic opportunity here. We will support the move, but we will not agree to a Palestinian state.”

Walla reported that Defense Minister Naftali Bennett, a staunch right-winger opposed to territorial concessions, agreed, saying his Yamina party would “not allow land to be transferred to Arabs or to establish a Palestinian state.”

“The State of Israel may be facing a historic opportunity, along with significant risks,” he said.

Bennett added that Trump, his top adviser and son-in-law Jared Kushner and Ambassador Friedman were “true friends of Israel.”

Transportation Minister Bezalel Smotrich of the far-right National Union party, who has been pushing for annexation, said, “There are probably opportunities, but also a few risks. We are here to maximize the opportunities and neutralize the risks.”

“One of the most important reasons I went into public life is to preserve the Land of Israel and develop it and prevent its division with all my might,” he added. “That is what will guide us now.”

1) Dozens of world leaders attended a commemoration ceremony of the Fifth World Holocaust Forum today, at Jerusalem’s Yad Vashem Holocaust Memorial Museum, during which Israel’s leaders called on their counterparts to join a collective global battle against anti-Semitism.
2) The Islamist Hamas organization condemned Israel for killing the three-armed Palestinians that infiltrated Israel’s territory from the Gaza Strip, calling the defensive Israeli measure – “an ugly crime.”
3) IDF forces defused an explosive charge – which was concealed in a soccer-ball that was tied to a bundle of balloons – near an Israeli border-community, within the Sha’ar Hanegev regional council.