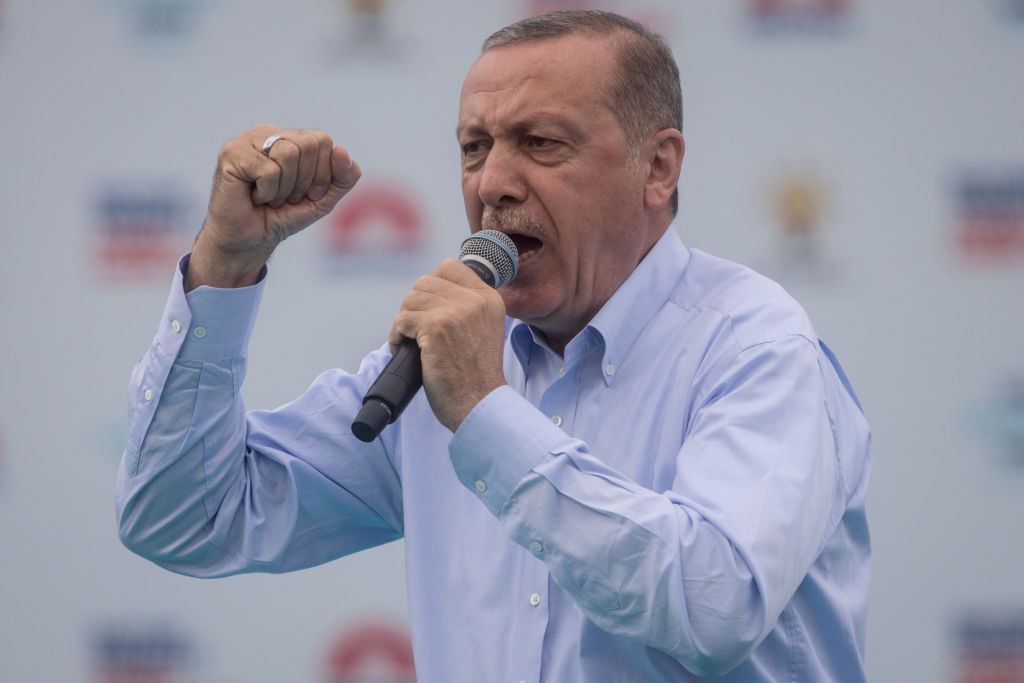 For years, a special report gathered dust in the archives alleging that the forerunner to the Israeli army paid the Irgun to blow up the King David Hotel

The bomb blast at the King David Hotel in Jerusalem, July 22, 1946. The terror attack left more than 90 dead, including Brits, Arabs and Jews. Credit: NOEL / AP

Three months after Jerusalem’s King David Hotel was blown up in July 1946, an unusual report appeared in the intelligence service of the Haganah. “The Haganah paid 70,000 Palestine pounds to the Irgun to blow up the King David Hotel,” stated the document, which has been gathering dust in an archive for decades.

Avraham was shocked to read that the Haganah – the forerunner of the Israel Defense Forces, founded by the Labor movement – had funded the country’s deadliest terror attack. The bombing had been carried out by the Irgun underground militia under the command of Menachem Begin, who would go on to become prime minister some 30 years later.

The document was recently found in the Haganah archive by Avichai Avraham, 35, a history of Israel student at Bar-Ilan University, Ramat Gan.

“The document is fascinating because it reminds us that there are still things that are hidden from those days,” Avraham said last week. He discovered the document as part of in-depth research, revealing that a more complex story lies behind the story, centering on a Jewish journalist who was denounced as a liar and a traitor: George Marantz.

Marantz, of whom little is known, was accused by many in the Yishuv – the Jewish community in what was then British Mandatory Palestine – of inventing the story to sow discord in the Zionist movement.

The contacts between the Haganah and the Irgun are dramatically described in the document. It was claimed that the local Jewish leadership had decided to take revenge on the British for the so-called Black Sabbath – June 29, 1946, when the British authorities launched a major operation to round up Jewish fighters and weaponry. According to the document, the Haganah refused to carry out the planned revenge mission “because only people trained in commando action can do it,” and so the Irgun was handed the task.

According to the document, on July 8, 1946, “the Haganah people were taken blindfolded for a meeting with Menachem Begin.” On the agenda was payment for the planned action. “The Irgun demanded 100,000 Palestine pounds,” but the sum agreed on was 70,000 pounds, “on condition that there be no victims,” the report stated.

On July 22, the Irgun carried out the attack on the King David Hotel – one of the symbols of British rule in Mandatory Palestine – because it was the main headquarters of the British administration. Disguised as Arab waiters, the Irgun team entered the hotel kitchen with large milk cans containing 350 kilograms (770 pounds) of explosives and a detonator. After they set the cans down inside the building, they fled. The hotel was not evacuated despite phoned warnings by the Irgun before the attack.

All seven stories of the southern wing of the hotel were destroyed in the blast and more than 90 people were killed, including Brits, Arabs and Jews. Haaretz called the attack “horrific.”

According to the document, the high number of victims led to an argument between the Haganah and the Irgun – during which the Haganah refused to pay the agreed sum “because there were 100 dead.” But later it was claimed that after the Irgun threatened to make the agreement public, “the sum was paid.”

A kernel of truth

The story, which has not been confirmed by any other source, nevertheless contains a kernel of truth: the role the Haganah played in the attack. The bombing was carried out in the framework of an umbrella organization of Jewish underground militias, which coordinated attacks on the British led by the Haganah. It was Moshe Sneh, head of the Haganah’s countrywide command, who ordered the Irgun to implement the attack, writing to Begin: “You must carry [it] out as soon as possible,” using a code word for the King David Hotel.

After the attack, in light of the dire consequences, the leaders of the Yishuv published a scathing public statement expressing their “feelings of horror over the unparalleled abominable act carried out today by a gang of criminals.” The Irgun waited a year before releasing a statement of its own, decrying what it called hypocrisy and lies.

However, historians who have studied both the Irgun and the Haganah told Haaretz they had never heard that the Haganah had funded the bombing.

Peleg Levy of the Toldot Yisrael project which is documenting Israel’s “1948 Generation,” said he had never heard “even a hint” of this after interviewing hundreds of people, some of them members of the underground movements.

Levy called it “fake news from the days of the underground militias, which would have shaken up all discussion of the bombing.”

The document in the Haganah archive claiming that the Haganah paid the Irgun 70,000 Palestinian pounds to carry out the King David Hotel bombing in 1946. Credit: Avichai Avraham

Nevertheless, Levy added that there were spies in the underground movements who planted various intelligence reports in the party newspapers and among various interest groups, including anti-Zionist ones.

Levy’s historical research into the Jewish journalist Marantz – whose name is quoted in the document as the source of the information – revealed a story within a story.

According to some reports, Marantz was born in Russia, emigrated to Austria and from there to Turkey. Finally, during World War II, he arrived in Mandatory Palestine, from where he reported for British and French newspapers.

The website Historical Jewish Press, which documents thousands of pages of old newspapers, contains a number of negative articles about Marantz. “Clear anti-Zionist” and “Full of hate for the Jewish project in Palestine,” Haaretz wrote, adding: “He had no roots and therefore remained foreign everywhere, and also strange.”

The Revisionist newspaper Hamashkif called him “a convert, detestable … apostate … hater of Zion and Israel.” In another report in that same newspaper, he was called “one of the greatest liars among the foreign affairs reporters in Jerusalem. His lies are always aimed at defaming the Zionist project in the country.”

The left-wing Hashomer Hatzair newspaper, Al Hamishmar, did not spare Marantz either: “He is infamous … he is prominent in his anti-Zionist positions and falsehoods.”

Marantz seemingly aroused the ire of these media outlets for his false reports, including one about masses of Jews seeking to leave Mandatory Palestine but being blocked by Jewish terror activists. Another of his reports stated that a Jewish terror group had been established to fight the Jewish institutions in Mandatory Palestine. Marantz, for his part, blamed “Zionist propaganda” for spreading lies about events in the country.

In October 1946, after he published his report about the King David Hotel blast, which made its way into the Haganah’s intelligence files, he suddenly left the country. As was his wont, he did so with a dramatic slam of the door.

Writing in the British Daily Mail newspaper, he said he was filing his last communique from Mandatory Palestine and was leaving because he had received a death threat from the Haganah. He reported that two Haganah operatives came to deliver the threat bearing submachine guns, which they pointed at him when he opened the door. According to his report, a young woman translated their death sentence for him in poor English. Marantz added that a British police officer warned him they would kill him if he persisted.

The Jewish media in Mandatory Palestine dismissed Marantz’s story about his departure, saying he had invented it. Did he also invent the story of the Haganah’s financial backing for the King David Hotel bombing?

It seems so, given that no mention of this has been found in any other archival documents or undergound members’ testimonies. However, Avraham – who has incorporated the document into his future master’s thesis on intelligence materials associated with the King David bombing – doesn’t rule out the possibility that there is some element of truth in the document.

“Clearly, the Haganah would deny its content – but then, it also denied any knowledge of the action. If this document was complete nonsense, why hide it in the archive for so long? And why are there still confidential documents related to this story?” Avraham asked.

Be that as it may, Haaretz at the time welcomed Marantz’s departure: “A professional journalist must admit that there are all kinds of ‘types’ in his field, but we would be better off without them. There are liars and inventors of stories who are experts in this. There are profiteers in journalism. There are people who pretend they do it for party reasons. Others believe that passionate ‘patriotism’ will justify lies and distortions. There are those who wear a skullcap and believe this will purify the uncleanliness of dirty journalism. And there are simply scoundrels,” the paper wrote. “However, with the departure of the journalist who called himself George Marantz, Jerusalem’s journalists can regard their company more comfortably.”

Haaretz predicted that Marantz would continue his activities abroad, writing: “As is known, slander against the Jews opens many doors.” Indeed, in 1947, Marantz published a book in Paris called “The Curse of Ezra.” On its binding, a Star of David appears next to a swastika.

A few years later, after his name had popped up in various reports in the world media, he disappeared off the face of the earth.

Syrian air defenses on Monday intercepted a new Israeli “aggression” above the capital Damascus, state media said, in the latest wave of attacks that Western intelligence sources said were Israeli strikes on a major Iranian-backed ammunition depot on the edge of the capital.

Live footage on state television showed blasts across the skies of Damascus.

A Syrian military spokesman was quoted on state television as saying its air defenses thwarted most of the missiles that targeted southern Damascus suburbs, areas that Israel had hit in the past, before reaching their targets and inflicted only “material losses.”

Syrian military defectors said the strike targeted a major Iranian-run ammunition depot in Jabal al Mane near the town of Kiswa, where Iranian Revolutionary Guards have long been entrenched in a rugged area almost 15 kilometers (9.3 miles) south of the center of Damascus.

Other strikes hit Muqaylabiya and Zakiya towns near Kiswa where Lebanese pro-Iranian Hezbollah militia are deployed with other pro-Tehran militias in strength, according to two senior army defectors.

An official in the regional alliance that supports Iran said that there were no Iranian or Hezbollah casualties.

The severity of the blasts were heard in the capital and shook windows of several neighborhoods there, according to residents.

“The Israelis have targeted a major ammunition depot. There were several strikes and the blasts were huge. There are reports that Iranian personnel have been killed,” said Zaid al Reys, a Syrian analyst in touch with sources on the ground.

The bases in eastern, central and southern Syria which Israel had hit in recent months are believed to have a strong presence of Iranian-backed militias, according to intelligence sources and military defectors familiar with the locations.

Syria never publicly acknowledges that the strikes target Iranian assets in a country where Tehran’s military presence has covered most government-controlled areas.

Western intelligence sources say Israel’s stepped up strikes on Syria in the last few months are part of a shadow war approved by Washington and part of the anti-Iran policy that has undermined in the last two years Iran’s extensive military power without triggering a major increase in hostilities.

Israel has acknowledged conducting many raids inside Syria since the start of the civil war in 2011 where it sees Iran’s presence as a strategic threat.

Israeli defense officials have said in recent months that Israel would step up its campaign against Iran in Syria where, with the help of its proxy militias, Tehran has expanded its presence.