The woke world goes to war against ‘Wonder Woman’ 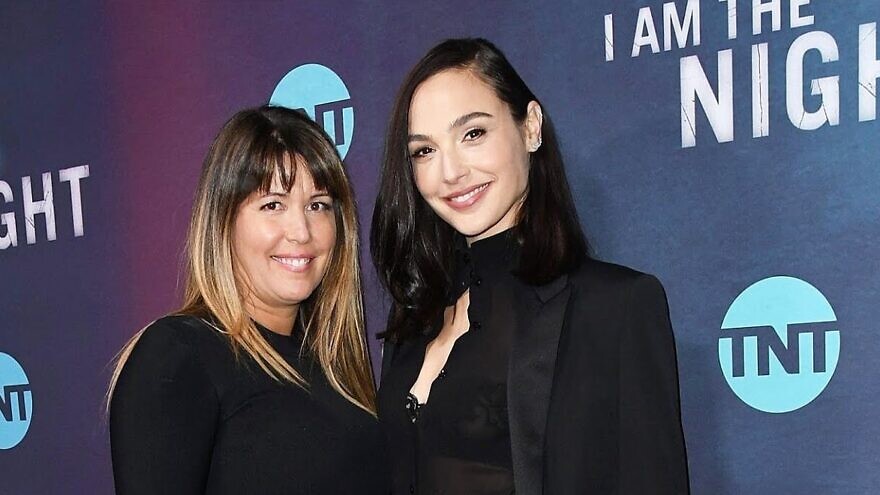 The backlash against the casting of Israeli star Gal Gadot as Cleopatra illustrates the insidious nature of the myths spawned by critical race theory and intersectionalism.

I’m not sure the world needed another movie about Cleopatra. And the career arc of Israeli actress Gal Gadot, who became an international superstar with her “Wonder Woman” films, isn’t something that matters all that much in the general scheme of things. Still, the announcement that Gadot would team up with Patty Jenkins, the director of her hit comic-book movie, to do a film produced by Paramount Pictures (with Gadot’s production company also playing a part) about the legendary queen of Egypt sent Twitter into a tizzy.

The buzz on social media about the project revealed that a lot of people think Gadot has no business stepping in the footsteps of Hollywood legends Claudette Colbert and Elizabeth Taylor in playing the ultimate vamp role. They think it’s wrong that someone who isn’t black or Arab—or at least brown-skinned—is getting the part.

A lot of those who spoke out on this issue simply resent Gadot for being Israeli, a veteran of the Israel Defense Force and that her family immigrated to the Jewish state from Eastern Europe (her maternal grandparents were Holocaust survivors, though her father is a sixth-generation sabra). But their beef isn’t just rooted in hatred for Jews and Israelis. Speaking in the language of race theory and intersectionalism, critics say the film is yet another act of cultural appropriation by colonizers in which the heritage of indigenous peoples of Africa and the Middle East are being stolen by whites.

That’s why this dustup isn’t just the usual nonsensical hype coming out of the entertainment world about a movie that is still in the planning stages. It matters because the debate about the prospective film illustrates the way ideological myths about race have distorted our public discourse and, more importantly, the way popular culture operates. The point being if studio heads and their sources of funding fear being “canceled” for casting a white Jewish woman as Cleopatra because the woke world demands a “person of color” in that role so much that they dumped Gadot, then it will be an important turning point not just for Hollywood but for so much else, too. It would be one more indication of how broken our culture has become because of the growing dominance of far-left ideologues that peddle lies about both the past and the present.

The first point to be made about the film is that, contrary to the nonsense we’re hearing from Gadot’s critics, the real Cleopatra was neither black nor Arab. She and the other members of the Ptolemaic dynasty of Egypt were descendants of the first Ptolemy, who was one of Alexander the Great’s companions and generals. He and his successors were Macedonian Greeks. Over the course of the 250 years during which his family ruled Egypt, they almost always married their siblings or cousins. That produced a lot of the usual problems with incest but it also, despite attempts to try and justify the depiction of Cleopatra as a black woman, ensured that the last of the Ptolemys was as European as the first.

Nor was Cleopatra a figure from the period before the writing of history. We know a great deal about the details of her life. She was one of the most famous persons in the world at the time and, via her romances (with Julius Caesar and Mark Antony) and political intrigues that led to her death and the end of the Egyptian monarchy, right at the center of the Roman civil war that determined the fate of the Mediterranean for centuries. There are coins with her portrait, and though they are not the same thing as a photo, they make it obvious that speculation about her ancestry is foolish. All of which is to say that having a native Israeli or any other white woman from a Mediterranean background is entirely in keeping with a desire to tell her story in a way that doesn’t entirely contradict history.

Of course, the entertainment world rarely lets facts get in the way of a good story or a twist on a historic tale that they think might be a box-office blockbuster. So it’s a testament to Gadot’s enormous popularity that a major studio would dare to contradict those who spew Afrocentric myths about Cleopatra being black or those who claim she is an Arab. Indeed, although Twitter storms of outrage may routinely impact the decisions made by film and TV executives, the prospect of being able to cast the “Wonder Woman” star means more to them.

As such, Gadot is something of a symbol of the general failure of the BDS movement. Though the woke that dominate academia have made inroads in mainstream journalism, Israel’s enormously successful “startup nation” and booming economy have shown itself impervious to the efforts of those who wish to wage economic war on the Jewish state.

And as much as Gadot’s earning power may be enough to defeat her detractors, we shouldn’t underestimate the influence of those who propagate the myths that demanded the cancelation of her film project.

There’s no way to know whether Gadot’s Cleopatra will have any artistic merit. Still, we should cheer her ability to withstand her critics’ abuse and play a role for which the glamorous actress is eminently qualified.

In the distorted mindset of intersectionalism, Jews are not an indigenous people in the Middle East or of Israel, but foreign white colonial oppressors, regardless of the fact that the majority of them are of Middle Eastern origin. Demanding that only “people of color” be depicted in historical epics isn’t a form of affirmative action for black or brown actors, but a measure aimed at silencing accurate narratives in favor of falsified history. The aim of such efforts—and related attacks on scholars and authors—isn’t diversity; it’s revisionism based on the false premises of critical race theory that seeks to divide us in a bigoted manner that contradicts attempts to bridge the divide between groups and to spread tolerance.