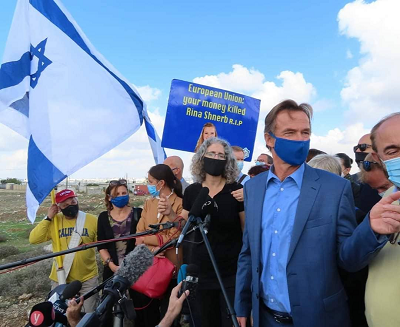 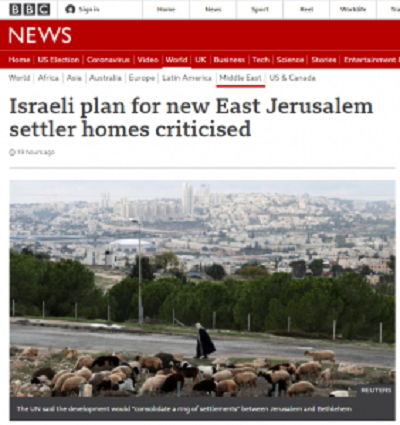 Polls show that campaigns led by Muslim and Arab activists encouraging voting in their communities, especially in swing states such as Michigan, helped Biden win the election.

Palestinian, Arab, and Muslim institutions and activists played an important role in Joe Biden’s victory in the U.S.’ 2020 elections, especially in the swing states, according to a series of polls conducted in recent days.

The polls show that a long line of campaigns, led by Muslim and Arab activists and aimed at encouraging voting in Arab and Muslim communities, especially in states such as Michigan, Wisconsin, Florida, Texas and Pennsylvania, helped Biden win the election.

Polls confirm that 70% of Arab and Muslim voters, including 80,000 Americans of Arab descent in Michigan, supported Biden with the help of campaigns led by Palestinian activists and institutions.

A survey by the Council on American-Islamic Relations (CAIR) shows that in the last election, an unprecedented record of 84% of Muslims voted. Of those, 69% voted for Democrats and only 17% voted for Republicans.

CAIR said that about one million Muslims participated in the election process.

Another poll by the Arab Community Center for Economic and Social Services in Dearborn, Michigan, shows that 70,000 Arabs voted for Biden in the state.

In Texas, Florida, and Wisconsin, there were campaigns in which Palestinian organizations took part, and these included phone calls that encouraged voters to go to the polls and requests to donate money to pro-Palestinian candidates for Congress and local institutions.

Other polls show that over the past four years, the American Muslim support for Donald Trump has increased by 10%, mainly due to his conservative views on family issues.

Promises of Aid to the Palestinian Authority

The high turnout among Arab and Muslim communities in support of the Democrats should also be attributed to the close relationship between the Democratic Party and these minorities and the promises of aid to the Palestinian Authority.

Biden’s campaigning in Muslim communities and among the Muslim Brotherhood in the U.S. is also a primary factor.

President-elect Biden promised that with his inauguration on January 20, he will repeal the presidential decree signed by President Trump in 2017 banning entry into the U.S. for citizens of 13 Muslim countries, including Iran, Iraq, Libya, Somalia, Sudan, Syria and Yemen.

The protest against the ban was led by Islamic organizations in the U.S., including CAIR and the Islamic Society of North America (ISNA), which were joined by Palestinian organizations with the assistance of members of Congress, Ilhan Omar and Rashida Tlaib.

On the eve of the election, Kamala Harris, the Vice President-elect, announced that she intends to renew economic aid to the Palestinian Authority and renew diplomatic relations, which were suspended by PA head Mahmoud Abbas in protest of Trump’s steps. Harris made the remarks to Arab journalists in Michigan as part of a campaign led by Palestinian activists.

Shakdeh said that Muslims in the United States now expect that Biden will lead a fight against Islamophobia in the US.

Commentators estimate that Muslim organizations expect a resurgence of the Muslim Brotherhood in the US, as it did in the days of President Barack Obama.

“I can confirm that the Palestinian community not only participated in the voting, but also contributed to the fundraising campaigns in support of Biden and candidates for Congress and local parliaments that support Palestinian rights,” Shakdeh said.

Shakdeh said that the Biden administration recognizes has met several times with Palestinian institutions, in meetings attended by senior Biden advisers and Palestinians presenting their demands.

A group of representatives with pro-Palestinian positions and those who support the imposition of sanctions on Israel is forming in the U.S. Congress. This group includes Rashida Tlaib, Ilhan Amar, Cori Bush, Alexandria Ocasio-Cortez, Ayanna Pressley, Mondaire Jones, Jamaal Bowman and Marie Newman.

Among other elected officials who support the Palestinians are Iman Jodeh of Colorado, Fady Qaddoura of Indiana, and Ibrahim Samirah of Virginia, in addition to Hodan Hassan, Mohamud Noor and Omar Fateh from Minnesota.

Biden has put a lot of effort into appealing to large concentrations of Muslims, especially in Michigan. During his election campaign, Biden also assisted activists affiliated with the Muslim Brotherhood, including those who held positions in the Obama administration.

Prominent among them is Zaki Barzinji, the grandson of the founder of the Muslim Brotherhood in the U.S.

At an election rally organized by Barzinji, Biden promised to integrate Brotherhood supporters into government institutions.

The conference was held under the auspices of ISNA, a group founded by Brotherhood members in the U.S., among others.

The Muslim Brotherhood, it should be noted, calls for the destruction of the State of Israel. The Brotherhood’s representative in Gaza, Hamas, is a terrorist organization.

While it is possible that a different relationship is being forged between the next U.S. administration and the Muslim Brotherhood, moderate Arab countries have already declared this extremist movement a terrorist organization.

Saudi Arabia’s Council of Senior Scholars last week served a significant blow to Hamas when it declared the Muslim Brotherhood a terrorist group “that does not represent the conception of Islam.”

Hamas in the Gaza Strip is an offshoot of the Muslim Brotherhood.

The Saudi clerics stated in a proclamation that “the Muslim Brotherhood is a group that has deviated from the path of Islam” and that provokes controversy in the Arab and Muslim world and uses methods of violence and terrorism.

“The Muslim Brotherhood does not operate for the religion and the Sunnah but for the government, and out of its womb came terrorists,” the statement said, warning of any contact with members of the extremist movement.

In 1982, Syria became the first country to declare the Muslim Brotherhood a terrorist organization.

In the summer of 2013, following the coup in Egypt, Muhammad Morsi, a member of the Muslim Brotherhood, came to power. Then-Egyptian Defense Minister Abdel Fattah al-Sisi ousted the Brotherhood government, imprisoned their senior officials and executed others. “Fauda” star and Israeli singer-songwriter Idan Amedi recently performed in the United Arab Emirates with an artist from Iran, as evident from a video posted last week on Twitter by “Fauda” co-creator and Amedi’s costar Lior Raz.

Raz shared last Friday a short clip of Amedi performing on stage alongside a female Iranian singer at a venue in Dubai.

Raz wrote in the video’s caption: “Amazing Israeli singer with an amazing Iranian singer with audience from Jordan Lebanon Syria the UAE and it all happens in Dubai this is what peace is all about.”

That same day, Amedi shared on Instagram a video of Dubai’s skyline at night and a caption about the week he spent in the UAE that he would remember “for many years to come.”

In his Hebrew message, he also praised Emiratis as “good people, very smart and heartfelt.”

In September, Amedi blessed his Emirati fans in a video posted on Twitter and said he was excited to visit their country following the normalization agreement reached by the Jewish state and the UAE.