Israel entry at Cannes confronts ‘censorship of the soul’

Nadav Lapid, director of ‘Ahed’s Knee,’ launches blistering attack on what he claims are Israeli government attempts to silence filmmakers 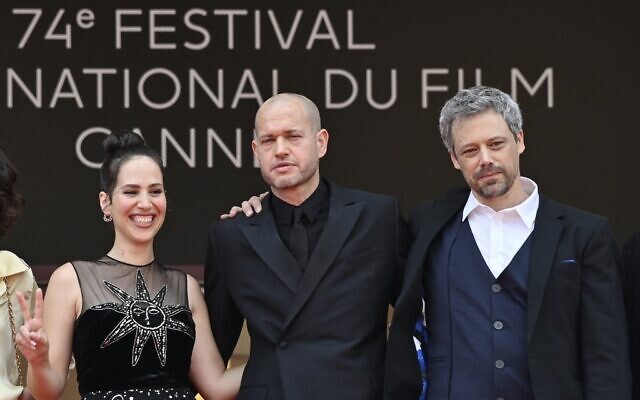 (From L) Israeli actress Nur Fibak, Israeli director Nadav Lapid and Israeli actor Avshalom Pollak pose as they arrive for the screening of the film ‘Ha’Berech’ (Ahed’s Knee) at the 74th edition of the Cannes Film Festival in Cannes, southern France, on July 7, 2021. (John MACDOUGALL / AFP)

The 46-year-old director won the top prize at the Berlin film festival in 2019 for “Synonyms,” a loosely autobiographical story about a young man trying to shed his Israeli identity when he moves to Paris.

His latest, in competition for the Palme d’Or at Cannes, is also based on a real-life event: a call Lapid received from an Israeli official, inviting him to present a film in a remote desert village, but also asking him to sign a form promising to stick to certain approved subjects.

Speaking at Cannes, Lapid told AFP his biggest concern was how such moves forced artists to censor themselves.

“The sad thing in Israel is you don’t have to put tanks in front of the Israeli Film Fund, you don’t have to arrest a director and throw him in jail like in Russia. It’s effective just to say, ‘Enough politics, guys, let’s talk about family.’

“What bothers me is not the censorship of the state, but when censorship becomes part of your soul, your mind. Censorship from within. It accompanies you like a shadow,” he said.

Lapid said he actually welcomed what he claimed was the worsening censorship under recent right-wing governments — over issues such as the treatment of Palestinians — since it meant artists were finally tasting the same repression as other parts of society. 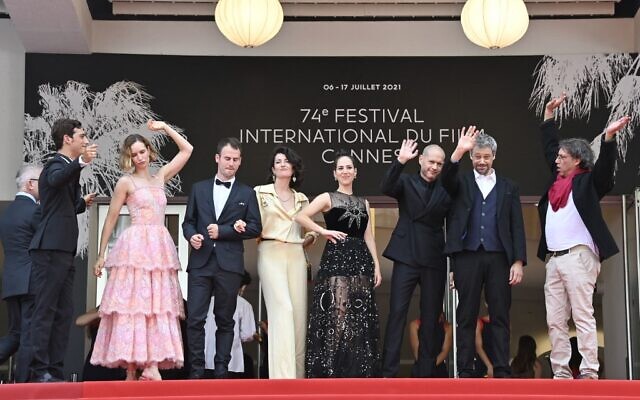 “It was a country that was so oppressive to a part of its population but at the same time, filmmakers had total liberty,” he said. “It became a kind of joke.”

Now, he said, the authorities had shown their true colors.

“They say: ‘We dominate the country, why don’t we also dominate the cinema?’ Maybe it’s a good thing. I don’t think filmmakers should be protected… As a filmmaker there’s a limit to how long you can stand on a hill and see the valleys burning. Now, the fire also gets to us… Let’s burn!”

He was dismissive of the idea that anything might change with the end of Benjamin Netanyahu’s 12-year stint as prime minister last month.

“I don’t think there’s any reason to think that the issues that really matter in Israeli society will change because of this new political constellation,” Lapid told AFP. “This disease is still there… people are still totally blind. The Israeli soul is still living this endless state of victimization.”

But “Ahed’s Knee” is also a warning that constantly fighting the system can also backfire.

“I don’t think I’m making right or left-wing films. They’re full of contradictions,” he said. “At the end of the film, you see how opposing the state is the only possible choice, but on the other hand, in the end, you have exactly the same diseases that you are fighting against.”

Israeli Foreign minister Yair Lapid, meets with Egyptian counterpart Sameh Shoukry, and announces relief for the Gaza strip
–
Lebanon continuing to spiral. What is Israel doing to prepare for the worst?
–
Actual physical evidence that may corroborate the biblical stories found in the book of judges.