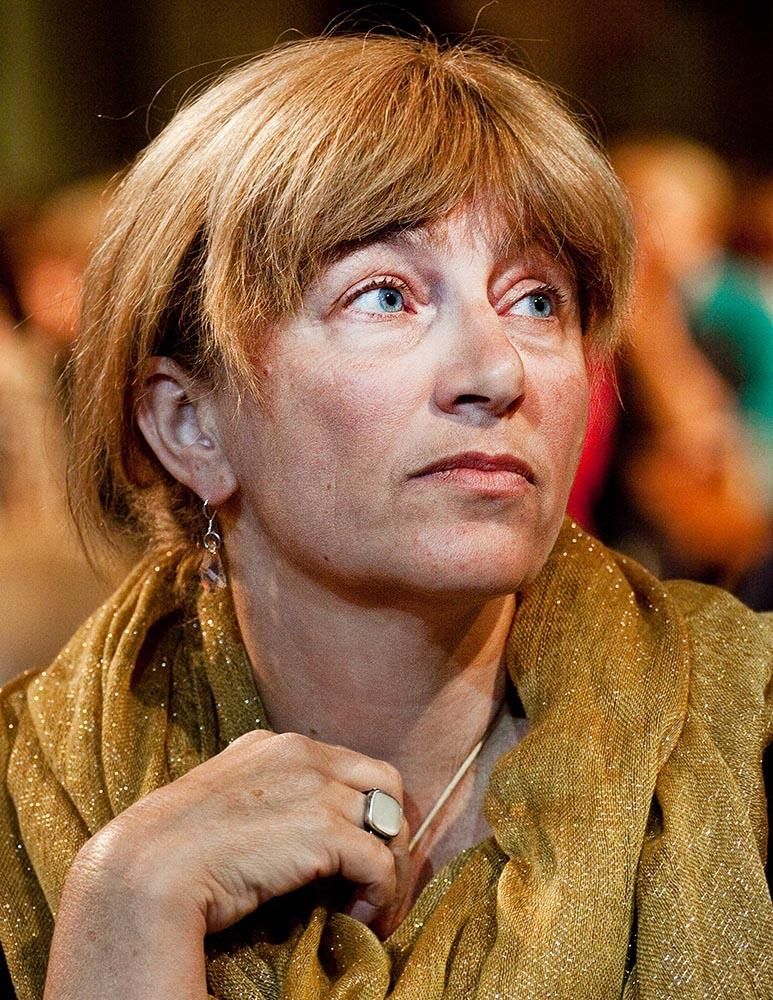 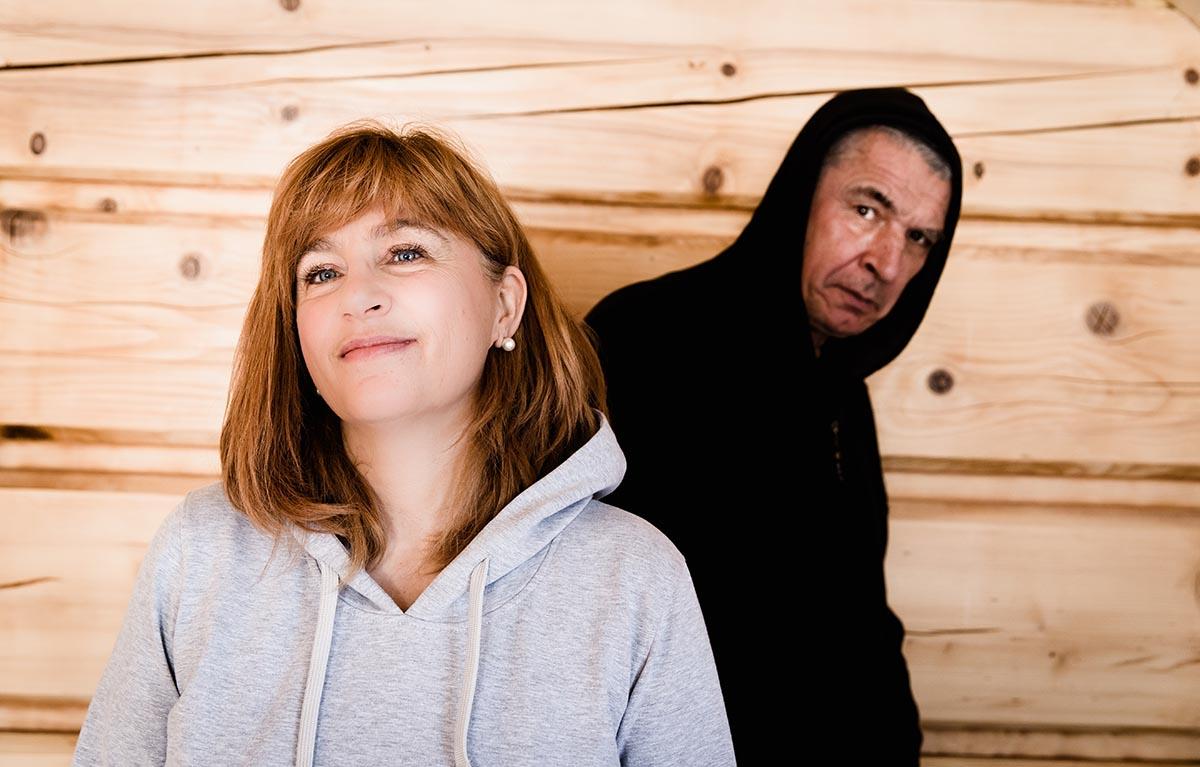 Netflix and ‘Palestine’: How Media Reviews Enable Film to Be Used as a Vehicle for Anti-Israel Propaganda When Linda Sarsour recently tweeted about Palestinian films and documentaries arriving on Netflix, her choice of words was telling: “Educate yourself,” she told her followers. “Learn about the Palestinian experience.”

Not a word about Palestinian culture, cuisine, architecture, music or family drama. Sarsour summarized the function of Palestinian cinema as showing viewers about “the Palestinian experience” — a codeword for the story of what Sarsour and others term “life under occupation.”

In truth, the burgeoning Palestinian cinema scene has been developing for some years now, and is a key tool in Palestinian “soft power,” through which it influences the hearts and minds of people around the world.

The relentless drab scenery and stories of alleged injustice meted out by an uncaring, unforgiving Israeli military machine are staples of Palestinian films, and serve to influence the way people perceive the relationship between Israel and the Palestinians specifically, as well as the Arab-Israeli conflict in general.

Compare this to Israeli television. Many of the films and television series made in Israel have very little to do with the Palestinians or indeed the Arab world at all. “Shtisel,” aired by Netflix and the subject of positive reviews around the world, focuses on an ultra-Orthodox Jewish family in Jerusalem and barely mentions any non-Jewish characters.

While Israeli films and television series often do relate to the conflicts Israel deals with — and the terrorism and violence directed against it — their scope is far more extensive than the simple victimhood narrative that is the hallmark of Palestinian film.

Instead, Israeli television wrestles with the ethical dilemmas facing Israeli soldiers and the Israeli public, and attempts to humanize the people on both sides, most notably in “Our Boys” (2019), based on the kidnapping and murders of young Israeli teenagers in the summer of 2014 that led to a serious escalation between Israel and Hamas.

To a lesser extent, this is also true of Netflix’s global hit show “Fauda,” which shows numerous Palestinian characters at home engaged in day-to-day life, as well as a romance between a Palestinian woman and an Israeli man.

In some cases, Israeli television and film productions are highly critical of the Israeli government and military, and sympathetic to the Palestinians.

For example, the recent Israeli film “Let There Be Morning” (2021), featuring a Palestinian cast, depicts a Palestinian accountant whose path home is blocked by an Israeli checkpoint.

Overwhelmingly, Palestinian film and television, however, simply do not display anywhere near such compassion for the people on the “other side” of the conflict.

Taken in comparison with the type of jingoistic fare often seen on Palestinian television, which depicts Palestinians as crushing scared Jews, and often features military parades and Islamic preaching, a stark contradistinction emerges. These themes of anti-Israel violence and martyrdom are entirely absent from the films made for Western consumption.

In fact, films screened internationally are not necessarily shown to domestic audiences. Officially, all film projects in Gaza must be approved by Hamas’ Culture Ministry before they can be screened in public.

Furthermore, independent filmmakers have claimed that the Hamas-ruled Culture Ministry cracks down on content beyond the confines of edicts from the Islamist terror group. In 2010, for example, Hamas banned local showings of the short film “Something Sweet,” which was submitted at the Cannes Film Festival, due to a four-second scene where a woman is shown with her hair uncovered. In other instances, scenes have been censored or removed entirely.

Despite the obviousness of their function as a propaganda ruse, of the 17 films and documentaries advertised by Sarsour, the vast majority feature either an immediate subtext or a plot nakedly hostile or critical of Israel.

Regular features of these films are refugee camps and prisons, and life in the shadow of checkpoints and the “wall.” All but two of the projects are overtly political, depicting Palestinians as victims and subjects of racism, who are “resisting” Israel.

Palestinian films frequently feature in Western newspapers and websites, earning rave reviews and accolades for what film critics regard as their “powerful” documentation of “the Palestinian experience.”

Recent examples include “It Must Be Heaven,” “Mayor,” and the Oscar-nominated “Checkpoint 300,” described respectively as reflecting on life in “Palestine,”  “deal[ing] with…Israeli oppression,” and  “a study of injustice”. That’s just from the past 12 months alone. And from a single widely-read media outlet, The Guardian.

The New York Times, too, has frequently featured reviews of Palestinian films over the years. For example, back in 2010, “Salt of This Sea” was described as a “sad and engrossing look [of Palestinians]…negotiating both physical barriers — walls, fences, checkpoints, holding cells — and ritual humiliations.” And in 2005, the self-styled “newspaper of record” glibly dismissed the fact that the Palestinian film “Paradise Now” humanized suicide bombers:

Given the explosive political climate in the Middle East, humanizing suicide bombers in a movie risks offending some viewers in the same way that humanizing Hitler does. Demons make more convenient villains than complicated people with their complicated motives.

Both films appear on the list shared by Sarsour.

The plaudits are not restricted to the film review section, either: In April 2021, as Palestinians were attacking Israeli citizens in the build-up to the escalation in conflict the following month, the Times published an opinion piece, “Why Biden Must Watch This Palestinian Movie,” written by former CIA director John Brennan. He called on the US president to view the “heartbreaking account” of Palestinians undergoing the “humiliating procedure every day” of going through Israeli checkpoints.

While some critics may be aware enough of the reality not to simply regurgitate the Palestinian narrative, others may either be politically unaware or sympathetic with the anti-Israel cause. This is particularly noticeable with respect to online reviews.

Another popular movie website, Frieze.com, credits one of the films on Sarsour’s list for its depiction of “the Palestinian experience in the wake of the 1948 Nakba (catastrophe), when Israeli forces expelled 750,000 Palestinians from their homes and destroyed more than 500 villages” — a barefaced lie.

Ray of Hope or Damning Indictment of Palestinian Cinema?

With Palestinian cinema routinely churning out one-dimensional victimhood narratives, little room is left for other perspectives and stories. Part of that may be attributed to the viewing appetites of Western audiences, which have pigeon-holed the Palestinian story in such trite terms that human interest stories are generally neglected.

Indeed, Firas Khoury, director of the film “Maradona’s Legs,” admitted as much in this statement:

It is safe to say that according to our film history, we are summed up as the “occupied people,” as if we have no other stories beyond this notion. Despite my strong faith in cinema as a tool of resistance, and its ability to express and deliver impactful messages on the masses, I see the importance in continuing the narration of our personal stories, which serves as the best proof of the continuation of our existence as a nation.

The history of people is merely a collection of their stories. One of the reasons our cinema directly concentrates on the occupation topic is the demand/expectation from European sponsors (the central funders for Arab independent films). The critical view towards our current cinema could suggest that we will disappear – our stories will disappear – when the occupation does. This brings grief to my heart.”

In one sense, Khoury’s words are a stunning indictment of the entire Palestinian film industry. However, perhaps there is room to say these comments may represent a cause for careful optimism, should more Palestinian directors elect to follow his lead and produce films that showcase the stories that are not simply anti-Israel.

The Films Listed By Sarsour

Salt of this Sea (2008) — An American-born Palestinian woman heads to the Middle East on a quest to reclaim her family’s home and money that were taken during the 1948 Arab-Israeli War.

A Drowning Man (2018) — A Palestinian refugee struggles to adapt to life in exile.

Frontiers of Dreams and Fears (2011) — “Offering a rare glimpse into one side of the Middle East conflict,” reads the IMDb entry, this film explores the lives of a group of Palestinian children growing up in refugee camps.

A Man Returned (2016) — Focuses on a man who dreams of escaping a Palestinian refugee camp.

When I Saw You (2012) — Plot revolves around a wave of Palestinian refugees arriving in Jordan, and their adjustment to “temporary” refugee camps.

Children of Shatila (1998) — A look at a refugee camp that has survived massacres, sieges, and starvation from the perspective of two children.

Divine Intervention (2002) — About Palestinian lovers overcoming their separation by a checkpoint, winner of the Jury Prize at the 2002 Cannes Film Festival.

The Crossing (2017) — Siblings looking to visit a sick relative “on the other side of the wall” must cross a checkpoint, but find that even having a crossing permit is not sufficient.

Paradise Now (2005) — Oscar-nominated and Golden Globe-winning film showing two friends about to perpetrate suicide bombings in Tel Aviv. One abandons his attack because a child was nearby. The other is shown in the final scene on a bus full of soldiers, ready to act. The film thus depicts terrorists as seeking to attack military, not civilian, targets — very much at odds with the reality of Palestinian terror attacks.

Chronicle of a Disapearance (1996) — Series of dramatic scenes in documentary style; played at Sundance, Venice, and Museum of Modern Art’s film festivals. Critically acclaimed by The New Yorker as “witty,” lauding its “graceful artistry and rhetoric.” At least one scene depicts racism by Israelis.

Maradona’s Legs (2019) — A rarity; a film about children’s quest for the last sticker in a football sticker collection. A moral story about materialism, but no political message beyond that.

3,000 Nights (2015) — About a newlywed Palestinian woman giving birth in an Israeli jail. According to IMDB, “Palestinian political prisoners are incarcerated with Israeli criminal inmates” — something that would never happen in reality, as Palestinian terrorists and suspected terrorists are separated from Israeli criminals. Naturally, the woman is falsely accused.

In Vitro (2019) — Featured at the Venice Biennale, a sci-fi recoding of Palestinian dispossession as an ecological disaster, in which a bunker doubles symbolically as a Palestinian refugee camp, with much of the dialogue evoking memories of “expulsion.”

Bonboné (2017) — A Palestinian couple resorts to an unusual way to conceive, as the husband is detained in an Israeli jail. Lauded on IMDB as a “truly original take on the absurdities of living under oppression,” documenting how Palestinians are “held captive by the militarized system of injustice which incarcerates and separates.”

Three Logical Exits (2020) — Revolves around the choices made by young Palestinians in order to cope with life in the refugee camps. The film is described as a “heartbreaking look at dispossessed humanity” by the Montreal International Documentary Festival.

Ghost Hunting (2017) — Re-enacts the interrogations of Palestinian prisoners, discussing details of the prison, and recounting the “humiliation” prisoners experienced during their detention. This “theatre of the oppressed” serves to dramatize real-life experiences and bring “undealt with trauma” to the fore.

Ave Maria (2015) — This comic Oscar-nominated short film centers on an Israeli settler family whose car breaks down right outside the convent just as the Sabbath comes into effect. Focuses on the people rather than the conflict, with no political subtext.

Emanuel Miller is a writer-researcher for HonestReporting, a Jerusalem-based media watchdog with a focus on antisemitism — where a version of this article first appeared.