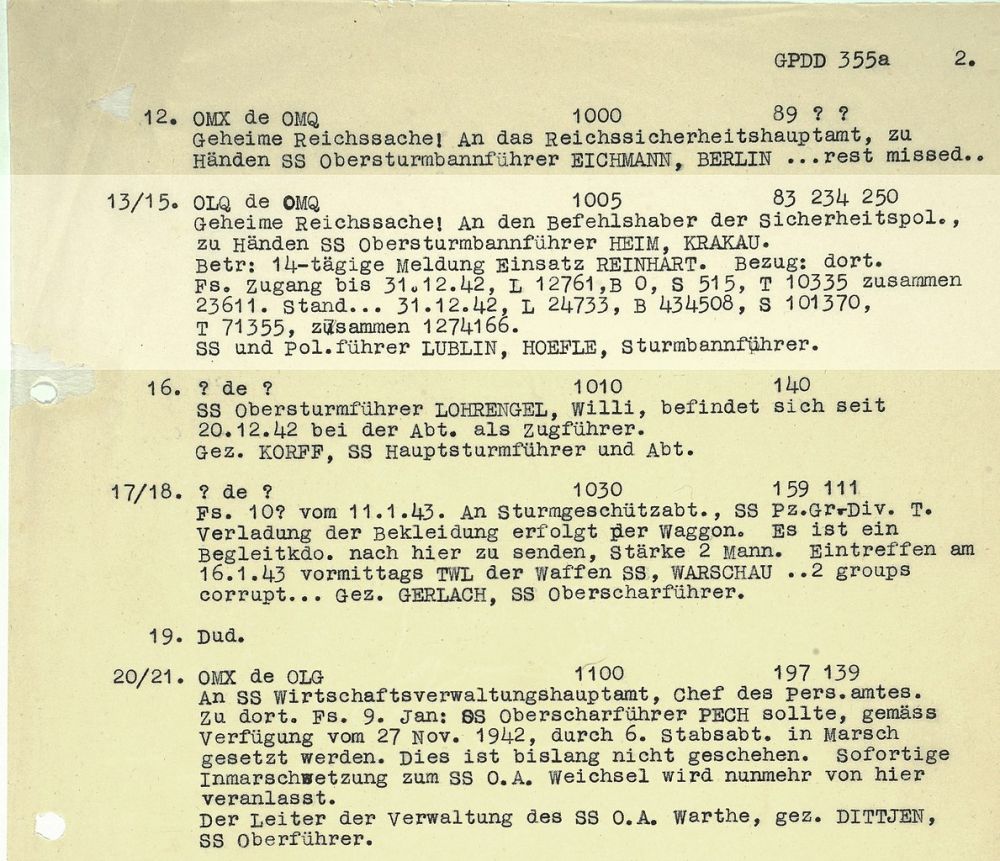 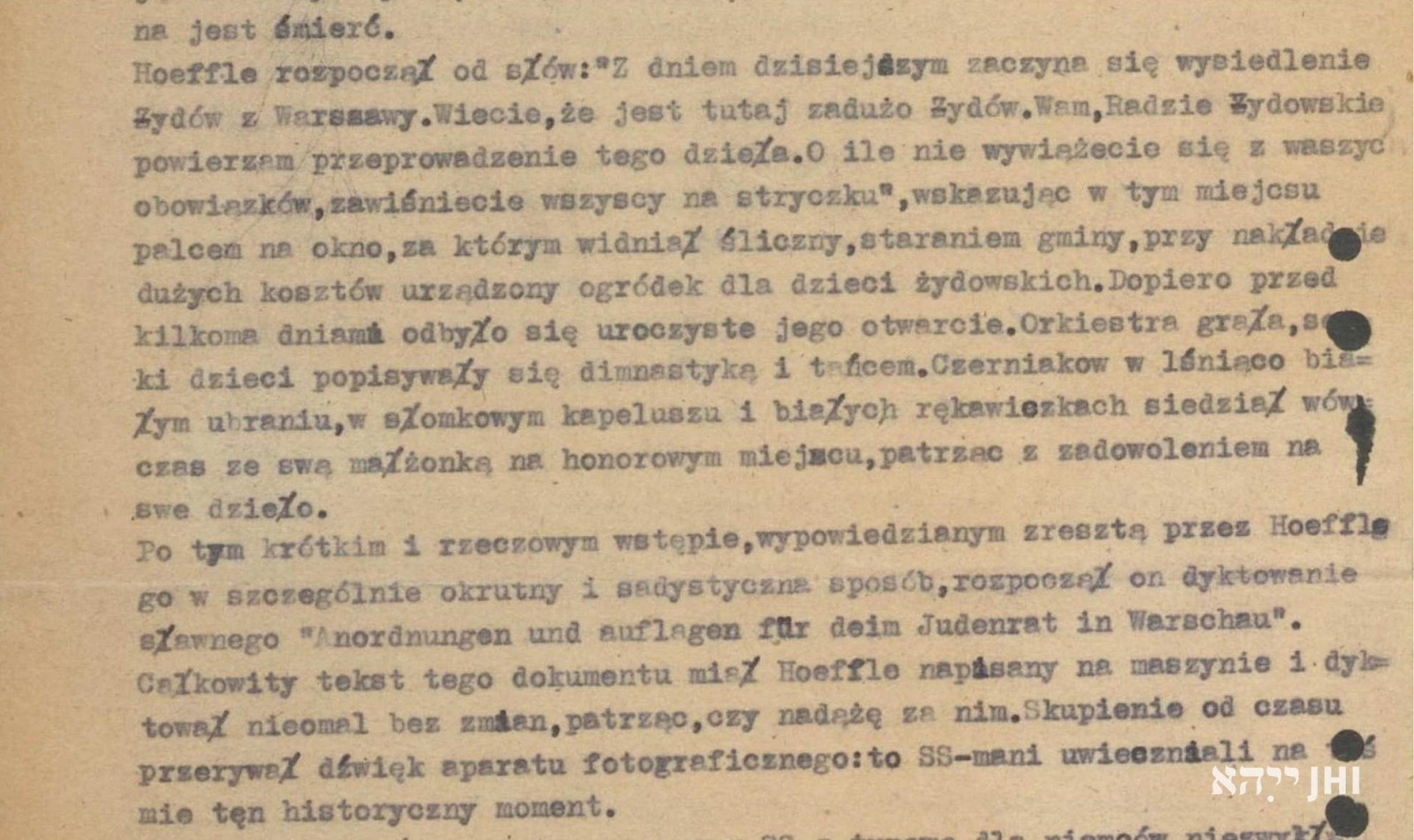 When It Comes to Soup, Looks Aren’t Everything

Consider a bowl of a humble but heartwarming everyday classic: mushroom barley 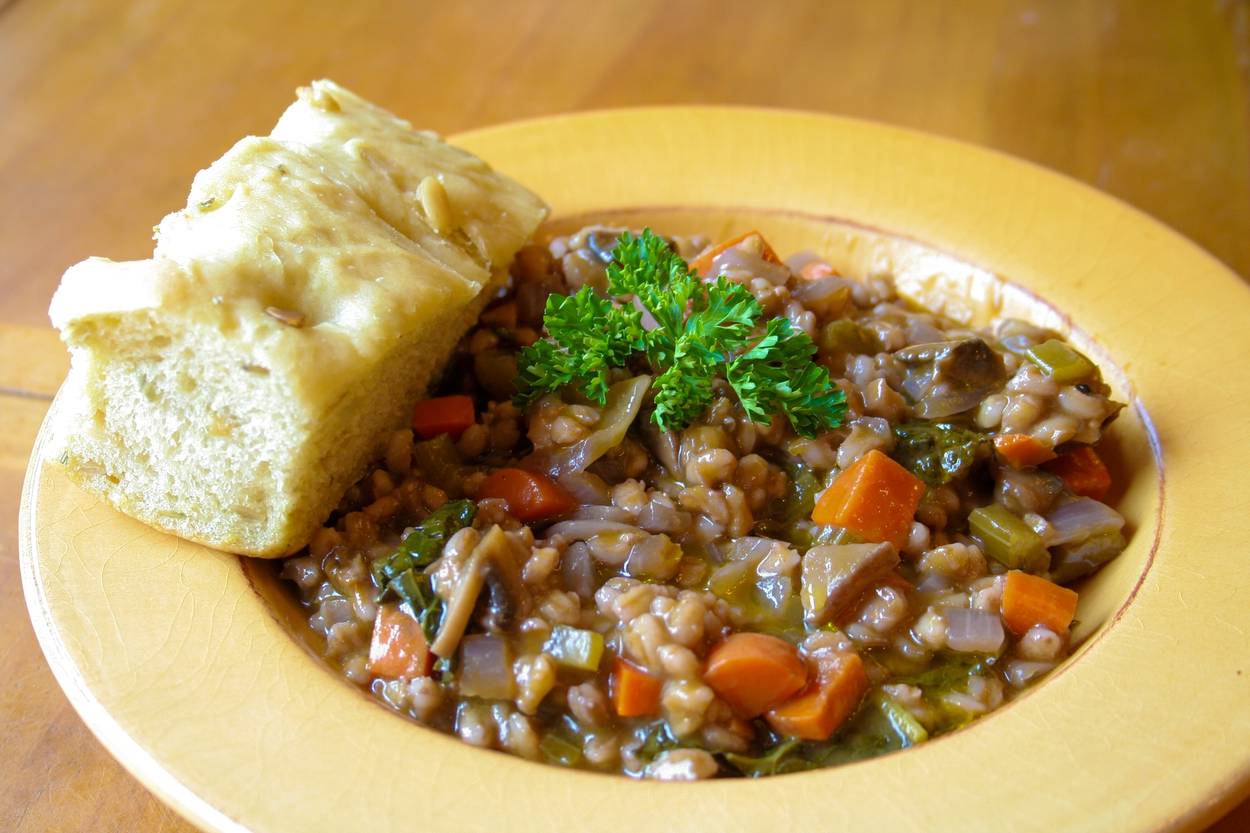 Whenever I eat at B&H Dairy, the beloved, 84-year-old Jewish dairy restaurant in Manhattan’s East Village, I invariably order soup. B&H just has this way with soup—a rainbow of comforting potages ladled from a half-dozen aluminum pots steaming behind the counter. Sometimes I go for the borscht, which is bright red and brimming with softened cabbage and potatoes. Other times it’s the vegetarian chicken soup with floating, slippery noodles and a pillowy matzo ball. But when it’s especially blustery outside or I am in need of some soulful restoration, I invariably choose mushroom barley. Thick and savory with nibbles of tender grain, that soup is the equivalent of pulling on a cozy sweater and falling into a great hug.

Mushroom barley soup is not a holiday-specific dish, and therefore is rarely touted as a titan of Ashkenazi Jewish cuisine. And yet it is undeniably part of the culinary canon. Along with split pea soup, lentil soup, and creamy potato soup, it is one of the simple, inexpensive, nourishing dishes that sustained Eastern European Jews (and their non-Jewish neighbors) for generations. According to Gil Marks’ The Encyclopedia of Jewish Food, “In some households, it was eaten on a daily basis.”

Barley is one of the world’s most ancient cultivated species. Long before potatoes were introduced to Eastern Europe from the New World, barley was one of the region’s most important starches. So it is perhaps not surprising that the real soul of mushroom barley soup is the barley, not the mushrooms. This fact is reinforced by the dish’s Yiddish name, krupnik, which stems from the archaic Slavic word for hulled and polished grains, krupa. (Fittingly, the name krupnik also refers to an old-fashioned Polish cordial brewed with grain-based vodka, honey, and spices.)

While many recipes for krupnik do indeed include mushrooms, they were not always ubiquitous. In Jewish Cookery, a classic Jewish American cookbook written by Leah Leonard in 1949, the krupnik recipe includes leeks, carrots, and turnips, but noticeably not mushrooms. Mildred Grosberg Bellin’s The Jewish Cook Book from 1941 includes four barley soup recipes (plus a barley-based cholent), only one of which contains mushrooms. And even in contemporary, non-Jewish versions of the recipe, mushrooms are considered optional.

And yet there is a reason why, over time, mushrooms became an integral part of the soup’s identity, particularly in the United States. Part of it had to do with iconic Jewish restaurants like the Second Avenue Deli and Ratner’s, which flavored their barley soups with mushrooms and helped to standardize the duo. But it more than likely started with home cooks. Mushrooms grow in wild abundance across Eastern Europe, and were an important source of nourishment that could be gathered for free. “The best foragers, often peasant women, would gather extras after a rain spell and sell them at markets,” writes Liz Alpern in The Gefilte Manifesto cookbook.

Since krupnik was an everyday dish for Jewish families, many recipes did not contain meat—both because of the added expense of using flanken, and also so the soup remained pareve (and therefore more versatile from a kosher perspective). Without the meat to provide a base of hearty, umami flavor, mushrooms—particularly dried mushrooms—became the logical stand-in.

According to Alpern, dried porcini mushrooms were commonly used in Eastern Europe, and were an ingredient found in the United States as well. Jewish immigrants to America drew comfort from finding their beloved fungi in their new home. But since foraging on the Lower East Side proved next to impossible, many balaboostas purchased their mushrooms from street peddlers described by historian Jane Ziegelman in the Forward as typically an “older gentleman who roamed the streets bedecked with dried mushroom garlands around his neck,” and was “distinguished by the fact that he also wore edible ‘bracelets,’ bands of dried mushrooms that went up his arm.”

When making mushroom barley soup at home, I tend to fall into the nonmeat camp. Meaty krupniks cross too far into cholent territory—too fancy for daily consumption and, for those of us who keep kosher kitchens, robbed of the greatest pleasure that comes along with meat-free soups: a hefty dollop of sour cream bobbing on top. I also take great care to construct a flavor profile that maximizes the dish’s comforting appeal. Too many mushroom barley soup recipes have gone the way of gummy porridge, thickened with a cornstarch slurry and lacking in any distinctive flavor. But a well-made mushroom barley soup is transformative.

My go-to recipe, which I developed for The Jewish Cookbook, takes a few creative liberties from more traditional versions. To the mushroom base (I use dried porcinis plus sliced fresh creminis), I throw in some chopped fresh thyme, a little soy sauce for extra oomph, and a splash of cider vinegar to brighten things up. Even with the modern additions, it is a rather homely soup—a reminder that looks aren’t everything. As Claudia Roden writes about mushroom barley soup in The Book of Jewish Food, “It looks very unappealing, but it is heartwarming in winter.” Amen, and pass the sour cream. The death of Bahamian-American trailblazing actor and director Sidney Poitier at the age of 94, announced Friday, has inspired an outpouring of tributes and remembrances, with “CBS Sunday Morning” sharing a 2013 interview in which the Academy Award winner revealed that a former Jewish coworker taught him how to read English.

The youngest of seven children, Poitier was born three months early on Feb. 20, 1927, in Miami, where his Bahamian parents travelled to sell tomatoes. He lived in the Bahamas until age of 15, when his parents sent him back to Miami to live with his older brother.

He left for New York at age 16 and tried to launch an acting career, though he had only two years of schooling and was unable to read well. However, a Jewish waiter at a restaurant where Poitier worked washing dishes devoted time to helping him, he told “CBS Sunday Morning” anchor Lesley Stahl.

Poitier recalled: “One of the waiters, a Jewish guy, an elderly man, had a newspaper and walked over to me and said, ‘What’s new in the paper?’ And I looked up at this man and said to him, ‘I can’t tell you, I can’t read very well.’ He says, ‘Let me ask you something, would you like me to read with you?’ And I said to him, ‘Yes, if you’d like.’”

“Every night, the place is closed, everyone’s gone, and he sat there with me, week after week after week,” Poitier added. “I learned a lot, a lot. And then things began to happen.”

In 1992, when Poitier was given the Life Achievement Award by the American Film Institute, he told the audience, “I must also pay thanks to an elderly Jewish waiter who took time to help a young Black dishwasher learn to read. I cannot tell you his name. I never knew it. But I read pretty good now.”

Poitier started off his career with an acting apprenticeship at The American Negro Theater, before going on to star on Broadway in “Anna Lucasta” in 1948. Two years later, in 1950, he landed his first movie role in “No Way Out,” playing a doctor who faced racism from a prisoner played by Richard Widmark.

In 1967, he starred in three films at a time when segregation was enforced in many parts of the United States, Reuters noted. In “Guess Who’s Coming to Dinner,” starring Katherine Hepburn, he played a Black man with a white fiancée, and “In the Heat of the Night,” he took on the role of a Black police detective wrongfully accused of murder while investigating the crime. That same year, he played a teacher in “To Sir, With Love.” Other notable films included “The Blackboard Jungle” and “A Raisin in the Sun,” which Poitier additionally performed on Broadway.

He directed nine films, including “Uptown Saturday Night” in 1974 with co-directors Harry Belafonte and Bill Cosby, and 1980’s “Stir Crazy” with Richard Pryor and Gene Wilder.

Poitier was knighted by Britain’s Queen Elizabeth II in 1974 and served as the Bahamian ambassador to Japan and UNESCO. He was on Walt Disney Co.’s board of directors from 1994 to 2003, and published a number of books, including three autobiographies. In 2009, then-President Barack Obama awarded Poitier with the Presidential Medal of Freedom.

Poitier is survived by his second wife, actress Joanna Shimkus, and six daughters.

Watch his 2013 interview with “CBS Sunday Morning” in the video below.