Beyond the Beyond Burger 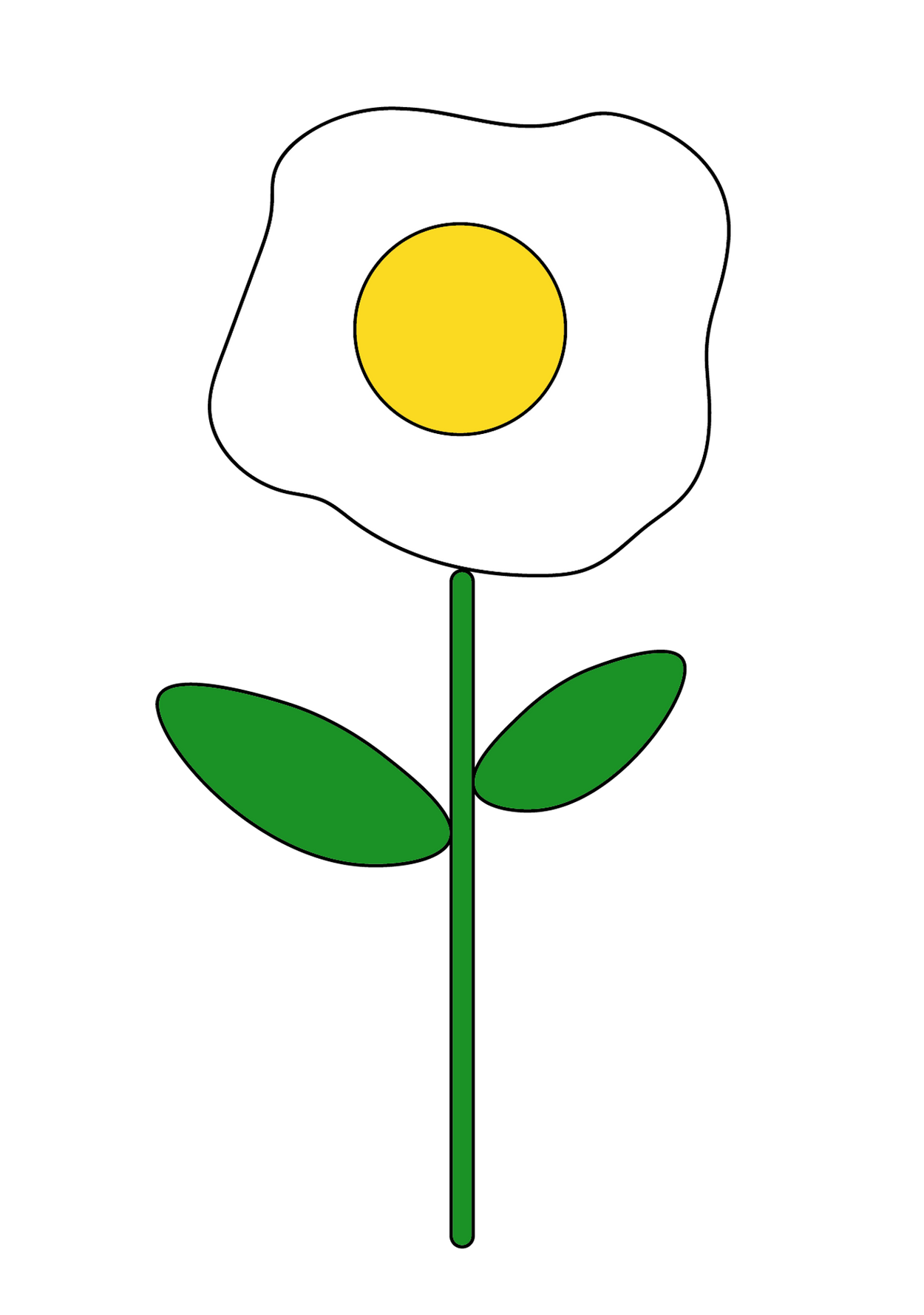 With more people reducing their consumption of meat and other animal products, plant-based substitutes have proliferated in supermarkets around the world. Consumers—including those who keep kosher—can now pour a glass of oat, cashew, or even hemp milk to wash down an Impossible or Beyond Burger.

Israeli startups have carved out a leading place in developing these new alternative proteins. Startups from Israel placed No. 2 worldwide in terms of money invested last year, trailing only the United States. According to Good Food Institute Israel, a nonprofit that advances research and promotes government support for alternative proteins, they garnered greater investments than companies from the entire European Union combined. Beyond creating vegan versions of burgers, chicken, and milk, they use numerous techniques to also replace traditionally sourced fish, eggs, and dairy products.
Some of Israel’s earliest alt-protein companies manufacture next-generation meat substitutes beyond ground beef and burgers. Redefine Meat, based in Rehovot, creates plant-based beef analogs by using vegetarian ingredients and 3D-printing techniques to mimic “beef flank cuts” and sausages. Even more impressive, companies like Aleph Farms (which counts Leonardo DiCaprio among its advisory board members) and Future Meat Technologies, built around technology developed at Jerusalem’s Hebrew University, are advancing the field of cultured meat.
This nascent technology extracts animal cells and grows them, inside a nourishing liquid, into whole tissues. (These latter companies, and many more, are also based in Rehovot, a burgeoning food-tech hub.)

These two core techniques—vegetarian substitutes and cultivating cells—mitigate some of the more urgent and existential problems facing our conventional food system, particularly around environmental impact, consumer health, and animal welfare.

On the plant-based side of the industry, Plantish, also Rehovot-based, does for fish what Redefine has done for meat. Founded in 2021, the company has already developed its first product, and is close to launching commercially. With a proprietary ingredient blend drawn from legumes and algae, the company uses “additive manufacturing” (the term they prefer to 3D-printing, due to its more advanced process) to create a convincing salmon replacement. While other faux seafood manufacturers are making fish fingers or burgers, director of marketing Taire Brown says that Plantish delivers a “cooked, plant-based, whole-cut fillet.”

With a team of chefs as advisers, Plantish has worked to make its alt-salmon comparable to the real thing. “It is not a raw salmon,” said Brown. “The way you would eat cooked salmon—whether with barbecue sauce, teriyaki, grilled, smoked, poached, whatever it might be—that’s how you can prepare our salmon.” And while it is nutritionally similar to real salmon (including omega-3s derived from the algae), it is an even healthier alternative, containing no mercury or hormones.
Even more impressive is the vegan egg developed by Yo! Egg, named in part for co-founder Yosefa Ben Cohen. Many companies already produce replacement eggs for omelets or baking, but this Pardes Hanna-based company has created the world’s first sunny-side-up imitation. Delivered in two parts that are combined on the griddle—a liquid “egg white” and a preformed sphere for the yolk—the company’s creation accurately mimics the flavor and texture of a fried egg.
CEO Eran Groner explains the complexity of recreating the “whole egg experience,” which required two unique flavors, textures, and functionalities. “I’m pretty confident,” he said, “that we’ve been able to deliver on all of those fronts.”
The company has soft-launched in some Israeli restaurants, and will soon release a poached egg that will only need heating before serving. While the fried egg is as simple to make as a real one, the poached will be easier than the original, which few home cooks prepare.
Yo! Egg intends to reach international markets by the end of this year, with Plantish hoping its salmon hits restaurants in the U.S. next year. This puts them ahead of their cultured-protein colleagues. In part, this derives from an easier regulatory atmosphere for plant-based products because the ingredients are not novel; they are just being processed in unique ways. Cultured-protein companies, in contrast, must push for regulatory permissions around their ingredients and manufacturing processes while simultaneously developing their products.
Wanda Fish Technologies, a newer arrival to the Israel food-tech scene, is to Plantish what Aleph is to Redefine. The company, based in Nes Ziona—another Israeli food-tech hub—is developing a cultured, whole fish fillet. CEO Daphna Heffetz, with over 20 years of biotech experience, founded the company with an ambitious goal. “Some companies are doing hybrid,” she said, meaning combination fish- and plant-based products. Wanda Fish plans to use almost purely fish cells. They culture both fish muscle and fat cells, combining them into fillets. To achieve the proper thickness and structure, Wanda Fish will build a plant-based “scaffold” (the only part that is not fish-derived) that will be thin enough to not affect taste. Functionally, it will also deliver oxygen and nutrients to the developing cells. “Since we won’t be first to market,” Heffetz said, “we are looking at being one of the best.”
Competing on price is one of the key obstacles for alternative proteins. According to Miriam Kalman, business analyst at GFI Israel, “Commercialization and scale-up definitely provide new challenges, in terms of the creation of that infrastructure… as well as scalability.” However, she also sees Israel’s solid foundation of research and “well-established commercialization procedures for that research.”

This challenge may be less significant for companies like Plantish and Wanda Fish. As Heffetz pointed out, “One advantage we have in comparison to meat is that fish [has]… an already higher starting price.” But technological innovations can also help reduce production costs. For example, Future Meat recycles the cultured cell growth medium between production cycles. This helped the company raise $347 million last year, the largest investment in cultured meat history.

Similarly, the first publicly traded cultured milk company, Wilk Technologies claims its edge lies in its patented procedure to culture mammary epithelial cells that will produce real milk. Since about 90% of whole milk is water, the Rehovot-based company only produces the other components (fats, proteins, and sugars) for customers to use however they choose.

Wilk’s vice president of marketing and corporate affairs, Rachelle Neumann, explains some markets they can reach. While vegans don’t consume milk products, she has told many vegans, “You’re going to be able to enjoy a wonderful cheese, yogurt, or butter, with real milk fat, but there were no animals harmed in producing it. The animal is there, and we just produced this in a laboratory.” While each vegan consumer will undoubtedly have a different opinion of this product, Neumann says that for those she has spoken to, “It is like honey to their ears.”

A different Rehovot-based start-up, Remilk, works within a third alternative protein segment. They use “precision fermenting” to produce milk proteins using modified yeast cells. As a single-celled organism that excels at performing focused tasks, yeast may easily be “reprogrammed” to convert sugar into protein rather than alcohol. Remilk does this by inserting part of a cow’s DNA in place of the yeast’s.

Remilk’s head of business development Jason Rosenberg explains that such a process “has been used for over 60 years in industry, initially for insulin production.” Despite investments from such companies as Israeli food giant Tnuva, the challenge for Remilk has been in reaching commercial levels (which they intend to achieve later this year). Insulin, Rosenberg indicates, is “a high-value low-volume product” while milk is the exact opposite. Remilk thus contracts with production facilities, rather than building their own.

Rosenberg cites the process’ long history in addressing consumer fears of genetically modified organisms. “Our process uses a genetically modified yeast, but the protein at the end of the day is not modified.” By removing the waste, their protein is “identical to what the cow produces, with no trace of the GMO.” He differentiates between a modified product, and the modified process that they use.

How likely is it that these products will end up on your plate within a few years? With their head start on next-gen techniques, at least some should succeed. Israel’s cultured protein companies seem the ones most likely to cross the Atlantic. Last year, they received 36% of worldwide investments in the sector. Kalman of GFI Israel believes this is because it “requires the most technological know-how. That is an edge that the Israeli ecosystem has.”
All these companies, however, are helping change the world’s food system. Without enough supply to feed a global population expected to reach 10 billion in around 25 years, that system has no choice but to change. All these companies are explicitly mission-driven, aiming to save the world while also turning a profit.

Israelis “understand that we are really part of something bigger,” said Wilk’s Neumann.“We need to leave a footprint in the world by doing good. It is in our DNA. How can we help the world and make it a better place?”

Joel Haber researches and lectures about Jewish and Israeli food history and culture, and writes about it on his blog and for various publications.