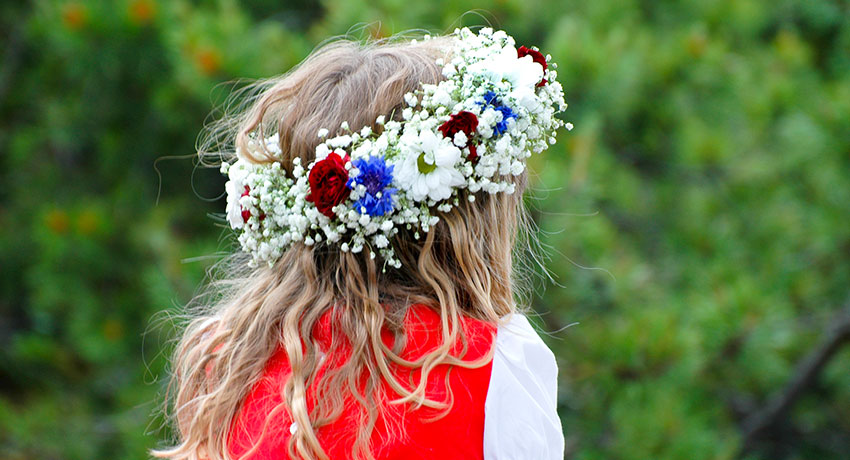 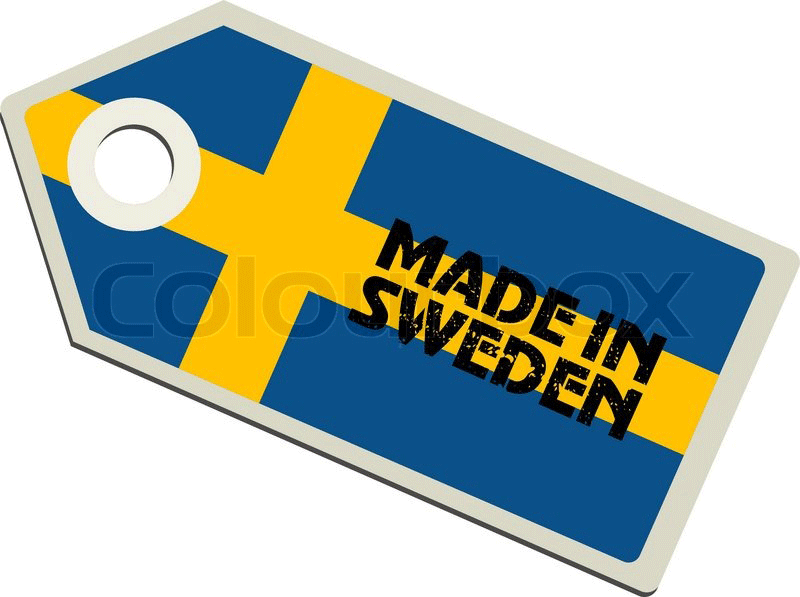 What is Swedish Midsummer In mid-June, school is out and nature has burst into life. It seems like the sun never sets. In fact, in the north of Sweden it doesn’t, and in the south only for an hour or two. This calls for celebration! Friends and family gather for the most typically Swedish tradition of all: Midsummer.

The country’s main thoroughfares, on the other hand, are packed. Queues of cars stretch away into the distance, and at the end of the road, family and friends wait among silver birches in full, shimmering bloom.

Midsummer is an occasion of large gatherings − and to be honest, many Swedes take advantage of it to fulfil their social obligations so that they can enjoy the rest of their holiday in peace. In many cases, whole families gather to celebrate this traditional high-point of the summer.

Swedes like the world to be well-ordered, so Midsummer Eve is always a Friday between 19 and 25 June. People often begin the day by picking flowers and making wreaths to place on the maypole, which is a key component in the celebrations.

The maypole is raised in an open spot and traditional ring-dances ensue, to the delight of the children and some of the adults. Teenagers tend to stay out of it and wait for the evening’s more riotous entertainment.

A typical Midsummer menu features different kinds of pickled herring, boiled new potatoes with fresh dill, soured cream and chives. This is often followed by a grilled dish of some kind, such as spare rib or salmon, and for dessert the first strawberries of summer, with cream.

The traditional accompaniment is a cold beer and schnapps, preferably spiced. Every time the glasses are refilled, singing breaks out anew. Swedes like drinking songs, and the racier the better.

Midsummer is an occasion invested with a certain nostalgia. Deep inside, Swedes are all agreed on what it should look like and how it should proceed. So after dinner, many people still want to go out dancing, just like in the old days. Preferably on an outdoor dance floor beside a lake as the evening mist settles and the sound of the orchestra echoes back from the rocky hills on the opposite shore.

On their way home, girls and young women are supposed to pick seven different species of flowers and lay them under their pillows. At night, their future husbands appear to them in a dream.

Legend has it that the night before Midsummer’s Day is a magical time for love. It still is, in a way. During this night many a relationship is put to the test. Under the influence of alcohol, the truth will out, which can lead both to marriage and to divorce.

Like Whitsun, Midsummer is a popular time of year for weddings and christening ceremonies. Despite their poor showing as churchgoers, Swedes still like to wed in a country church with a flower-bedecked, arched entrance and beautiful hymns.

In agrarian times, Midsummer celebrations in Sweden were held to welcome summertime and the season of fertility. In some areas people dressed up as ‘green men’, clad in ferns. They also decorated their houses and farm tools with foliage, and raised tall, leafy maypoles to dance around, probably as early as the 1500s. Midsummer was primarily an occasion for young people, but it was also celebrated in the industrial communities of central Sweden, where all mill employees were given a feast of pickled herring, beer and schnapps. It was not until the 1900s, however, that this became the most Swedish of all traditional festivities.

Ever since the 6th century AD, Midsummer bonfires have been lit around Europe. In Sweden, they were mainly found in the southern part of the country. Young people also liked to visit holy springs, where they drank the healing water and amused themselves with games and dancing. These visits were a reminder of how John the Baptist baptised Christ in the River Jordan.

Midsummer Night is the lightest of the year and was long considered a magical night, as it was the best time for telling people’s futures. Girls ate salted porridge so that their future husbands might bring water to them in their dreams, to quench their thirst. You could also discover treasures, for example by studying how moonbeams fell.

Also that night, it was said, water was turned into wine and ferns into flowers. Many plants acquired healing powers on that one night of the year.

[ When you will read about this Swedish tradition of Midsommar, your webmaster will already sit down and celebrate the “midsommarafton” meal with friends. ]