BLM responsible for rise in US hate crimes – opinion

Based on the behavior and radical ideologies of BLM, it’s simply time to formally condemn the group as a domestic terrorist organization by definition and to seek federal prosecution.

.
ST. LOUIS County police confront anti-police demonstrators during protests in Ferguson, Missouri, in 2015. Officers in riot gear clashed with protesters who had gathered to mark the anniversary of the police shooting of an unarmed black teen. / (photo credit: LUCAS JACKSON/REUTERS)

Over the past year, there has been an unprecedented increase in antisemitic attacks and hate crimes against Jews in the United States. According to the Department of Homeland Security, white supremacy is the greatest threat facing America today and poses a significant danger to Jews, Blacks and other ethnic minorities. However, based on public reports on crime, there is a major disconnect in the government’s threat assessment and attacks that are actually occurring in Jewish communities.

In 2022, New York City saw a nearly 40% increase in violent crime and much of that crime was targeted towards ethnic minority communities. In fact, New York City reported having a 300% increase in antisemitic attacks and found that nearly all of the attacks were committed by Blacks against the Jewish community. Unfortunately, this is not an anomaly, considering that the rise of antisemitism and attacks on Jewish interests have been steadily increasing since 2015, corresponding with the Black Lives Matter (BLM) Ferguson riots.

For nearly seven years, BLM has tried to convince society that White America is racist and Black people are oppressed because of police brutality and Jewish entitlement. This narrative essentially gave them carte blanche to victimize communities with no accountability. Their goal was to use grievance politics to provoke the Black community and it worked. The group’s antisemitic, antigovernment and anarchical ideologies radicalized many people, which rendered ethnic communities unsafe.

Following the July 7, 2016 shooting attack in downtown Dallas, Texas, where a crazed gunman shot and killed five police officers, I filed federal lawsuits against BLM and social media companies, respectively, to bring national attention to how BLM was using social media to incite violence against the police, Jews, Christians and the government. Unfortunately, in both cases, the courts refused to move forward. 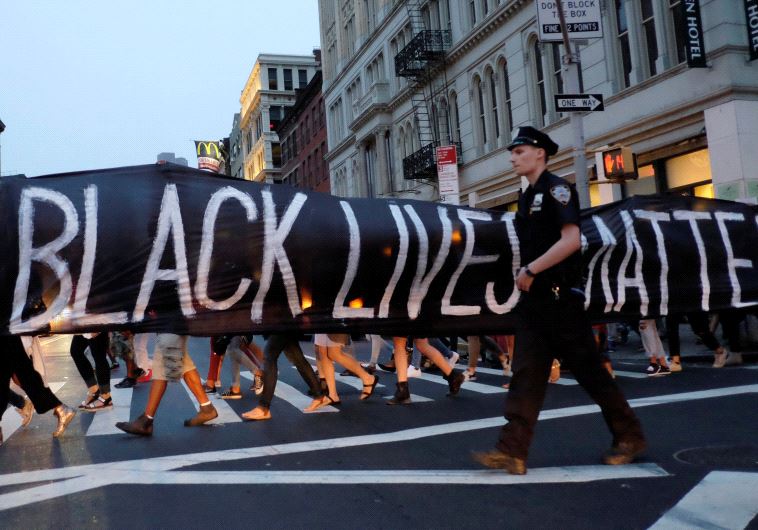 I theorized that BLM’s well-funded radical agenda would destabilize the country, if left unchecked. Unfortunately, six years later, those fears would materialize in the wake of the George Floyd riots. BLM’s radical agenda led to more than two billion dollars in property damage across 140 cities and several police officers being injured in riots. Because many of these crimes were not prosecuted, hate crimes spiked, especially in Jewish communities.

In February of this year, a 21-year-old Black civil rights activist and BLM supporter was charged with attempting to assassinate a Jewish mayoral candidate in Kentucky. The shooter’s social media posts were similar to the radical ideology of the Black Lives Matter-inspired Dallas shooter more than six years ago.

Dating back to 2014, I warned about the antisemitic and racist Black Nationalist agenda and propaganda being promoted online by BLM, but no one listened. By 2016, BLM had become a household name. The movement was raising significant amounts of money from corporations and it was being used in coordination with attacks on government interests. America’s reluctance to condemn BLM out of fear of being labeled racists or facing mob retaliation gave BLM a free pass to carry out countless hate-driven attacks on ethnic communities and even the police.

Based on the behavior and radical ideologies of BLM, it’s simply time to formally condemn the group as a domestic terrorist organization by definition and to seek federal prosecution. Under 18 U.S. Code 2331 (5), the Justice Department defines a domestic terrorist group as a group that uses force and intimidation for the purposes of coercing individuals or changing government policy.

No community should be forced to live in fear, which is why I have openly advocated for greater accountability in efforts to protect our ethnic communities through education and criminal prosecutions.

The writer is a 22-year retired Dallas police sergeant. He is a nationally-recognized law enforcement advocate and serves as the president and executive director of the National Fallen Officer Foundation. He has a doctorate of education and is also the author of the upcoming book Believe Me Now?