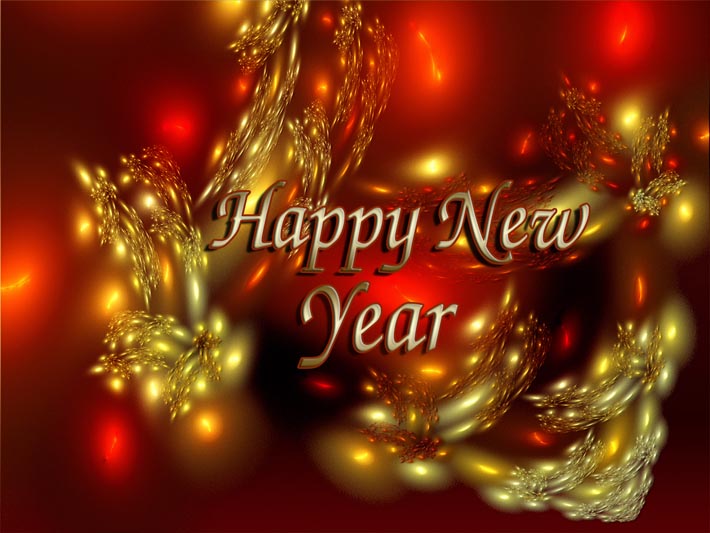 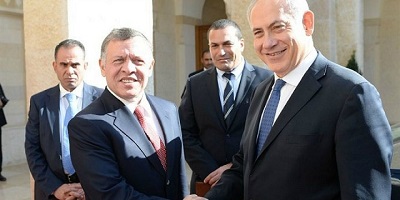 Jewish Israelis Find Their Roots in This now-Arab City

About 100 years ago, the last Jew left Shfaram, now a predominantly Muslim city in northern Israel. Last month, its mayor hosted descendants of the Jewish community at an event that was part history, part coexistence

When the Samoni family of Tel Aviv embarked on a journey last month to find “a connection with our family history” and to discover its “roots” – they didn’t board a flight to Morocco or Poland. They didn’t go through border control or cross oceans. What separated them from the site of their origins was a distance of a mere 110 kilometers (69 miles).

Of all places, the Samonis’ search took them to Shfaram – an Israeli Arab city with a Muslim majority and Christian and Druze minories, but no Jews. Up until 100 years ago, however, Jews were living in the Galilee locale, 20 kilometers east of Haifa. They were remnants of an ancient community going back to the end of the Second Temple period (between 516 B.C.E. and 70 C.E.).

“We’re the descendants of the Jews who lived in Shfaram for generations,” boasted Eliran Samoni, adding that the last member of his family to leave there was Yitzhak Samoni, whom he described as “somewhere between my great-great-grandfather and a great-great-great grandfather,” who left due to financial problems.

Since his family “consists only of girls today and I’m the only son,” he added with a smile, “in effect, the entire future of the Samonis is me.”

Dozens of Jewish Israelis from around the country – all with roots in Shfaram – joined this unusual journey on November 21. As befits Jews, they argued among themselves as to who was the very last to go and to hand over the keys to his house to his Arab neighbors. According to some accounts, something like that happened in 1919, exactly 100 years ago.

Hosting the group was Shfaram Mayor Ursan Yassin, described on websites of media outlets in the north and in social media as the person who “has invited descendants of the Jewish community that lived in the past in Shfaram to attend a gathering of a rainbow of colors and of brotherhood.”

At a ceremony in the local community center, Yassin excitedly told the participants: “This is your city. Your parents lived here along with our parents as one family. Welcome to your city, Shfaram.”

Listening attentively to the mayor’s remarks – and swapping anecdotes – the group sat around tables and enjoyed eating lamb that had been slaughtered in their honor and generous helpings of knafeh (a traditional Middle Eastern dessert).

“When I was a child, my father told me stories that I haven’t forgotten until this day, when I’m 65,” said Yassin, adding that he remembers descriptions of a shared life “of Jews, Christians, Druze and Muslims, who lived like one family.”

Everyone, he continued, “worked here together, in agriculture. There was no difference between them. After a hard day’s work in the field they sat together on the ground, each one took out the food he had brought from home, and everyone ate some of the other’s food. One told a joke, another told a story, and that’s how they passed time pleasantly. They liked one another, they laughed and cried together.”

Eliran Samoni said that when he first heard about the gathering in Shfaram, he realized that it might be a good opportunity for him to look for forgotten relatives – to help him bear the responsibility for preserving his family’s legacy.

“I want to expand our family tree and to look for other Samoni families who are part of the ‘dynasty,’” he said. “Who needs citizenship in Portugal or Spain?” a reference to a law whereby Jews who can prove they are descendants of Sephardi families forcibly expelled by those countries during the Inquisition, can apply for citizenship. “We have history here, in Shfaram.”

Unfortunately, Samoni didn’t find any long-lost relatives at the event last month, but there is still hope: A WhatsApp group of descendants of the Jews of Shfaram is gaining momentum and members by the day.

The person spearheading the efforts to reconnect descendants of the Jewish community with Shfaram is Danny Levy, an 80-year-old Haifa resident and scion of the Hassan family who lived there; he was also the one who asked Yassin about arranging the gathering. The mayor responded warmly, explaining that it would be an opportunity to help forge closer connections and mutual respect between his city and the Jewish families. Indeed, local residents also took part in the events that day.

Levy, for his part, said that originally, he had “turned to the radio show called the Search Bureau for Missing Relatives, and received a few addresses of descendants. And then one of them posted everything on Facebook and we also published a notice in the Haifa digital newspaper. The result was a flood of phone calls,” he said, adding proudly, “We are an ancient family.”

Along with members of the Hassan and Samoni families, others participating in the November event included descendents of the Cohen, Bonan (Al-Jali), Zeut, Atari and Almani families.

The group also toured the remains of the 17th-century Mahaneh Shekhina synagogue, which some say was built on the ruins of an earlier synagogue. They walked to the site where the Jewish cemetery was once located, but is today empty of any tombstones.

In addition to the family roots aspect of the day, another goal, as mentioned by the mayor, was to bring together Jews and members of the local population. The nadir in those relations came during an incident in 2005 when an Israel Defense Forces deserter named Eden Natan-Zada shot and killed four Arab residents, after which he himself was lynched by a local crowd.

For his part, Mazen Ayoub, an educator who lives in Shfaram, said he preferred to see the silver lining in the fragile relationship, and to cultivate the shared roots “so that new seeds will sprout and new fruit will grow from them,” as he put it. “I’m aiming for a large tree, in whose shade the two of us will sit.”

Ayoub’s remarks were echoed by the chief rabbi of Acre, Yosef Yashar, who was also in attendance.

“How good and how pleasant it is, when brothers live together in unity,” he said from the dais, quoting a verse from Psalms, noting the “unique atmosphere” in which members of different religions have coexisted in Shfaram “like one family,” in “brotherhood,” “peace” and “friendship.”

“We want to demonstrate the possibility of a good connection among the inhabitants of this country, which is dear to all of us,” said Yael Fogelman, a peace activist who helped to arrange the gathering in Shfaram. (A few weeks later, this connection was evident when several local residents were among those who attended the funeral of Fogelman’s father, Israeli intelligence officer Avraham Dar.)

According to tradition, following the destruction of the second Temple, during the eras of the Mishna and Talmud, Shfaram was a large Jewish city. In the second century the Sanhedrin (the supreme legislative Jewish body) was transferred there and it was also home to Rabbi Yossi Haglili, a famous sage. During the following generations Christians and Muslims also moved there, and the Jews became a minority.

There is historical evidence that the Jewish community continued to live in Shfaram for many centuries. After the expulsion of the Jews from Spain in 1492, a number of families reached the city, among them some from Oran, Algeria, and others from Tehran. The sources state that in 1525 there were only three Jewish families living in Shfaram, and in 1533, 10 Jewish households.

The community expanded during the rule of Daher al-Omar, the Bedouin governor of the Galilee in the 18th century, who brought in Jews from all over the Ottoman Empire to strengthen the local economy. In 1839, when Sir Moses Montefiore toured Jewish communities in Palestine, there were 197 Jews in Shfaram – all of them Sephardim. In the 1870s a British delegation that conducted research in the country reported that there were 100 Jews residing there; their numbers decreased during World War I and a decade ago, none remained.

At the event in November, a number of stories of respected Jewish sons of Shfaram were recounted – among them that of an eye doctor named Zerubbabel Mizrahi, son of the doctor of the Persian sheikh, who immigrated from Tehran and settled in Shfaram in the 19th century. There was also a tale told concerning another local Jew, who was said to have used his bare hands to strangle a tiger that was frightening city residents and devouring their livestock.

“When my husband’s family told me their stories from Shfaram, I thought they were pretty weird,” said Dalia Shahaf of Kiryat Ono, in central Israel, who attended the gathering with her husband Shmulik. “How is it possible that you were never exiled from here?” she asked them in surprise.

Shahaf said local Jewish history has been preserved in anecdotes and memories, but a comprehensive and serious study must be conducted: “This is history that is really worth pursuing – there are many living descendants who know stories from their grandparents’ homes.”

The Shahafs have made several visits to Shfaram, during which they met an 80-year-old cobbler who answers to the name Benjamin. He told them that he reads the Jewish Bible in Arabic translation every day – which, they said, supports their “suspicion” that some locals may have Jewish blood in their veins.

“They say that the Jews disappeared from many places, but they didn’t disappear,” asserted Dalia. “They simply converted to Christianity or Islam.” Her husband said he hoped the renewed interest in the Jewish roots of Shfaram will lead to restoration of the Jewish homes and workshops there, as in Jewish communities abroad.

Two combined songs “a la orientale”,one was sung by Hanka Ordonówna in Warsaw in 30-thies and second by Soshana Damari in late 40-thies in Tel Aviv. Both written by Polish composers, inspired by Jemen Jews folklore. Great example of orientalism.
Composer of the first one Henoch Kohn came from Lodz and was part of artistic group Yung Yidish. He composed music to the famous movie The Dybbuk based on the celebrated play of the same name by S. Ansky.
Second was written by Moshe Wileński, who left Warsaw already in 30-thies and immigrated to Palestine. Together with Natan Alterman – also from Warsaw – they created first Hebrew cabaret Li-La-Lo (For me, for her, for you), which was inspired by cabarets from Warsaw. 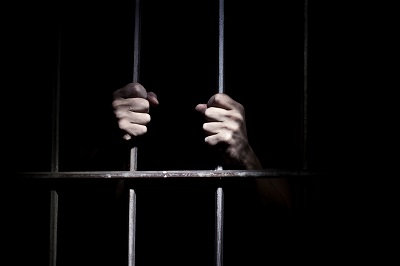