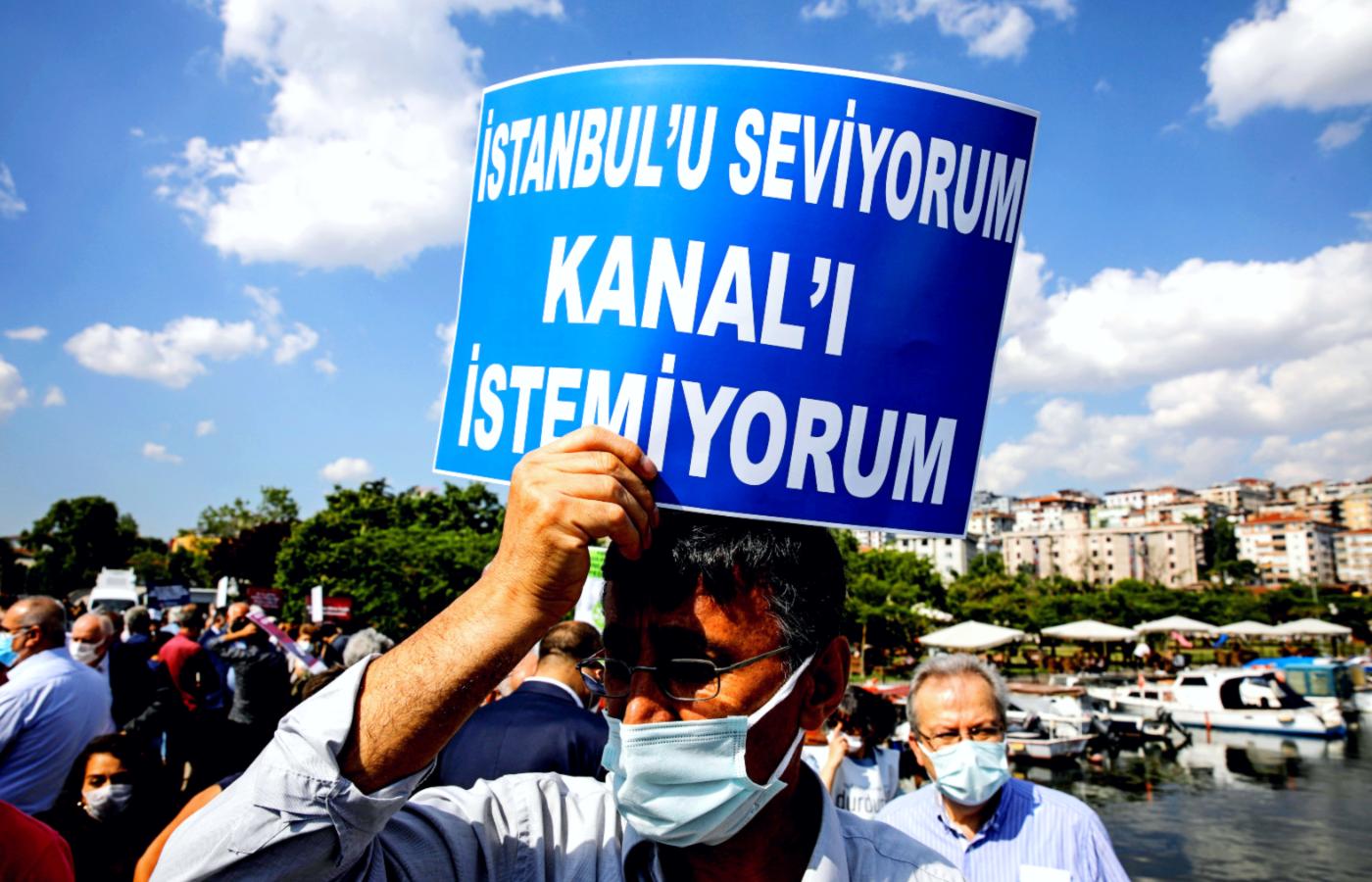 A new study on some 3,000 years old artifacts proves that Egypt imported copper from the iconic Timna mines.

Did a massive trade route exist some 3,000 years ago between Egypt and Timna, home to the iconic copper mines which have become famous as “King Solomon’s Mines” located in the southern region of modern Israel?

A new innovative study led by Dr. Shirly Ben-Dor Evian, Israel Museum Curator of Egyptian Archaeology and Prof. Erez Ben-Yosef, head of the archaeometallurgical laboratory at Tel Aviv University and director of excavation at Timna, suggests that the answer is yes.

The study analyzed the bronze composition of four 3,000-year-old figurines from the museum’s collection found in the necropolis of Tanis, an Egyptian city in the Delta region that served as the capital of its regional kingdom. The researchers were able to ascertain that the copper used to produce the metal was mined at Timna.

The findings – recently published in the academic journal Journal of Archaeological Science: Reports – shed new light on the relations between Egypt and the populations of the Levant. And according to Ben Yosef, they offer an additional element to support his view that a nomadic kingdom at the time could constitute a wealthy and sophisticated society capable of entertaining complex commercial relations with foreign entities, offering important insights not only on what was happening in Timna – which he believes at the time was part of the biblical Kingdom of Edom – but also in the Jerusalem of King David and King Salomon.

The four artifacts – known as Shabti – are typical funerary figurines that were used in Egypt for millennia.

“In ancient Egypt all subjects were required to devote some time during the year to forced labor for the kingdom,” Ben-Dor Evian said. “Only the members of the elites received a special exemption from the king. However, there was a fear that this exemption would not be granted in the afterlife. For this reason, the members of the upper classes were buried with these figurines, which they thought would act as their servants and work on their behalf.”

The egyptologist noted that sometimes the shabtis in a tomb numbered in hundreds – one for every day of the year, plus some special figurines what would act and supervisors as well as a few extras, in case any of the servant was not able to work. The artifacts often featured elements such as baskets or agricultural tools.

While for several centuries shabtis were manufactured out of several materials, including faience – a primitive form of glass – pottery, and wood, during the Third Intermediate Period (1070–664 BCE) bronze became a very popular material, including for the funerary figurines.

“For decades the prevalence of bronze objects has represented an archaeological mystery because we do not know of any mining site in Egypt at the time,” Ben-Dor Evian said.

For this reason, the researcher had the idea of examining the bronze of a group of artifacts featured in the museum collection. The figurines were chosen because they carried the name of king Psusennes I, his wife and the chief of his army, well known historical figures dating to the second half of the 11th century BCE.

At the time, Egypt was divided and not as powerful as just a few centuries before.

“Yet, we see how it continued to influence the Levant region, as it emerges for example in the iconography of the area, including in some of the seals used by the King of Judah,” Ben-Dor Evian said. “We could describe it as cultural influence. We know that trade can be a powerful source for it.”
The expert contacted Ben Yosef and with a group of PhD students they conducted the lead isotope analysis on the figurines. For all of them, the copper was traced to Timna.

“Before our study, only one other similar study had been conducted, on an individual bronze object in Germany,” Ben Yosef said. “Also in this case, the copper came from Timna.”

While it might still be premature to affirm that the vast amount of copper used in Egypt at the time was all mined at Timna, the fact that five objects analyzed all came back with the same result offers a strong argument to suggest that an important trade route between the two regions existed.

According to Ben Yosef, this development shed further light on the sophistication of the society present at Timna.

The mines at Timna were traditionally associated with King Solomon and the Kingdom of Israel, until an excavation at the end of the 1960s revealed a small Egyptian temple which was brought as evidence that the mining activity was related to Egypt, and dated back to the 13th century BCE some 200 years before King David.

After Ben Yosef began to excavate again in 2013, radio-carbon dating of organic material found proved that the most intense activity of the site happened around 1,000 BCE, the time of David and Solomon, when Egypt was not powerful any more.

While the archaeologist believes that Timna was part of the Edomite Kingdom, which is prominently featured in the Bible, he has also suggested that what was happening at Timna was still very connected to the vicissitudes of contemporary Jerusalem.

Jerusalem could have indirectly controlled the mines – as the biblical text itself suggests when it narrates how David conquered Edom.

Some scholars think that the kingdom of David and Solomon could not have been as powerful as described in the Bible – since the archaeological remains from the time are very scarce. However, according to Ben Yosef, findings at Timna as well as the massive scale of its mining operation without any evidence of prominent buildings offer proof that a rich and powerful territorial entity could have existed without leaving behind such archaeological remains.

Ben-Dor Evian does not believe that at this juncture the cultural affiliation at Timna can be proven, but agrees on the importance of its operations.

For the future, the researchers hope to understand more about the centuries that followed, and especially what happened in terms of the relations between Egypt and the Levant under Sheshonq, who descended to the throne of Tanis around 950 BCE and is known to have launched a military campaign against the Kingdom of Israel, both from archaeological evidence and the biblical text.

How did the war influence the copper trade? A lead isotope analysis of contemporary artifacts might be able to provide answers. Australian canoe slalom athlete Jessica Fox is heading to the Tokyo Olympics this summer with her mother, who doubles as her coach, Kveller reported last week.

The 27-year-old Jewish athlete, a two-time Olympic medalist, will be competing in Tokyo in July for Australia’s canoe slalom team. Canoe slalom is timed event in which athletes race a whitewater course through a series of upstream and downstream gates.

Australian canoe slalom athlete Jessica Fox is heading to the Tokyo Olympics this summer with her mother, who doubles as her coach, Kveller reported last week.

The 27-year-old Jewish athlete, a two-time Olympic medalist, will be competing in Tokyo in July for Australia’s canoe slalom team. Canoe slalom is timed event in which athletes race a whitewater course through a series of upstream and downstream gates.

The athlete’s father, Richard, competed in canoe slalom for the United Kingdom in the Barcelona Olympics in 1992, and her mother, Myriam Fox-Jerusalmi, won a bronze medal in the same sport at the Atlanta Games in 1996. Jessica’s younger sister, Noemie, is also a canoe slalom athlete and most recently competed in the U23 World Championship.

Jessica’s mother has been coaching her and her sister since they got started in the sport and Jessica is now ranked number one in the world in the women’s division, according to the International Canoe Federation.

Jessica said in 2018, “I think when your mom’s your coach, it’s a very special relationship. She has to wear two hats: she has to be the coach, she has to be the mom, and provide the support, and also be able to bring out the best in me. And there are no shortcuts. That transparency and honesty that we have with each other is really important.”

At 18, Jessica became the youngest woman to earn a medal in canoe slalom at the London Olympics in 2012 when she took home the silver, according to Kveller. She went on to win bronze in 2016 at the Rio Olympics, and won her seventh individual senior world title at the Slalom World Championships in 2018. She was also named Jewish Sportswoman of the Year by Maccabi Australia in 2014.

A record number of female athletes — 254 in total — will be a part of the Australian Olympic team. In August, Jessica told Women’s Health Magazine Australia about being a part of the historic team, “I’ve had a lot of time to reflect over the past year and it’s just amazing to be part of this group and have the opportunity to sit on that start line knowing all the women who came before us and fought for us to be there, but who never had the opportunity themselves. Tokyo will be a very special moment.”