The strip along the Jordan River’s west bank has little military value, but it does offer opportunities to cooperate toward peace (Op-Ed) 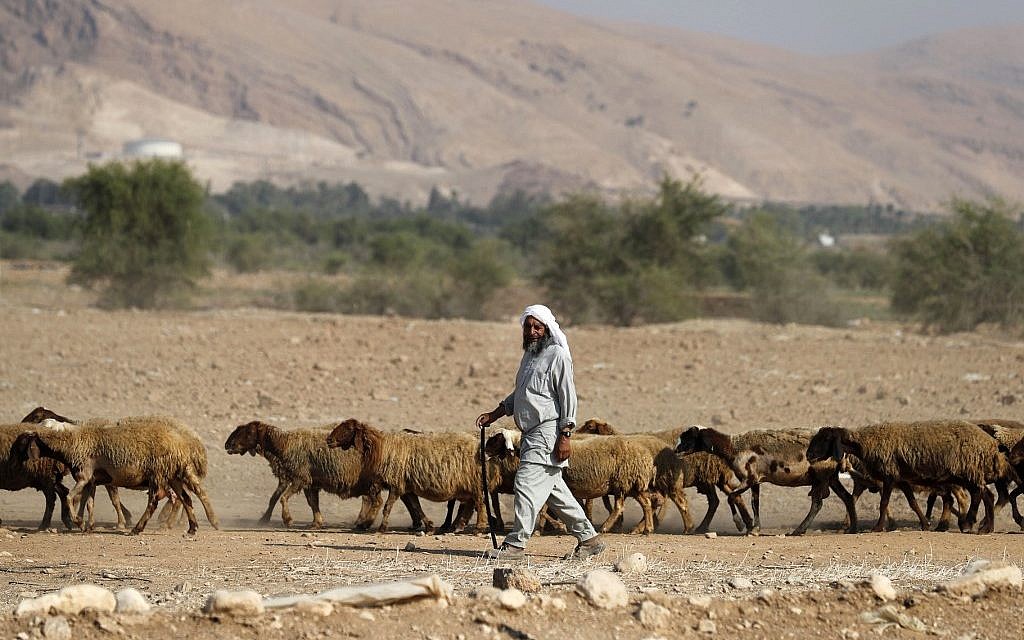 A Bedouin shepherd walks with his herd of sheep in the Jordan Valley in the West Bank on September 11, 2019 (AHMAD GHARABLI / AFP)

Announcements made by Israeli politicians during these last weeks of the Israeli election campaign to annex the Jordan Valley on the grounds of protecting Israeli national security are not grounded in reality. Independent experts from military, diplomatic and development perspectives draw a common conclusion that annexation of the Jordan Valley would more likely lead to increased instability, not only in Israel and Palestine but also in Jordan.

At the military level, a 2011 report by the Israeli Peace and Security Association dismissed claims Israel needs the Valley for strategic depth. The report, representing hundreds of Israel security experts including Brig. Gen. (Res.) Shlomo Brom, former chief of the Strategic Planning Division of the Israeli army; former military intelligence head Maj. Gen. (Res.) Shlomo Gazit; former air force commander Maj. Gen. (Res.) Amos Lapidot; and Maj. Gen. (Res.) Nati Sharoni, former head of the army’s Planning Division; concluded that “with or without the Jordan Valley, Israel does not have strategic depth; it is only about 40 kilometers [25 miles] across, including that valley” therefore, “guided missiles and rockets of various ranges … can reach any target in the State of Israel regardless of control of the valley.”

On the contrary both Israeli military experts and former Israeli diplomats with deep knowledge of regional relations, such as Ambassador Oded Eran, have argued that it is the peace treaty between Israel and Jordan that is strategic to Israel’s security on its eastern border. Annexation by any future Israeli government of the Jordan Valley would only weaken an already bleeding Israeli-Jordanian relationship and, from a broader development perspective, would lead to increased instability on both the western and eastern banks of the River Jordan.

A 2015 regional development plan produced by Dutch development expert, Royal HaskoningDHV, for EcoPeace Middle East, describes the current state of the Jordan Valley as both environmentally and economically “demised,” resulting in social unrest, much due to high youth unemployment, that already threatens security region wide. The report highlights that only through regional cooperation can the fate of the Jordan Valley be reversed and shared prosperity from the Sea of Galilee to the Dead Sea be achieved for Palestinians, Jordanians and Israelis together. The regional plan details how attracting private sector investments, especially to the Jordanian and Palestinian areas of the Jordan Valley, could increase the annual GDP of the Valley from its present poverty level of under US$4 billion annually to US$73 billion.

Israeli annexation of the Palestinian areas of the Jordan Valley would be incompatible with international law, could place a nail in the coffin of a two-state solution to the Israeli Palestinian conflict, kill any prospects for attracting needed international investment to reverse the current demise of the Valley, and lead most likely to increased violence and region wide insecurity. Hence any claim that Jordan Valley annexation is essential for Israel’s security is not supported by the evidence. On the contrary, such action will threaten regional security and stability.