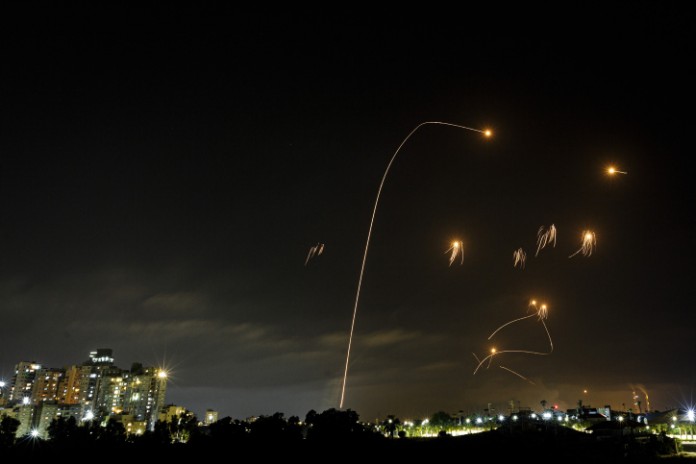 A dozen major Jewish organizations spanning the religious and political spectrum are urging the U.S. Senate to quickly approve funding for the replenishment of Israel’s Iron Dome air-defense system.

The House of Representatives overwhelming approved (420-9) legislation last September to provide $1 billion in funds, but the legislation has since stalled in the Senate.

The letter, which was spearheaded by the American Jewish Congress and Jewish Council for Public Affairs, calls on Senate leaders Chuck Schumer (D-N.Y.) and Mitch McConnell (R-Ky.) to move the measure forward.

“As American Jewish organizations dedicated to maintaining strong support for Israel’s security, we implore you to not allow any more needless delays in passing this legislation. Every day that goes by without this funding is one more day of danger and insecurity for the Israeli people,” the groups said.

The Jewish groups said they are “deeply troubled” by maneuvers to delay the consideration of H.R. 5323 by the full Senate, which “weakens our entire nation’s commitment to our Israeli ally’s security.”

Israel’s Iron Dome system came under heavy use during the May 2021 conflict with Palestinian terror groups in the Gaza Strip when more than 4,000 rockets were fired on Israel. The Iron Dome intercepted nearly 90 percent of them. The system, which the United States helped to develop, can cost as much as $80,000 per use.

“Rebuilding the supply of interceptor missiles takes time, due to the relatively slow manufacturing process, with cost being an inhibitor. On the other hand, terror groups like Hamas, Hezbollah and PIJ [Palestinian Islamic Jihad] use less sophisticated rockets that are manufactured quickly, at a much lower cost, but that are no less deadly,” said the group.

In September, funding for Iron Dome became a point of controversy in the House when it was removed by a larger spending bill over objections by progressive Democrats.

Nevertheless, Democratic leaders in the House quickly introduced a standalone measure that passed with overwhelming bipartisan support. However, the bill was blocked from being passed in the U.S. Senate by Sen. Rand Paul (R-Ky.), who stated that he would not vote for the funding unless its cost was not offset by cuts elsewhere, specifically suggesting re-appropriating foreign aid the administration intends to provide to humanitarian groups in Afghanistan.

“We as American Jews believe that Israel has no better friend or partner than the United States, and we are proud to be supporting a defense system that protects all of Israel’s citizens, regardless of their religious background or ethnicity,” the organizations said, adding that U.S. President Joe Biden has signaled that he is ready to immediately sign the legislation.

“We therefore urge you to ignore the unfortunate gamesmanship that is taking place right now in the Senate and to press forward in bringing the House-passed legislation to the floor for a vote.”