Apology, 800 years on, for laws that expelled Jews from England 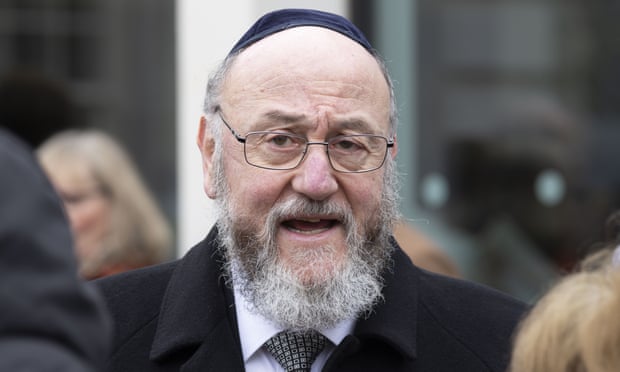 The Church of England is to apologise for its “shameful actions” in passing anti-Jewish laws 800 years ago that paved the way for the expulsion of Jews from England.

A special service at Christ Church cathedral in Oxford on Sunday, marking the 800th anniversary of the Synod of Oxford, will be attended by Ephraim Mirvis, the chief rabbi, with representatives of the archbishop of Canterbury and a Roman Catholic bishop.

The synod passed laws forbidding social interactions between Jews and Christians, forcing Jews to wear identifying badges, imposing church tithes on them and banning them from certain professions. They were also forbidden from building new synagogues.

By the late 13th century, further measures forbade Jews from owning land and passing on inheritance to their children. Hundreds were arrested, hanged or imprisoned.

Eventually, all the Jews in England – 3,000 or so – were expelled under an edict in 1290 by King Edward I. They were not permitted to return for more than 360 years.

The Church of England was not created until the 1530s, when Henry VIII split from the pope. Nevertheless, it was now right for Christians to repent of their “shameful actions” and to “reframe positively” relations with the Jewish community, said Jonathan Chaffey, archdeacon of Oxford. The Roman Catholic church was “fully in accord” with the apology, he added.

The move follows a 2019 document produced by the Church of England which said Christian attitudes towards Judaism over centuries had provided a “fertile seed-bed for murderous antisemitism”. Anglicans and other Christians must not only repent for the “sins of the past” but actively challenge anti-Jewish attitudes and stereotypes, said the document.

It acknowledged that cathedrals in Norwich and Lincoln were associated with the spread of the “blood libel” in the late Middle Ages, when Jewish communities were falsely accused of abducting and killing Christian children.

But the church’s effort to take responsibility for its part in Jewish persecution was blunted by stinging criticism by the chief rabbi of the continued “specific targeting” of Jews for conversion to Christianity. Some Christians saw Jews as “quarry to be pursued and converted”, he said.

The document went no further than urging Christians to “think carefully” about evangelising their Jewish neighbours, and saying Christians should be “sensitive to Jewish fears”.

Tony Kushner, professor of Jewish/non-Jewish relations at Southampton University, said: “This is the hardest step for the church. Accepting that blood libels, massacres and expulsions were wrong is straightforward … accepting that Jews have a validity of religion is more challenging.”

The apology over the Synod of Oxford reflected “concerns over contemporary antisemitism” and was part of a wider reassessment of ideas and heritage, including slavery, he said.

“The C of E didn’t exist [at the time of the Synod of Oxford] so it is apologising for things that it wasn’t responsible for. But if it regards itself as the leading voice of Christianity in Britain today, then the apology has some merit in recognising injustices that were done.”