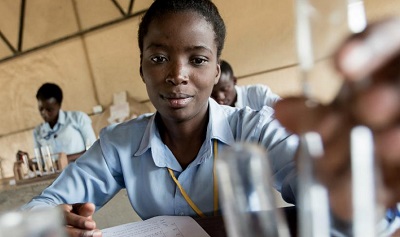 Workers carried 20 to 40 kilos of steel supporting elements up 300 meters along the cliff to the Ottoman-period fortress.

.
The Mt. Arbel National Park will open this weekend after 1.5 years of complex conservation work on the Ottoman period fortress on the towering cliff. / (photo credit: Asaf Dori)

Towering majestically over Lake Kinneret, looking out over a breathtaking view of the upper and lower Galilee including Mt. Nitai, and further towards the Golan Heights and Mt. Hermon, the stark cliff of Mt. Arbel has been witness to plenty of history.

In a secluded plateau on the south and west of the impressive cliff, are the archaeological remains of a Jewish village from the Hellenistic period in the 2nd and 3rd century BC, which was in continued use until the Roman period; inside the cliff is a series of hidden cave dwellings which may have been an extension of the village and which were used as a refuge by Jewish rebels supporters of the last Hasmonean king of Judea, Antigonus II, as they battled, and lost, against the Roman legions of King Herod in 40 BC. The battle was described by Roman-Jewish historian Yosef Ben-Matitiyahu who himself was leader of a Jewish battle against the Romans at the same inaccessible location in 60 CE, later describing how the Romans lit large fires at the entrance of the caves–with many of the Jewish rebels leaping to their deaths–in his famed volume “The War of the Jews” written as Flavius Josephus.

Beneath all this, flint tools and other archaeological evidence of pre-historical occupancy have been found; on top there is also evidence of a crusader fortress and, above all, there is what can be seen today overlooking the region: a stunning work of architectural engineering in the form of a military fortress from 1621 built by a local Druze ruler named Fakhr Al-Din II during a period of instability during the reign of the Ottoman Empire.

The fortress was not allowed to stand for too long, and within a decade of its construction Ottoman forces destroyed it for reasons unknown. Time and nature did their share, and over the centuries the three-story fortress—a popular site for intrepid hikers to visit–fell into great disrepair making it dangerous for visitors.

Fifteen years ago, the Israel Nature and Parks Authority, which manages the Mt. Arbel Natural Park and Nature Reserve, undertook a sweeping conservation project made up of six parts, and in the past five years two major conservation projects of spectacular complexity to strengthen and support the fortress were carried out.

The Mt. Arbel National Park will open this weekend after 1.5 years of complex conservation work on the Ottoman period fortress on the towering cliff (credit: Rotem Cohen Vider)

This Saturday, July 16, the site will officially reopen to the public after 1.5 years of conservation work.

In July and August, there will be unique behind-the-scenes sunrise tours of the conservation works inside the citadel, and hikers will be able to experience both the spectacular natural beauty at the reserve as well as the magnificent archaeology.

The conservation work on Mt. Arbel was coordinated with the Israel Antiquities Authority, planned by Schaffer & Ronen conservation engineering and carried out by Archo Company.

As part of the conservation work carried out with the Archo Company, many stones were reinforced in the fort, special materials for the thickness of the walls and the ancient structure were injected and about 20 deep drillings were drilled into the rock to create a grip on the hanging walls.

“Another significant process done at the site is the construction of a steel supporting element that simulates the original wall line of the fort, which aims to support the stone walls hanging in the air. The project was accompanied by extremely difficult engineering and logistical challenges that made it challenging and special and we are very happy that it has come to an end and we can return the fort to the visitors,” added Yonatan Orlin, director of the INPA conservation teams in the northern district.

The logistics of the work were formidable, said INPA Mt. Arbel Park director Asaf Dori. Special scaffolding had to be built prior to the conservation work in order to allow the process to begin.

“The fortress is in the middle of the cliff and access to it is by foot only. There is a path that reaches to 300 meters below the cliff, but then you need to climb the 300 meters to the fortress, and another 170 steps to the first story and another 80 more steps inside the fortress in order to bring all the materials and tools up,” he said.

Different methods of transporting materials were looked into from donkeys to tractors and helicopter, but in the end the only thing that was suitable was manpower, he said, and the conservation work itself was conducted standing on the scaffolding suspended from the cliff.

“All the material, everything went up on the backs of people. Twenty to forty kilos of the steel elements for the wall was brought up piece by piece and built like with Legos. It couldn’t be built any other way,” said Dori.

Much artistic architectural thought was put into the original design of the fortress said Dr. Haim Mamalya, Tiberias and East Lower Galilee subdistrict archaeologist of the Israel Antiquities Authority.  Even when building on such a difficult location, Fakhr Al-Din II put emphasis not only on the fortress as a place for military protection but also as one of beauty using the natural resources available to him, said Mamalya, and the fortress wall was made of successive rows of three of white limestone and black basalt stone he procured from the valley below.

“It is very beautiful and special. It was really thought out.”

“It is not easy to carry basalt stone from the wadi to mid-cliff, but the purpose was for more than just to protect the wall against attacks from enemies, or for construction purposes, but for the esthetic beauty of it. It is very beautiful and special,” he said. “It was really thought out.”

The hundreds of caves that were originally created in a natural process also open on the cliff, and later the natural cave complexes were hewn and expanded by man for residential purposes in ancient times. The impressive structure of the caves include living halls, collection cisterns, stair assemblies, Jewish mikvahs and cisterns which were carved under the natural drainage system of the rock, through its natural grooves, noted the INPA in a statement.

“This has been a very complex work done in the center of the high cliff, which has led to spectacular results. Today, the visitor’s experience in the fortress has improved miraculously, and after 160 steps they will enter a 400-year-old building that provides a spectacular and unique view of the Arbel, Lower Galilee and Upper Galilee,” said Dori.

He noted that there are several hiking trails in the reserve. Around the entrance of the site there is an easy circular route along the mountain base that includes four amazing views and from where the fortress can be seen, or the more adventurous route designed for families of good hikers and recommended for children aged 7 and up, which includes descent and then ascent of the cliff—including the use of metal ladders in some places—and also passes through the fortress and refuge caves.

In honor of the new opening on July 16, August 5 and August 20 the INPA will offer free, behind-the-scenes tours along the more challenging path at 6:30 a.m. and 7:00 a.m. by tour guides as part of a Tourism Ministry project. In the morning, there will also be professional guides who will guide the hikers on the conservation and development work done at the fort.

Entrance to the site to view the sunrise will begin at 5:15 this coming Saturday, and at 5:30 a.m. during the month of August, but a descent to the hiking path will be only possible starting at 6:30 a.m. to respect the quiet for the many animals for whom the nature reserve is home.