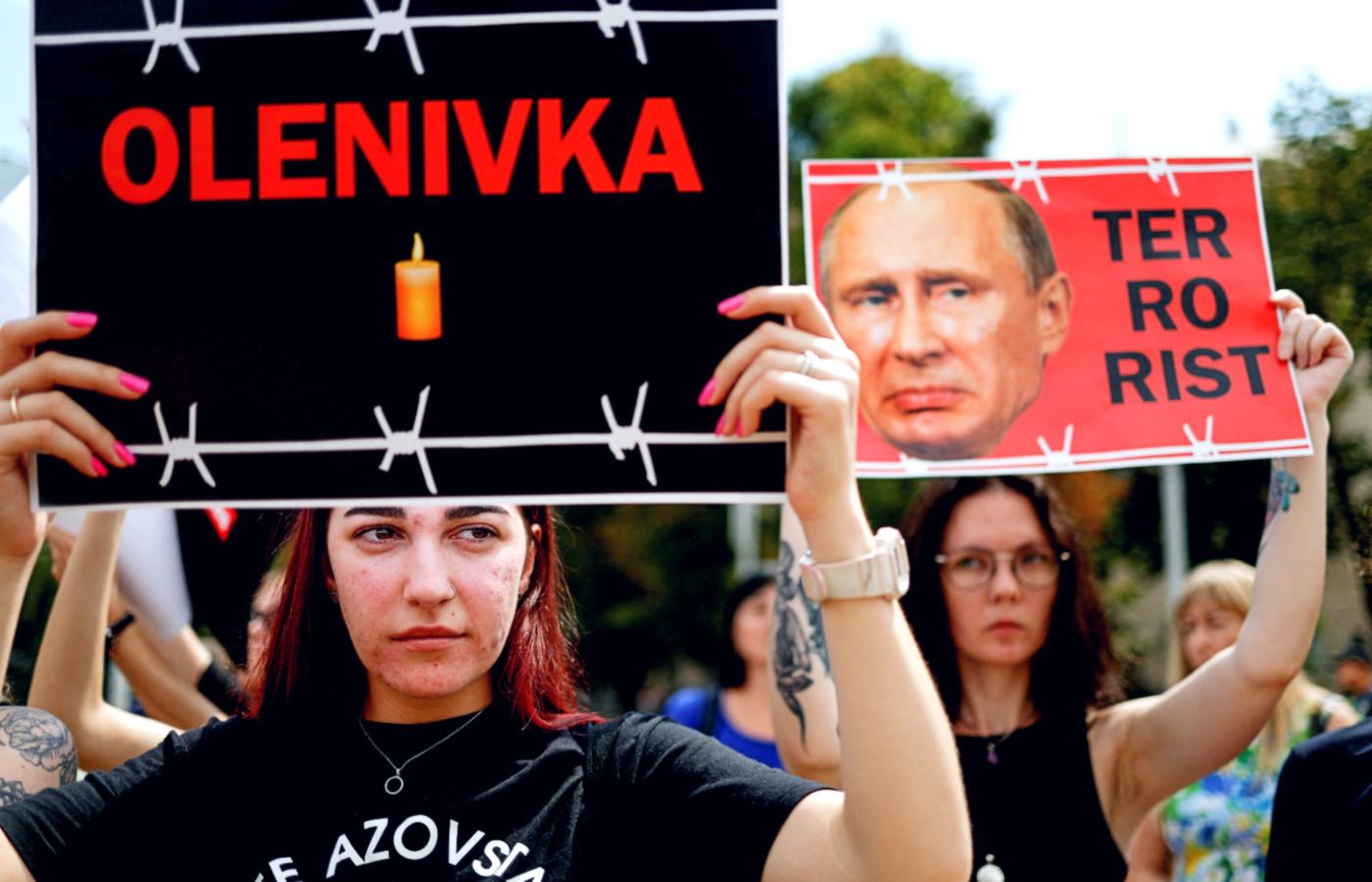 Life on the border with Gaza – opinion

My stomach does somersaults when faced with this kind of tension. I took off a kilo in the three days of this operation. Not a diet I would recommend.

THE WRITER stands next to her safe room window, with the iron sleeve finally permitted to be open to let in the Negev light, at the beginning of this week. / (photo credit: ADELE RAEMER)

They say that birds and cats can sense an impending earthquake.

As a longtime resident of the region in Israel known as the Western Negev (or the Gaza Envelope), I have experienced, up close and personal, all of the escalations and operations we have had with Gaza since 2009. I live on Kibbutz Nirim, which is 2 km. from the border with the Gaza Strip. On afternoons when the soft Mediterranean breeze traverses the Gaza Strip, I can hear the Imam’s call to prayers, emanating from the mosque that, housing weapons in 2014, was demolished and has since been rebuilt. That’s how close.

I have lived here long enough to have experienced a time when we used to pile into an old GMC van and drive 20 minutes to the Gazan shuk (market) to buy rattan furniture and sweet watermelons. And I have experienced this conflict of cultures long enough to be able to sense, like the cats and the birds, impending escalation. It’s a sense that we, who live here in what we like to call 95% heaven and 5% hell, learn to develop very quickly.

This sense kicked in, pulling at our flight or fight instincts early on Tuesday of last week. That’s when the silent escalation began, bringing with it road closures and warnings not to walk via my usual paths around my community for fear of catching the attention snipers looking through their crosshairs. That’s how close.

We were, thus, restricted for three days last week, before all of that 5% hell broke loose on Friday at 4:15 p.m., when the IDF eliminated Palestinian Islamic Jihad (PIJ) northern Gaza commander Tayseer Jabari, and we first heard that this escalation had a name: Operation Breaking Dawn. Also targeted at that point were PIJ operatives who, according to intelligence gathered by the IDF, were on their way to carry out an attack on Israeli citizens.

.
POLICE INSPECT a vehicle that was damaged following a rocket attack from Gaza, in Ashkelon on Saturday. (credit: AMIR COHEN/REUTERS)

As soon as Breaking Dawn was announced, my daughter who lives here on Nirim grabbed her 3 littles and clambered into their car. Their emergency escape bags had already been packed, since she, too, has the sense. After all, she’s lived here all her life.

And so my daughter’s family was among the many other families choosing to leave with their kids that day or early Saturday morning. In fact, the vast majority removed their children from beyond the range of terrorist rockets. As part of the National Emergency Authority coined Rachel (an acronym in Hebrew), which helps communities near the border evacuate collectively, most families from Nirim drove 3 hours south, to a hotel in Eilat to which we were assigned and warmly welcomed.

It’s no fun packing a bag and evacuating for no-one-ever-knows for how long but statistics have shown that evacuating together as a community reinforces resiliency in times like these, for children as well as their parents. It’s a sad fact that we have had enough experience with these situations to even have those statistics.

Another fact of our lives is that we have from zero to 10 seconds from the time we hear the warnings of the Red Alert, our incoming rocket alarm system, until we hear the explosion, to get to someplace safe. That’s how close.

Even in our relatively small homes, that’s not a lot of time. We are all haunted by the tragic death of five-year-old Daniel Tregerman of blessed memory, from Kibbutz Nahal Oz, who was playing in his living room when the alarm sounded. He didn’t make it to the family’s safe room before his young flame of life was violently extinguished.

Still, there are many of us who choose to remain and live here during periods of military operations looks deceivingly similar to life as usual, just tilted about 10% off kilter.

Most of the time, I can go about my regular activities inside my home. Although, if you were to visit me during times of warfare, you would note that the place where I sleep is my safe room as opposed to my bedroom. Back in 2014, those bedroom walls were riddled by shrapnel from a mortar that exploded nearby during the horribly violent summer of that year.

YOU MIGHT notice that I take my phone wherever I go, obsessively, so as not to miss an alert from its very first second. With only zero to 10 seconds to protect my life, every second counts. You might possibly be annoyed by the fact that multiple TVs are on without sound for the same reason: to catch the orange and blue pop-ups that name the communities and cities which are being targeted at that moment. Surrounding myself with those TV screens is one of the ways I am able to stay calm, keeping tabs on the assaults and adding to my warped sense of security.

When I take showers, they are quick and to the point, with the towels preemptively laid out and the bathmat ready to dry my feet so I can jump out, grab the towel and wrap it around my body as I run to the saferoom, hopefully without slipping. The safe room is as far from my shower as it can be in my little house. You do not want to hear the calm female voice repeating the words tzeva adom (the Red Alert warning, in Hebrew) while under the showerhead nor while on the toilet. Believe me; I know. I’ve experienced them both. We all have.

While many people here find some comfort in baking or cooking during times when we are confined to our homes due to the risk of walking around outside, in my house, you’ll not see a lot of food. My stomach does somersaults when faced with this kind of tension. I took off a kilo in the three days of this operation. Not a diet I would recommend.

Going outside is even more challenging. Throwing out the garbage, going to the kibbutz store to get staples or even getting into the car to leave are all nerve wracking. Any movement outside includes subconscious and simultaneous calculations and scanning of the surroundings in order to know where to run for cover if there is an alarm at any given moment.

As a person who is hard of hearing and uses hearing aids, sounds are a challenging issue, as well. Hearing aids alter the color and nuance of sounds. Every little noise can trigger flight mode, sounding like the crackling of the alert emanating from the loudspeakers dispersed around our community.

One may question why I choose to remain in my home during such harrowing days. My response would be multi-fold. I’m a person used to taking action. I find it easier to cope and internalize such situations by doing something. I would go absolutely nuts being away from my community knowing that I could be more helpful from within. I believe it is important that the world be given the information to understand that while what goes on in Gaza is hell, it ain’t no picnic here, either.

Therefore, I believe it is vital to remain on Nirim, to bear witness. I blog and vlog, give interviews and TikTok my little heart out. I answer questions, pose options, do my very best to reflect to the world who we are, what we are experiencing and, yes, expressing empathy for the innocents on both sides of this border, Israelis and Gazans, who are held hostage by the ruthless terrorists in Gaza who care more for their own political power and the size of their personal bank accounts in Switzerland than they do for the good of their own people. I remain at home because I can. I have the resilience, the purpose and the determination to deal with what comes my way.

Finally, it is important to me to remain on my home turf because I am a proud Zionist who knows that it is only here, in our ancient homeland, that Jews can remain safe and free. I am no longer a soldier in uniform (although it was in that very role that I arrived in Nirim all those years ago), yet I have my own arsenal of weapons and skills, which I continue to hone and use in protection of my home, family and community in this land, in my own way.

This particular military round is over, done and dusted, and I can finally open the iron sleeve on the window of my saferoom.

I was impressed with the way my government and the IDF handled this operation: in planning, executing and completing it as soon as possible after achieving their set targets. I was moved and proud, listening to Prime Minister Lapid’s speech on national television, Monday night, less than 24 hours after the ceasefire came into effect, when he reached out to the Gazans, offering “work, livelihood and a life of dignity to anyone who wants to live in peace by our side.”

I was happy to hear these words, which reflect the sentiments of those of us who live here and have voiced them ourselves so many times before. Maybe, just maybe, we will be able to change the trajectory of these conflicts. As I have told journalists, as well as the groups who have come on tour to Nirim: we want our neighbors to thrive.

It is in our best interest that our neighbors have good lives, because a hungry, desperate neighbor is a dangerous neighbor. And we’ve proven many times over that we are able to be really good neighbors. We have to be, because truly we are that close. Coldplay lead singer Chris Martin brought an Israeli teenage guitarist on stage to play a song with the British rock band at their concert in Brussels, Belgium, on Monday night.

Gili Torres played the guitar for Coldplay’s 2002 hit song “Green Eyes” while Martin sang the lyrics to the crowd who gathered at King Baudouin Stadium to hear the band as part of their “Music of the Spheres” world tour.

Torres was initially in the crowd holding a large sign that asked if she could join the band on stage for a performance of “Green Eyes,” according to The Times of Israel. Martin saw her sign and invited her on stage to perform with the band before asking the crowd to “please welcome Gili, like a rockstar.” Torres then performed the track with headphones on and a guitar in hand, after which Martin told her “that was f**king awesome, Gili.”

.
Torres later posted a short video of the performance on her Instagram Stories with the caption “my wish came true.”