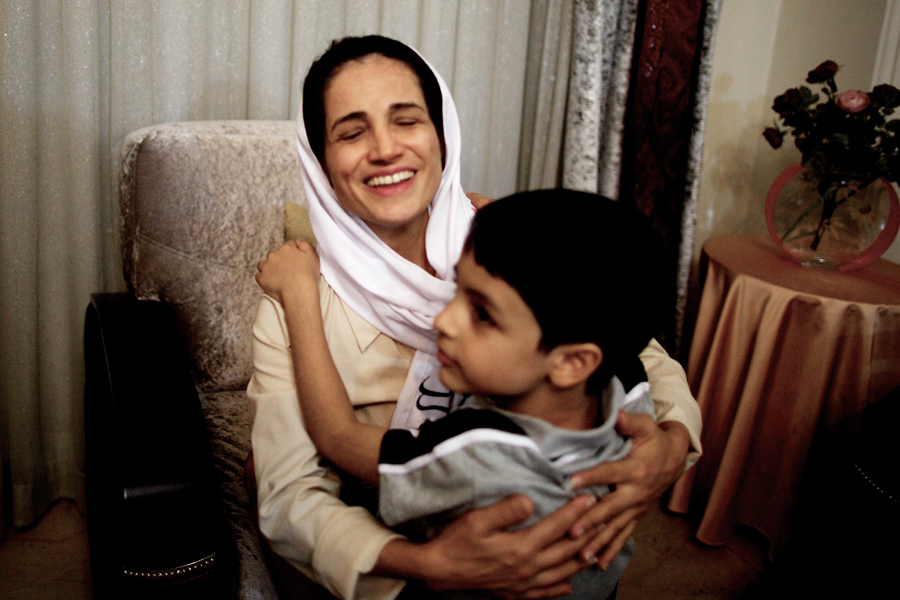 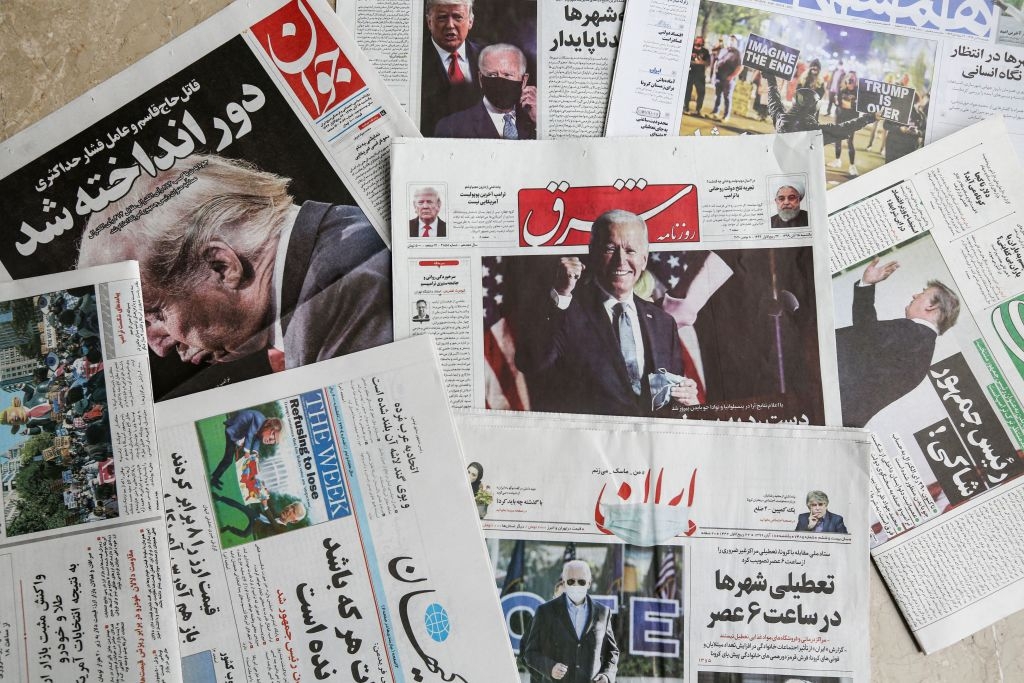 Lee later deleted the tweet, due to backlash, but then defended her comparison.

A Yale University professor and psychiatrist compared President Donald Trump to Adolf Hitler in a series of tweets and said Hitler, unlike Trump, improved the lives of his followers.

“Donald Trump is not an Adolf Hitler,” Bandy X. Lee tweeted Monday. “At least Hitler improved the daily life of his followers, had discipline, and required more of himself to gain the respect of his followers. Even with the same pathology, there are varying degrees of competence.”

She continued: “A refusal to make comparisons has been a problem, when they have such similarities. Donald Trump’s death count is higher than Hitler’s at the same period.”

Lee later deleted the tweet but defended her comparison. “My statement was about how little Donald Trump believes he needs to do to retain his followership, NOT to minimize Adolf Hitler’s atrocities,” she said.

A forensic psychiatrist and assistant clinical psychiatry professor at Yale, Lee is a longtime Trump critic. In 2017, she edited a book of essays from other psychiatrists analyzing the president’s mental state. In another tweet in January, the professor diagnosed Trump supporters with a “shared psychosis.”

In March, Lee tweeted that Nazi Germany was a “more rational society” than America under the Trump administration. She’s compared Trump and his supporters to Nazis on Twitter before.

Lee has been a member of the Yale University faculty for nearly two decades and is president of the World Mental Health Coalition. 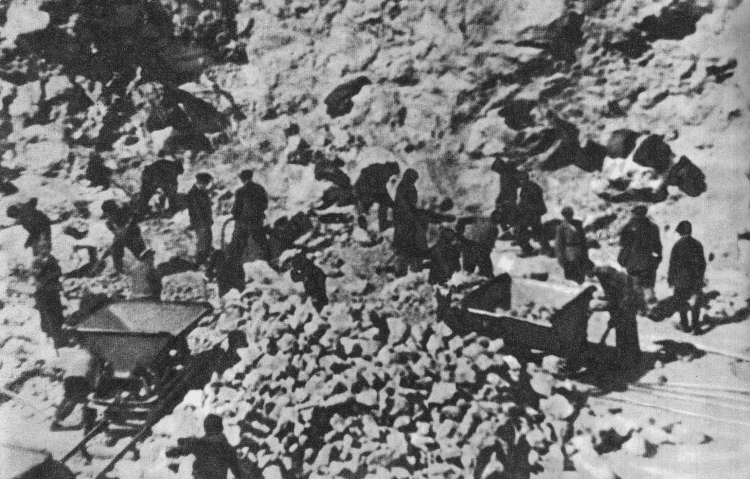 Why does a ‘dismantling antisemitism’ panel have anti-Israel commentators?

“We will explore how to fight back against antisemitism and against those that seek to wield charges of antisemitism to undermine progressive movements for justice.”

It must be a story from the Onion, the satirical newspaper, people thought as they reacted to news that a new panel on “dismantling antisemitism” would include leading anti-Israel commentators, some of whom had been slammed in the past for extreme anti-Israel views or even accused of making antisemitic comments. Others thought it was “gaslighting,” an attempt to explain to Jews who suffer antisemitism, that they actually don’t understand their own experience.

A photo of the panel distributed widely on social media shows images of US Congress member Rashida Tlaib, writer Peter Beinart, Barbara Ransby and Marc Lamon Hill, an activist and academic. The “panel discussion” is titled “dismantling antisemitism, winning justice.” According to the flier it is co-sponsored by a variety of far-left groups, including Jewish Voice for Peace Action, If Not New, United Against Hate, Jewish Currents, Foundation for Middle East Peace, Arab American Institute, Jews for Racial and Economic Justice, the Jewish Voice, The People’s Collection for Justice and Liberation.

A post by Jewish Voice for Peace on their website claims that “antisemitism is used to manufacture division and fear.” It asserts that antisemitism benefits politicians who rely on division and fear. “We will explore how to fight back against antisemitism and against those that seek to wield charges of antisemitism to undermine progressive movements for justice.”
The current panel has been slammed as making a mockery of a discussion on antisemitism for not including a variety of Jewish voices. “This panel is a farce,” one social media commentator noted. Writer and activist Hen Mazzig criticized the panel for itself being “racist.” He noted that if you’re not Jewish and want to fight antisemitism, “but the way you do it causes major distress to hundreds of Jews, how can you still think it’s allyship.” Ashager Araro, an Israeli of Ethiopian background was also astounded.

“sincerely asking, how would you react to a panel with the headline ‘dismantling racism,’ when the majority of the panelists are not people of color, are not scholars in the subject, and publicly displayed different levels of dog whistling/antisemitism.” Online some people changed the flier to mock it, suggesting what it would be like to have far-right white men discussing anti-black racism, or suggesting the panel enables antisemitism. The Federalist claimed the panel includes “noted antisemites.”

The panelists all raise eyebrows for their previous statements on Israel and Jews. Tlaib has been accused of holding extremely hostile views toward Israel and criticized earlier this year for a tweet on the Holocaust in which she didn’t mention Jews, the primary victims. Six million Jews were murdered by the Nazis and collaborators during the Holocaust. When she tweets about other types of racism and genocide she appears to mention the victims. Tlaib is of Palestinian background and has made much of her heritage since her election to Congress. She is not an expert on antisemitism.

CNN parted ways with Hill after a 2018 speech he gave in which he suggested that it was time to offer solidarity with Palestinians beyond words, but through political action. He said that this justice requires a “free Palestine from the river to the sea.” The Anti-Defamation League and others slammed the phrasing. In 2019 Hill was again criticized for a Facebook post where he called Mizrahi Jews an “identity category” of “Palestinian Jews” identity. Mizrahi Jews are actually Jews from numerous countries in the Middle East whose existence predates most of these countries and who are not Palestinian, nor do they define as Palestinian, but are descendants of Jews. It was not clear what expertise or research Hill had done to conclude that Jews from Kurdistan, from Iran, Yemen and all over the region are connected to Palestinians, when they themselves do not define themselves as historically linked to a Palestinian identity or a “Palestinian Jewish” identity.

Ransby is an academic at the University of Illinois at Chicago where she is an expert on African-American and gender and women’s studies. A search of her Twitter account shows she has rarely tweeted about antisemitism, but mentioned it several times in reference to arguing that it should not be “conflated” with political critique of Israel. It’s not clear what expertise she has on antisemitism.

Beinart, apparently the only Jew on the panel which is about anti-Jewish hatred, is known for his recent embrace of a “one state” solution. Like Hill’s argument that Palestine should be from the river to the sea, this appears to assert that Israel shouldn’t exist. After critique in 2018, Hill has claimed that he only means radical change within Israel. None of the panelists have argued that other states in the world shouldn’t exist, only Israel, alone among the world’s countries, is a country whose existence as a state is debated regularly in some circles in the US.

This isn’t the first time a panel on antisemitism has been accused of having extreme anti-Israel voices dominate, some of whom have been slammed for alleged antisemitism. For instance in 2017 Linda Sarsour spoke on a panel and said antisemitism must be “dismantled.” The 2017 event at the New School included Democracy Now’s Amy Goodman, Sarsour, Jewish Voice for Peace leader Rebecca Vilkomerson, Leo Ferguson and Lina Morales, according to an article at +972. The message at this previous panel, that appears similar to the current one, is that allegations of antisemitism are used for political gain and that antisemitism is different then other forms of racism. Arguments include theories that posit that antisemitism isn’t “systemic” while islamophobia and racism are systemic.

The 2020 panel of three non-Jews telling Jews what is antisemitism, has received an avalanche of attention from people across the political spectrum. Bari Weiss critiqued how it portrayed antisemitism, Natan Slifkin called it “outrageous and satirical.”

It appears that Jews are the only minority group in the US who are frequently the subject of panels by non-Jews explaining to Jews what they suffer in terms of antisemitism. No other minority group is so often subjected to panels where they aren’t allowed to participate in defining their own suffering. This comes amid attacks on Jews in the US in which Jews have been called “white Jews” and an increasingly toxic debate trying to make Jews feel uncomfortable in progressive spaces, arguing that their suffering, such as swastikas spray-painted on synagogues, is not part of the wider intersectional struggle against racism.

The targeting of Jews includes arguments that Jews of color are not actually Jewish but “Palestinian,” and assertions that Jews from Europe are “white” and that Jews don’t suffer systemic racism the way Muslims do. Groups devoted to some left leaning causes have been accused of being infiltrated by leaders who accuse Jews of being responsible for the “slave trade.” The same voices that tell Jews they are not welcome then turn around and claim that Jews are not permitted to define their own antisemitism and that accusations of antisemitism are used “against” progressive groups. This dovetails with a similar controversy in the United Kingdom where numerous far-left voices were accused of vile antisemitism, including a popular Facebook group where Holocaust denial was documented.

The group included members from the Labour Party who were then suspended from the party. Overall the existence of these kinds of panels don’t exist for other minority groups, dismissing anti-black racism, for instance, as merely a political tool. For instance discussions about how anti-black racism continues to exist within progressive circles is not dismissed, but rather these concerns are listened to and addressed. When it comes to antisemitism, panels are created with non-Jews to tell Jews what antisemitism is. In a world in the US where people have become used to critiquing all-male panels for not including women, it is interesting that the same progressives created a panel of non-Jews to tell Jews what they suffer and not include a spectrum of Jewish voices.

It appears that when it comes to Israel this is the only example of a country of a people where hatred of the country is excused as not being linked to hatred of the people in it. For instance there are no panels composed of activists who say that China shouldn’t exist but then claiming not to be anti-Chinese, or panels claiming that Turkey shouldn’t exist as a country, but claiming to not be anti-Turkish. Only in the case of Israel is the theory put forward that objection to Israel’s existence is not linked to anti-Jewish views.

It was unclear if any of the panelists had reconsidered their decision to participate. Hill, approached on social media by critics on November 21, said he was open speaking with the critics, saying “we can talk today.” In July, Beinart noted that Palestinians are often not included on panels discussing Palestinians and bi-nationalism. He wrote he would try not to do panels of “three or more” without a Palestinian. It was not clear if this pertains to Jews, such as included more Jews on panels about antisemitism.