By creating a mechanism to fund anti-Zionist groups, it is attacking not just Israel, but also a federation system vital to maintaining Jewish institutions in America. 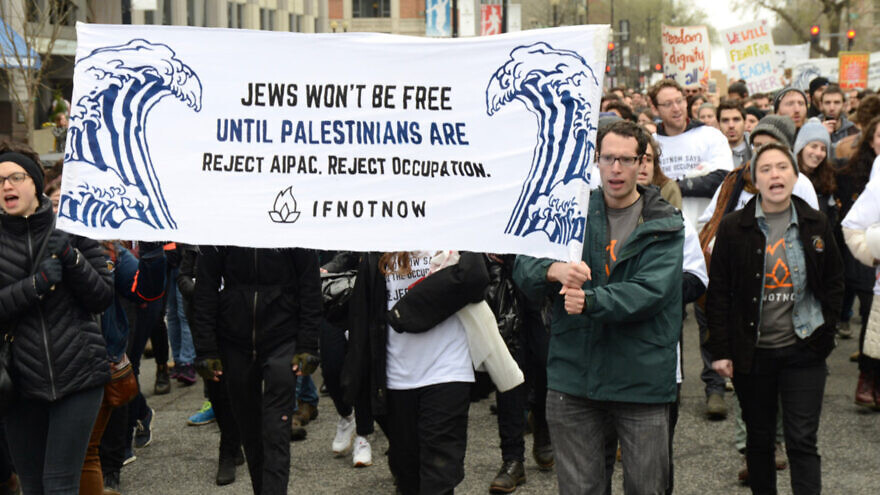 (November 4, 2019 / JNS) According to the Forward, the rationale for the New Israel Fund’s push to create an alternative philanthropic system can be explained by what a Philadelphia psychologist named Roy Idelson considered to be a reasonable request. He wanted his local umbrella Jewish philanthropy—the Jewish Federation of Greater Philadelphia—to allow him to use its foundation to donate money to an entity of his choice, IfNotNow.

A number of federations and many others operate foundations that allow their supporters to create so-called “donor-advised” philanthropic funds to funnel money to nonprofit groups of the individual’s choice. The arrangement is profitable for federations since they make money by fees earned by managing the donor’s money and hopefully increasing it by wise investment decisions.

But, to its credit, the Philadelphia federation refused Idelson’s request.

The reason was that giving money to IfNotNow was contrary to the interests of the community. IfNotNow is, contrary to the Forward’s description of its activities, not just critical of Israeli policies but avowedly neutral about Zionism. In practice, its efforts are indistinguishable from overtly anti-Zionist and often anti-Semitic groups. It also seeks to sabotage the work of organizations such as Birthright Israel that provides free trips to the Jewish state for young people.

Idelson was outraged and now thinks that Philadelphia’s federation—and others that share its policies—aren’t operating a big enough tent. That’s why he’s supporting the New Israel Fund’s new project. The NIF is seeking to create an alternative to Federations by allowing donors to give money to exactly the kind of groups that mainstream philanthropies want no part of.

The NIF’s Progressive Jewish Fund, which was launched late last month, will do just that. That’s good news for groups like IfNotNow, which hope to reap more donations, in addition to the New Israel Fund, which will profit from such gifts.

While Idelson is free to give money to anyone, this is more than a spat within the alphabet that most of us don’t know and couldn’t care less about. It is nothing less than an attempt by the Jewish left to topple the basis on which Jewish philanthropy in this country exists. By taking money away from the federation’s charitable funds in this manner, it will drastically reduce already diminishing resources in an era of shrinking Jewish demographics and donations. What’s worse, its purpose is to better direct Jewish money to priorities that are currently being neglected, as it’s an effort to destroy the links between American Jews and Israel.

The New Israel Fund has always been controversial. Founded in 1979, its purpose was to provide a vehicle for donating to nonprofits that advanced a liberal agenda inside Israel. Many of its recipients were connected to causes that promote the rights of women or civil liberties. But others of their beneficiaries were inherently political, such as B’Tselem and Breaking the Silence—both groups that seek not merely to criticize, but to impede the efforts of Israeli security services to defend the nation against terrorism. Still other recipients in the Arab sector, like Adalah, falsely smeared Israel as an “apartheid state” that committed war crimes or supported the BDS movement.

While the NIF can be criticized for its choices, up until now it didn’t necessarily seek to punish federations whose agendas were both Zionist and aimed at building the Jewish community.

With its decision to create an alternative, it’s clear that their goal is far more ambitious than it has been in the past. The Progressive Jewish Fund could be the domino that sets off a chain reaction that will do even more damage to the Jewish world than IfNotNow’s antics.

The worst thing federations could do in response to the NIF’s efforts would be to seek to compete with them by opening themselves up to donors who want to direct money to anti-Israel groups.

The notion of a big Jewish tent is a noble one. Inclusion of as many sectors of Jewish life, such as all the religious denominations and political groups from left to right, is certainly desirable. However, it has also led federations to adopt a consensus model of decision-making that can often make it hard to make difficult choices about priorities. For all of its myriad faults, that model is an effort to create a broad platform on which most Jews can stand. But it fails when it is asked to accommodate those who are seeking to attack the foundation of Jewish life itself.

That’s what groups like IfNotNow do. Their anti-Zionist campaigns are framed in the high-sounding rhetoric of human rights, though they seek to undermine and disarm Israel while strengthening those who are not shy about proclaiming their goal of destroying the one Jewish state on the planet. They are also supporters of the BDS movement, and its anti-Semitic allies and goals. Their efforts to intimidate and shame Jewish kids on Birthright trips remove any doubt as to the despicable nature of their activities.

And so, inclusion cannot be the primary goal of any Jewish community. A community that funds Jewish and Zionist philanthropies while also giving donors an option to back anti-Zionist and pro-BDS efforts that seek to hurt Israel is one that isn’t so much inclusive as one that stands for nothing. And communities that stand for nothing have no purpose or chance of survival.

The best response to this challenge is for federations to stand firm against this disreputable effort not only to damage Israel, but to impact the ability of these philanthropies to fund the infrastructure of Jewish life—namely, schools, camps, adult-education and vocational assistants, services to the elderly and poor, as well as aid to overseas Jewish causes.

Rather than helping the NIF, this ought to convince well-meaning liberal donors to think twice about giving to them. Their campaigns aimed at making Israeli society more fair for all people are one thing; their backing for the likes of IfNotNow is quite another. This is a moment when those who care about Israel—no matter where you stand on the ideological spectrum—must draw a line and demand that Jewish philanthropies continue to say “no” to anti-Zionist groups.