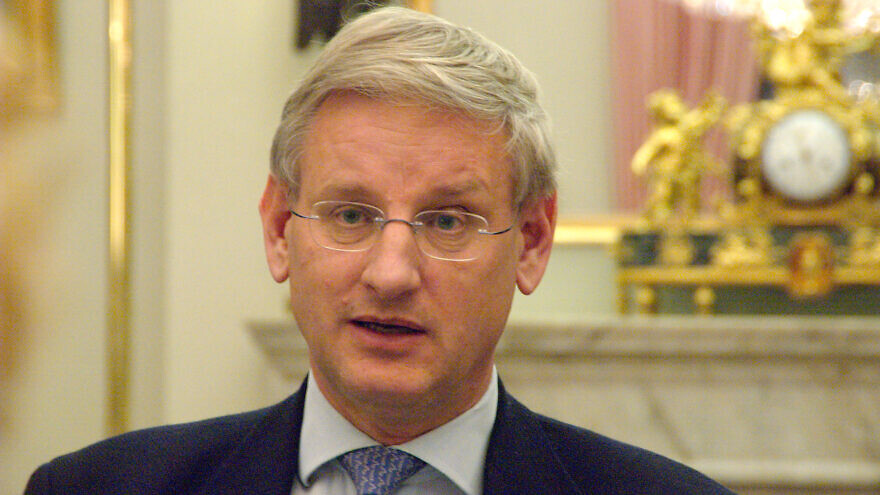 In addition to immediately sending humanitarian and medical aid to its northern neighbor, Israel has expressed solidarity with residents of Beirut, expressing such words on a municipal building in Tel Aviv.

“The only encouraging thing in this catastrophe in Lebanon is that even Israel has been quick in offering humanitarian aid,” tweeted Bildt, who currently serves as the co-chair of the European Council on Foreign Relations, on Tuesday.

The American Jewish Committee called on Bildt to apologize.

“’Even’ Israel, @CarlBildt? Need we remind you that it is Lebanon that rejects Israel’s very existence, not the other way around? An apology is in order,” tweeted AJC.

“Shame on you @carlbildt. Even Israel?” tweeted former Knesset member Dov Lipman in a post with a link to an article titled “How Israeli Innovation Contributes to the World.”

“Hi Carl, this might seem like a shock to you, but Israel has a long history of offering humanitarian aid to countries hostile to us, incl. Iran, Syria, Turkey. So, Lebanon is not a surprise. We do it simply because it’s just the right thing to do,” tweeted international human-rights lawyer Arsen Ostrovsky.