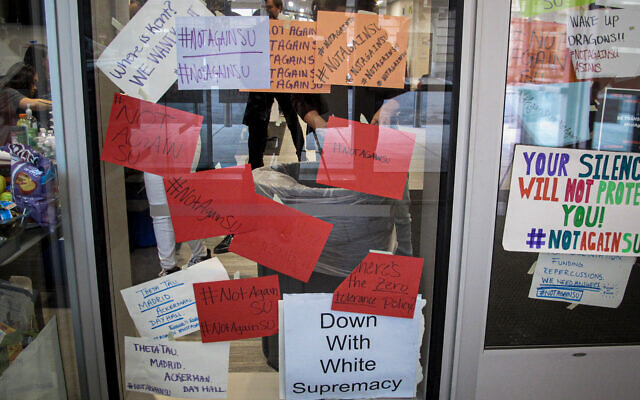 The Syracuse University freshman didn’t feel safe, she said, away from home and under siege, it seemed, by day-after-day reports of racism in campus residence and academic halls.

“My parents are freaking out,” Callahan, who is black, said as she prepared to head home to Jersey City, New Jersey, for a Thanksgiving break that, for many, couldn’t come soon enough.

Campus and city police, along with New York State Police and the FBI, are trying to solve more than a dozen reports of racist graffiti and vandalism targeting black and Jewish people, Asians and Native Americans at the private university in upstate New York since November 7.

A professor who is Jewish also this week reported receiving an anonymous email containing anti-Semitic language that included a threat to “get in the oven where you belong.”

As of Friday, none of the cases had been solved.

An investigation into reports that a white supremacist manifesto copied from the New Zealand mosque shooter was sent to the cellphones of students in Bird Library on Monday night have not turned up any devices that received the document.

But the reports raised fears about a mass shooting and frightened many students off the campus in the following days, several students said.

The university also has suspended the social activities of all fraternities through the end of the semester. One was suspended entirely pending the investigation of a black student’s complaint last week that she was called by a racial slur by people identified by the university as fraternity members and their guests. 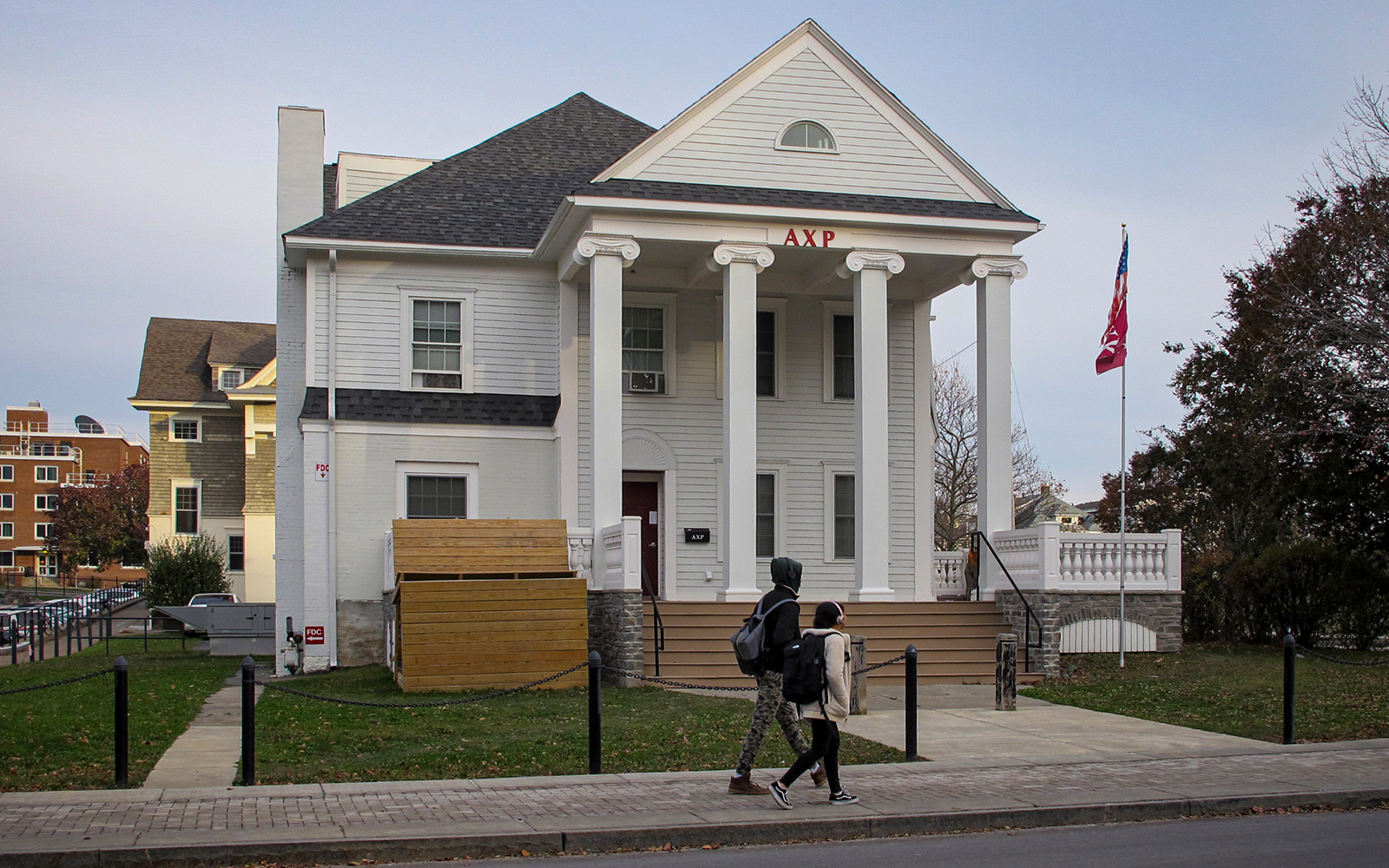 The national organization of Alpha Chi Rho denied its members were involved.

Taken together, the recent events have shaken a school more accustomed to making headlines for playing good basketball.

“You definitely feel insecure if you are a person of color, or if you are someone who has been attacked by these,” said Shiv Das, a graduate student from India as he walked on an increasingly empty campus this week.

“This is something we are affected by directly. It’s happening here, right now,” he said, “which is very different than something else that happens on a government level.”

And while it’s typical for the campus population to thin as a break approaches, Das and others said it’s hard to miss that many students left days earlier than usual.

Callahan estimated less than half of the 50 or so students normally in her fashion design class showed up Thursday, unconvinced by increased patrols and assurances.

“‘You‘re safe,’ but you still have people doing these things,” she said.

A peaceful student protest, seeded in anger that the university hadn’t acted quickly and aggressively enough early on, wound down Thursday with protesters seeking the resignation of Chancellor Kenton Syverud, along with Department of Public Safety Chief Bobby Maldonado and two other officials.

“These individuals have exacerbated a hostile campus environment and have actively allowed hate speech to prevail at this university,” protest organizers, who labeled the movement #NotAgainSU, wrote in a statement. Organizers and participants declined to speak with reporters during their final day inside the wellness center where they had camped since November 13.

The hashtag, some students said, referred to videos that emerged last year showing members of a now-expelled fraternity laughing and taking part in skits using racist language against black, Jewish and Hispanic people and simulating the sexual assault of a disabled person.

Others described an underlying current of racism dating back several years.

“I think that Syracuse will get better because of this experience,” Syverud told the student newspaper and television station in a brief interview Thursday evening. “I think that it’s a place that we have a stake in making better.”

Syverud’s office has released summaries of meetings with protesters and groups of international and Jewish students in which he has agreed to meet demands that include monitored cameras in university-owned buildings, improved diversity training for students and staff, regular reports of bias-based incidents and the hiring of more counselors.

“I like to think of the community here as united, and I like to think the racism and discrimination is getting better,” said freshman Jade Hoff, of Baldwinsville. “But the feelings I’m getting from everything that’s going on is that it’s never going to go away.”