Accomplice yet to be sentenced for attack; pair also vandalized building adorned with two Stars of David, put stickers with logo of neo-Nazi group on rainbow-colored bench 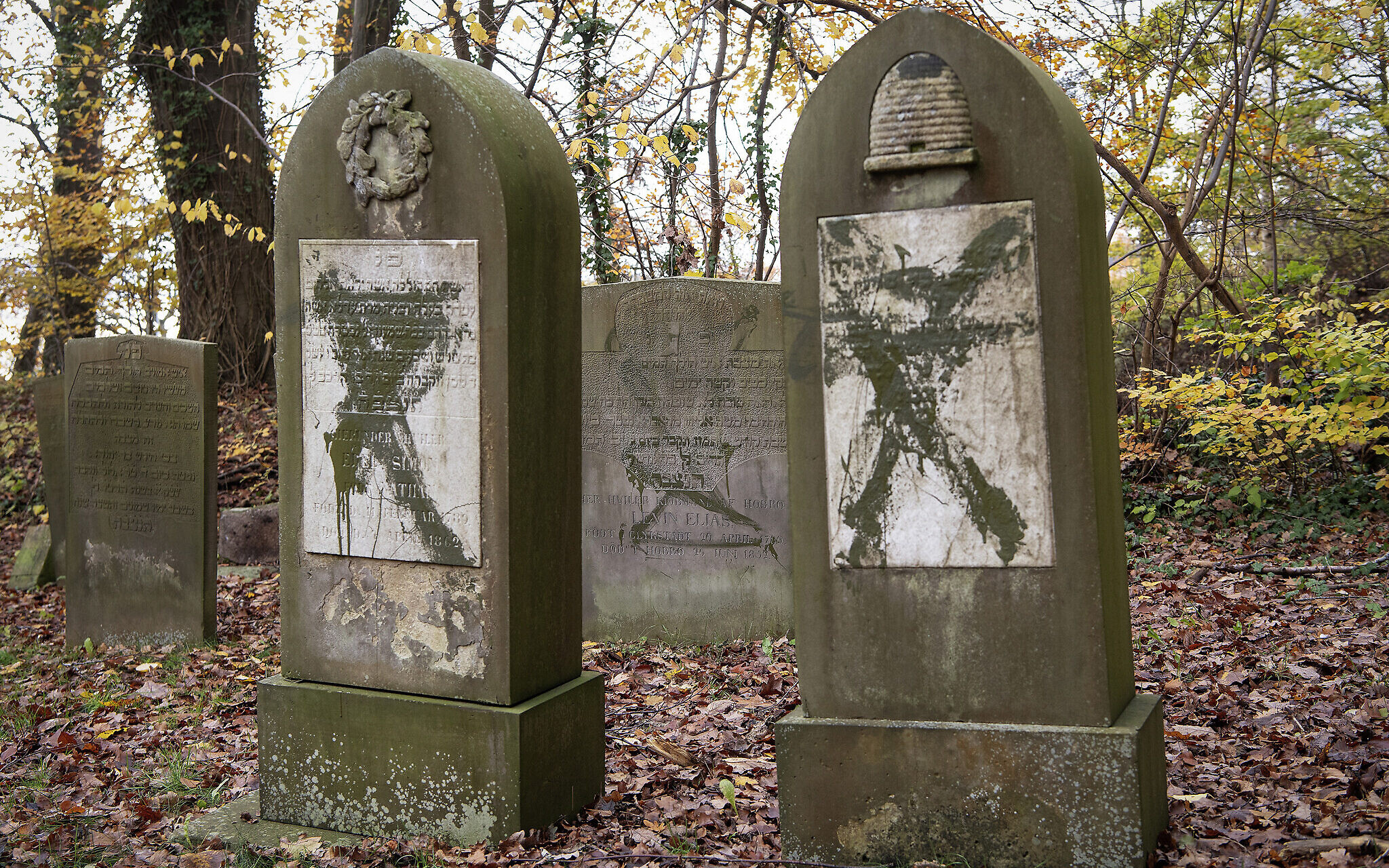 COPENHAGEN — A Danish court on Friday sentenced a 39-year-old man with neo-Nazi sympathies to a year in prison for desecrating a Jewish cemetery in the western town of Randers.

The man and his 28-year-old accomplice were both found guilty of desecrating a graveyard and aggravated vandalism, but the latter’s sentence has yet to be handed down.

In November 2019, 81 years after Kristallnacht when Nazis smashed Jewish-owned stores, buildings and synagogues in Germany, the pair desecrated more than 80 tombstones, overturning some and covering others with graffiti.

The two were also found guilty of vandalism on two other occasions, for covering a building adorned with two Stars of David with paint and putting stickers with the logo of the neo-Nazi Nordic Resistance Movement (NMR) group on a rainbow-colored park bench. 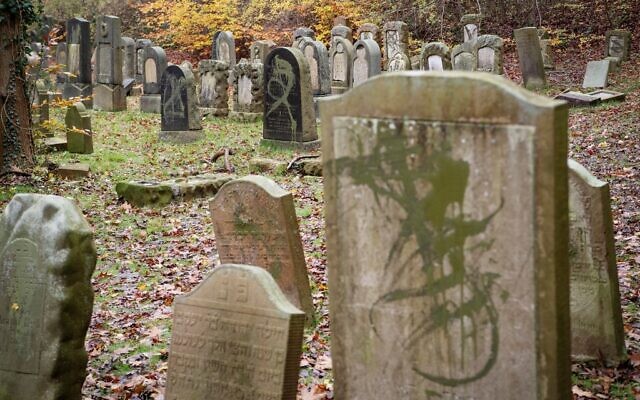 This photo taken on November 10, 2019 shows tombstones painted with green graffiti and some overturned at the Oestre Kirkegaard Jewish cemetery in Randers, Denmark (Bo Amstrup / Ritzau Scanpix / AFP) / Denmark OUT

These “actions were sending a message that was intended to threaten, insult or degrade certain groups because of their beliefs, ethnic origins or sexual orientation,” police prosecutor Cathrine Brunsgaard Jacobsen said in a statement after the sentencing.

The 39-year-old, whose name was not disclosed, is a leading member of the Danish branch of NMR, according to the prosecutor. 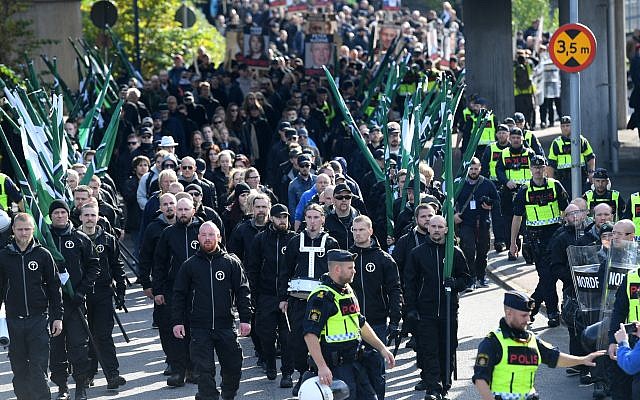 NMR, which designates itself as a “revolutionary national socialist” organization, was founded in Sweden in 1997 and is present in all of the Nordic countries.

Finland’s Supreme Court banned the organization in September, ruling that it violated freedom of speech laws by spreading “hateful rhetoric about immigrants, sexual minorities and Jews.”

In February 2015, Copenhagen’s synagogue was targeted in an attack that left one person dead.