Israeli security forces caught the two terrorists who carried out a deadly attack in Elad, four days after they went on a rampage in the city.

Police caught the two suspects, 19-year-old As’sad al-Rifai and 20-year-old Emad Subhi Abu Shqeir, both from Rumana in the Jenin area of the West Bank, alive in a forested area near Elad near Park Nahshonim.

Initial reports that Israeli security forces have caught the terrorists who killed 3 civilians in Elad last week. They were caught alive

IDF has confirmed that the two were caught and have been transferred to the Shin Bet for further investigation. They were caught not far from Elad where they carried out the attack 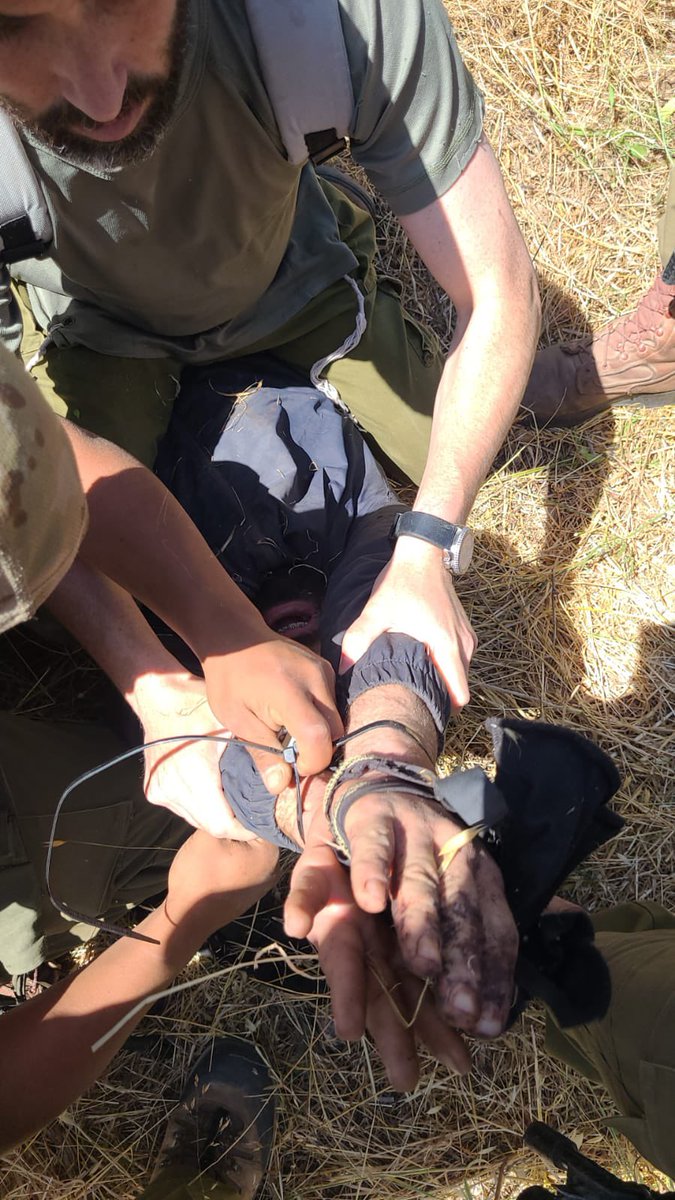 In a video from the scene, al-Rifai is heard identifying himself and his accomplice Subhi Sbaihat. When asked by an officer what he was doing in the area, he answered “an operation, the Elad operation.” The officer asked what happened in the operation to which he answered “I don’t know exactly, we hit people.”

Public Security Minister Omer Bar Lev commended the security forces on the arrests, saying that “we will continue to pursue with determination our enemies all the time, and everywhere, and we will reach them. “

“I congratulate the security forces on capturing the two terrorists who committed the murder in Elad. In the last two days, the best forces in the police, the Shin Bet and the IDF have worked together to get their hands on them, and so it has happened. With determination, we seek our evil all the time, and everywhere, and we will reach them. “

Earlier in the day Police Commissioner Kobi Shabtai was quoted by Ynet News as saying that “we’re in the right direction overall – we assume that the terrorists are still in the area, and activating all their resources and abilities.”

“We must be alert – its likely that they’ll do anything in their ability to carry out one last suicide attack. We’re talking about wounded beasts, going on with little food and water,” he continued, adding that “we will not rest until we get our hands on these terrorists.”

The defense establishment had been working on the assumption that the two terrorists were still in Israel. On Saturday security forces expanded the manhunt from the Elad area to Rosh Ha’ayin, as well as to Israeli Arab towns in the Wadi Ara area and in communities near the Seam Line.

Earlier on Sunday Bar-Lev held a situational assessment with Shabtai and other senior Israel Police officials including Central District Commander Police Superintendent Avi Bitton, the head of the Operations Division Superintendent Sigal Bar-Zvi as well as representatives from the IDF and Shin Bet.

“The police forces, the IDF and the Shin have been working since the murders, and even during now, to capture the terrorists who carried out the attack in Elad,” Bar-Lev said. “At the same time, we will intensify our response and enforcement against those who lodge, drive and employ illegal residents in Israel.”

There are some 150,000 Palestinians who enter Israel legally from the West Bank and according to some estimates, another 30,000 cross through holes in the West Bank fence each day to work.