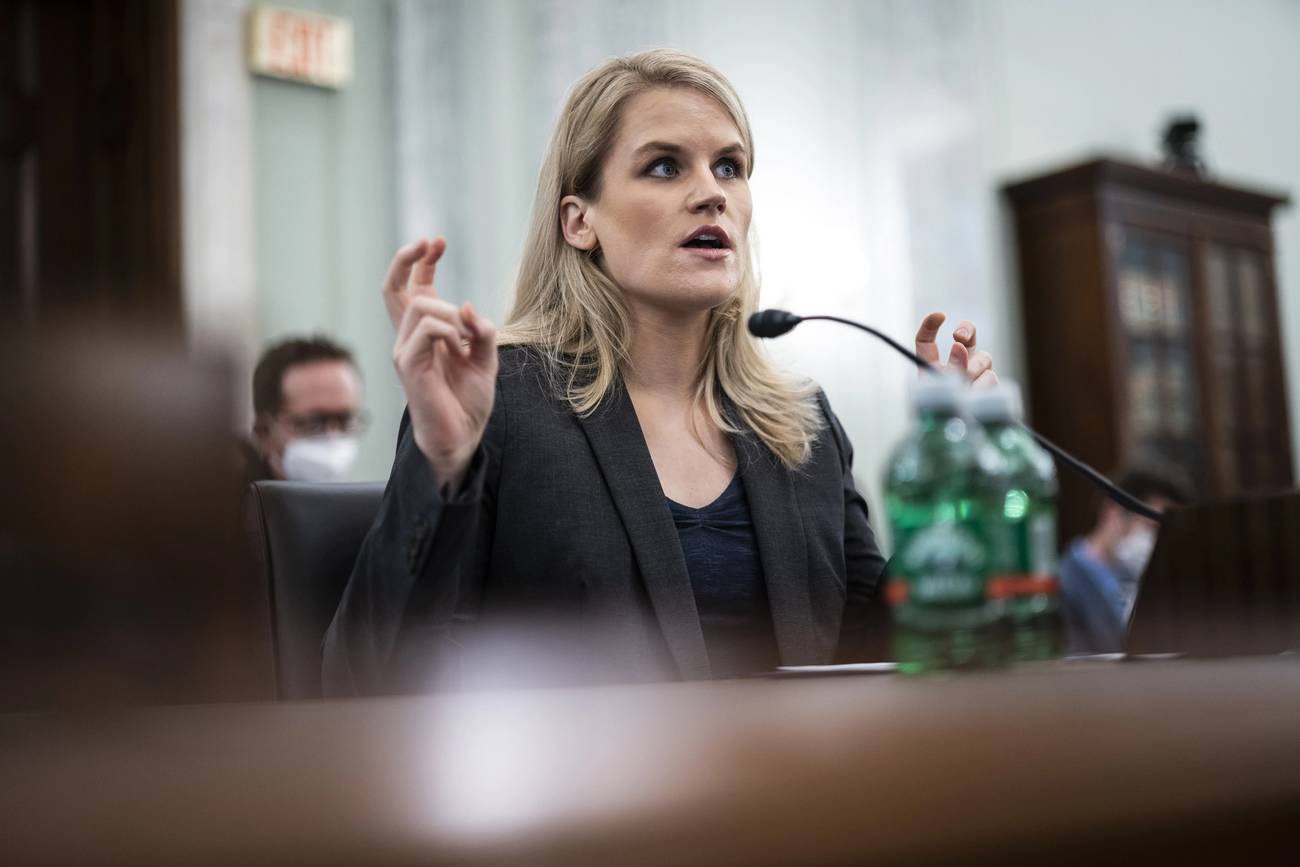 The latest effort to censor information damaging to Democrats and the oligarchs they serve masquerades as concern for teenage girls.

Why is everyone waging war on Facebook? If you read the major papers or watch network news, you know that the story began with the emergence of a high-level whistleblower, whose widely publicized revelations shook the tech company—and the concerned membership of the U.S. Senate—to its core. The narrative unfolded like a Hollywood drama, its lead a courageous young woman trying to make the world a better place, only to get caught up in the machinations of a large corporation that threatened not only the health of all young women but also American democracy itself.

The star is Frances Haugen, a 37-year-old former employee of the social media company who passed thousands of pages of internal Facebook documents to the Securities Exchange Commission and the press. The previously unknown data engineer testified last month in a Senate hearing (titled “Protecting Kids Online: Testimony from a Facebook Whistleblower”) two days after her public debut on 60 Minutes. She says she doesn’t hate her former employer but just wants it to be better—to stop using algorithms that make teenage girls feel bad about their bodies, for example.

Haugen’s concern for Facebook’s effect on children tugged at heartstrings on both sides of the Senate aisle. “We can have social media that brings out the best in humanity,” she posted on her personal website.

That would be nice. But Haugen’s work at Facebook had nothing to do with improving the human condition or helping teenage girls through the difficulties of adolescence. She joined the company in 2019 reportedly on the condition that she be assigned to its civic integrity unit, responsible for tracking “misinformation” concerning the 2020 election. Most famously, the unit censored preelection reports of a laptop belonging to Hunter Biden that gave evidence of his financial arrangements with corrupt foreign officials and businesses. Labeled “misinformation” and banned from Facebook and other social media sites a month before the election, the information turned out to be entirely real.

Haugen is not an independent whistleblower fighting to rein in the excesses of big tech. Her job was to censor information damaging to the American oligarchy’s political instrument, the Democratic Party. She is a political operative engaged in a campaign of corporate espionage and information warfare, in which she has exchanged the role of line producer for a turn in front of the cameras. The purpose of the operation is to weaken or destroy the social network that progressive elites—the peers of Facebook CEO Mark Zuckerberg’s —see as the central node for conservative communications.

Who is running the Haugen show? The stage manager is Bill Burton, founder of Bryson Gillette, a Democrat-linked consultancy, and former deputy press secretary in the Obama White House. Burton’s wife, Kelly Ward Burton, is president of the National Democratic Redistricting Committee, a key piece of party machinery chaired by Obama administration shield-bearer and former Attorney General Eric Holder, and whose activities provide former President Barack Obama with an interparty platform and connection to the grassroots (and which maintains an active Facebook page, of course). What could be more democratic than banning the opposing party from America’s favorite monopoly speech platform? 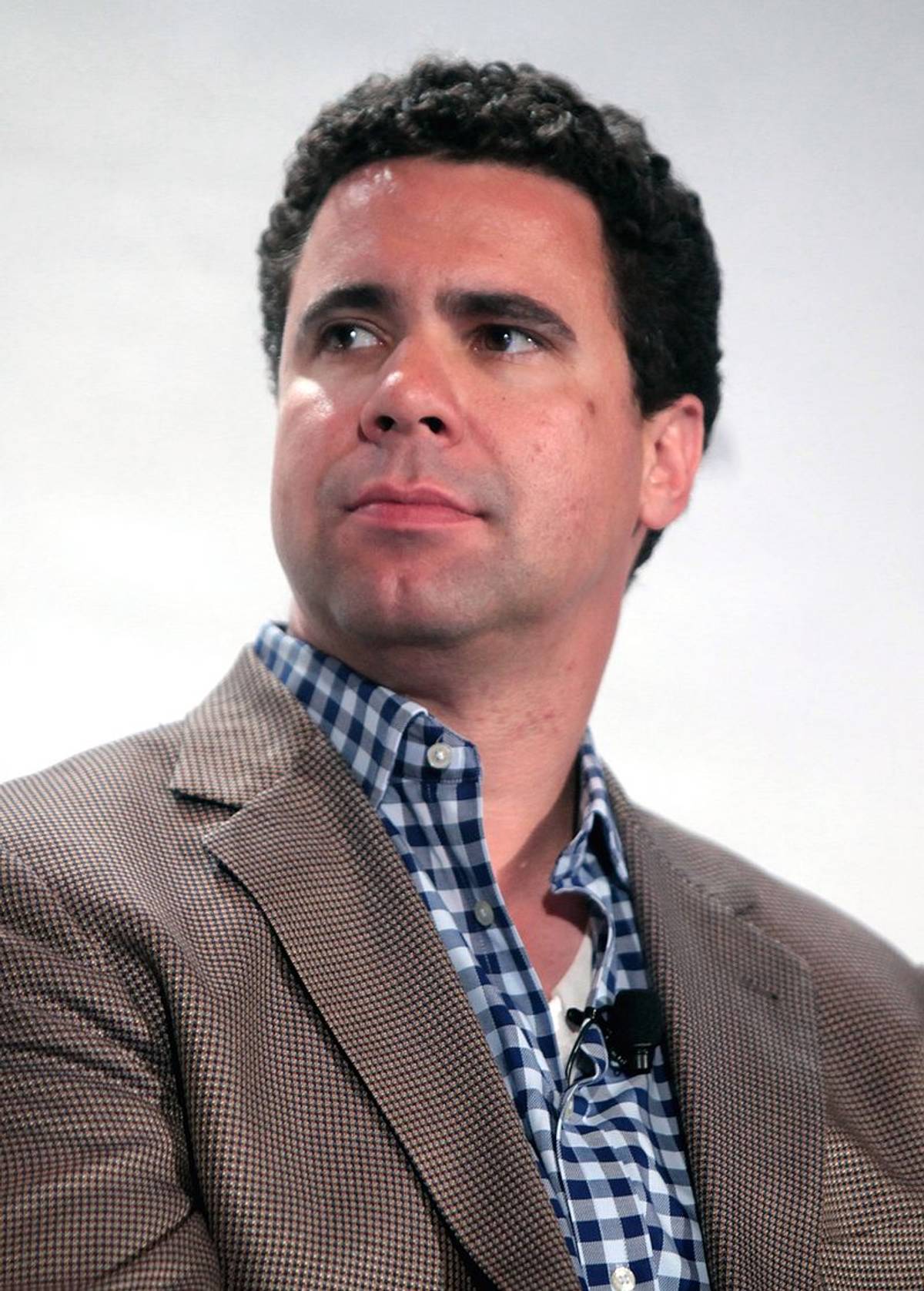 The money behind the anti-democratic op comes from eBay founder Pierre Omidyar, a French American billionaire of Iranian extraction who attended the same prep school in Hawaii from which Obama graduated. Omidyar also funds The Intercept, a left-wing publication founded in 2014 by Glenn Greenwald. In October 2020, Greenwald resigned after the publication’s editors censored his own article criticizing the news blackout that hid reports of Hunter Biden’s laptop.

When it comes to censorship, it appears the Obama faction knows its base. According to an August Pew Research poll, 65% of Democrats believe the government should take steps to restrict “false information,” even if it means limiting freedom of information, and 76% believe that tech companies should do it. The latter is up 16 points from 2018, two years after the oligarchy turned its media courtiers loose on Zuckerberg, whom they blamed for Hillary Clinton’s defeat (on account of $100,000 worth of ads Facebook sold to Russian troll farms in 2016). U.S. spy services institutionalized their faithfulness to this ludicrous claim when special counsel Robert Mueller published his final Russia report in 2019.

But what really angered prestige media organizations was that at the same time Facebook had destroyed their business models and made their products nearly superfluous, it helped boost the popularity of right-wing sites, like Breitbart. A 2017 story from The Atlantic, “What Facebook Did to American Democracy,” best expressed the left-wing media’s grief and resentment:

Through 2015, Breitbart went from a medium-sized site with a small Facebook page of 100,000 likes into a powerful force shaping the election with almost 1.5 million likes. In the key metric for Facebook’s News Feed, its posts got 886,000 interactions from Facebook users in January. By July, Breitbart had surpassed The New York Times’ main account in interactions. By December, it was doing 10 million interactions per month, about 50 percent of Fox News, which had 11.5 million likes on its main page. Breitbart’s audience was hyper-engaged.

Thus the real problem wasn’t Facebook, nor indeed was it even Donald Trump, who served as a catalyst for the dangerous phenomenon of right-wing “hyper-engagement.” No, the problem was the users themselves, ordinary Americans worried about the direction they felt the country was headed. And so the only logical answer was to shut them up by banning the speech of half the country, which, it was agreed, should properly be labeled misinformation designed to promote radicalization that might well lead to domestic terrorism.

Zuckerberg was caught in a dilemma—either blow up his financial model, which ostensibly welcomes conservative as well as progressive users, or be torn apart by Big Tech competitors who had the Democrats in their pockets. Perhaps he tried to explain this dilemma to Trump during their private meetings at the White House in 2019. The then-president might have been sympathetic, given that he was being hounded by the same people.

It’s hard to miss the similarities between the anti-Facebook operation and those that targeted Trump. The first impeachment also started with a “whistleblower,” CIA analyst Eric Ciaramella, who filed a whistleblower’s complaint concerning Trump’s phone call with the president of Ukraine. When the Justice Department ruled that there was no legal or procedural basis for the complaint, Democratic officials pushed it through the media anyway. And it was the media’s false Trump-Russia reports sourced to memos compiled by British ex-spy Christopher Steele that serves as the model for “The Facebook Papers,” a self-congratulatory exercise in propaganda masquerading as investigative reporting, sourced to the documents Haugen exfiltrated from her former employer.

“The Facebook Papers represents a unique collaboration between 17 American news organizations,” according to promotional copy. “Journalists from a variety of newsrooms, large and small, worked together to gain access to thousands of pages of internal company documents obtained by Frances Haugen, the former Facebook product manager-turned-whistleblower.”

Of course, no one had to gain access to anything to participate in a “media event” that amounts to ritual mass bootlicking—Burton’s team merely distributed prepackaged “reports” to content providers who understand that their job is to print progressive elite talking points as news.

For example, according to “The Facebook Papers,” the social media company knows, from its own internal research, that it has a negative effect on the self-image of teenage girls. Given that a major engine of post-WWII American prosperity is the comprehensive corporate effort to persuade females between the ages of 12 and 62 to buy things, it hardly comes as news that Facebook “knows” that it, too, profits from mass consumer culture. An even more absurd “revelation” to come out of Haugen’s “truth-telling” is that Facebook is worried the site is losing popularity with young people.

Of the nearly 3 billion active Facebook users around the world who could be expected to see through this nonsense, you’d imagine at least some of them would include the graying men and women on the Republican side of the Senate. Don’t any of them have grandchildren? How do they keep up with their grandkids’ birthday parties, music recitals, and Little League games? Right, through Facebook. Facebook is for old people, not for kids. Facebook executives have known this for years; it is the central fact of Facebook’s financial model.

And because older people tend to be more conservative, there is more engagement with conservative news on Facebook than on any other social media platform. And that’s why the oligarchy wants to destroy it, regardless of whether Trump runs for president again.

So why did Republican senators play along? Because their constituents are worried about Big Tech censorship, but lawmakers don’t actually know what to do about it. With Haugen, the Democrats teed up a photo op so Republicans could say they were actively combating Big Tech in a bipartisan effort to protect teenagers—by helping Democrats dismantle the communications network of the GOP voter base. In other words, Senate Republicans can’t even defend their own constituents, never mind Facebook.

Late last month, Trump announced a new media company, the Trump Media & Technology Group, which will include a platform to challenge Facebook. The former president let on that he felt betrayed when Zuckerberg spent $400 million on local 2020 elections that helped boost Democratic turnout in key districts. But it was the founder of Facebook who got suckered into paying extortion to oligarchs who invariably saw his willingness to pay as a sign of weakness. Now Zuckerberg is caught between tech on one side and Trump on the other.

Lee Smith is the author of the newly published book The Permanent Coup: How Enemies Foreign and Domestic Targeted the American President.

Palestinian groups in the west bank firing back in response to Israel’s declaring of six Palestinian NGO’s as proxies for terror.
–
Israel finally reopening its doors to the outside world. International tourists arriving in time for the winter holidays.
–
What does Judaism and magic have in common? Well – as it turns out – quite a bit. And the detailed connections now on display at a very special exhibition.