The Tragic Romance of the Nostalgic Western Liberal

Anne Applebaum wants to understand rising illiberalism but is clinging to a Cold War moral framework that no longer applies. 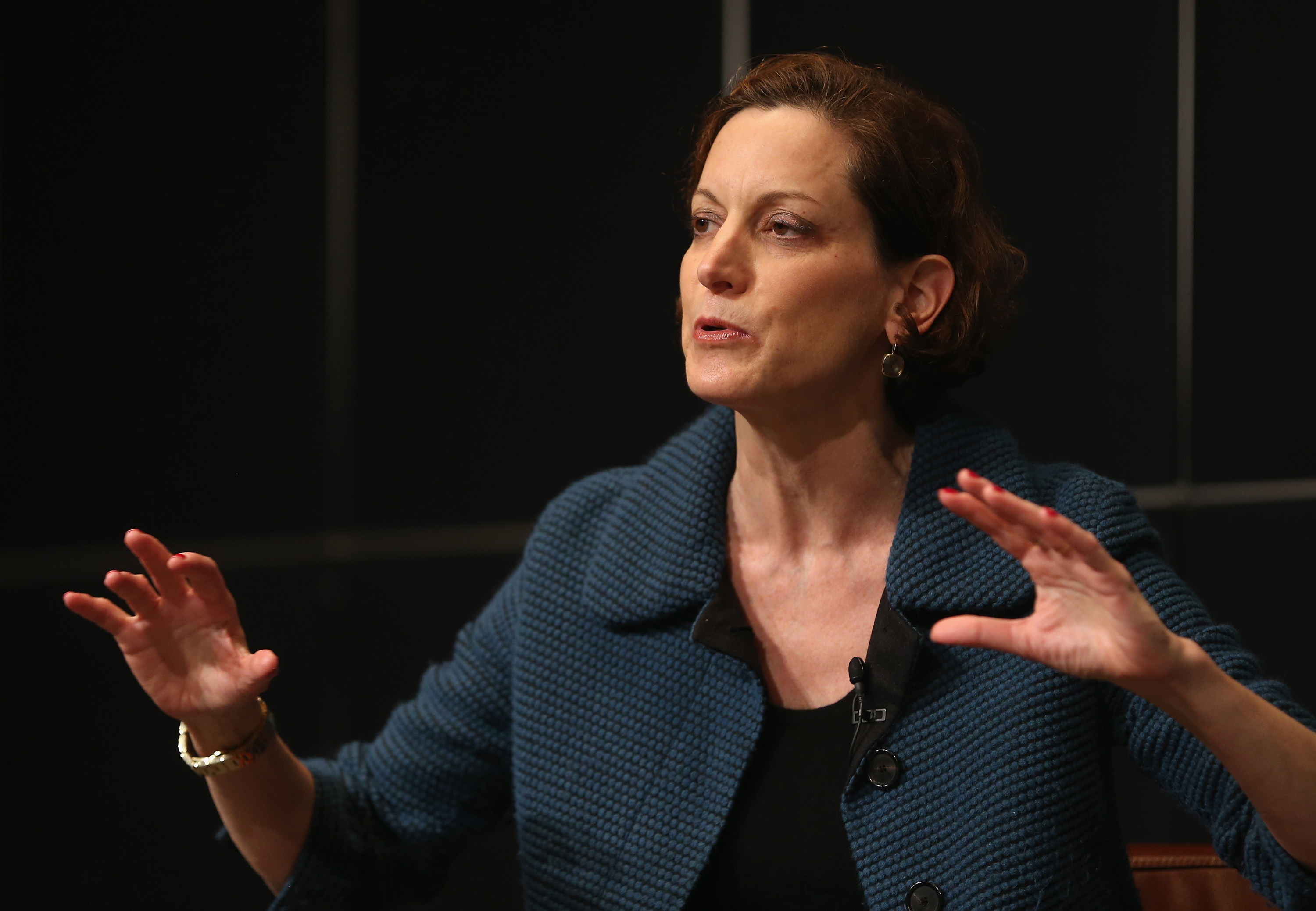 Anne Applebaum opens her new book, Twilight of Democracy: The Seductive Lure of Authoritarianism, with a scene on the long winter night of Dec. 31, 1999, in a newly restored family house somewhere in the deep Polish countryside, where a big party is set to celebrate the coming of the new millennium. The closing scene is in the same house 20 years later, where the author has been spending the coronavirus lockdown. In the two decades that stretch between, many of the guests of Applebaum’s new millennium party—a colorful mix of conservative intellectuals, diplomats, and politicians—have become her political enemies, passionate supporters of Donald Trump and Poland’s anti-liberal counterrevolution.

“Were some of our friends always closet authoritarians?” she wonders. “Or have the people with whom we clinked glasses in the first minutes of the new millennium somehow changed over the subsequent two decades?” The book is an admirable quest for answers and goes a long way toward providing them. But it would have benefited from considering whether the questions Applebaum has posed are the right ones to begin with. 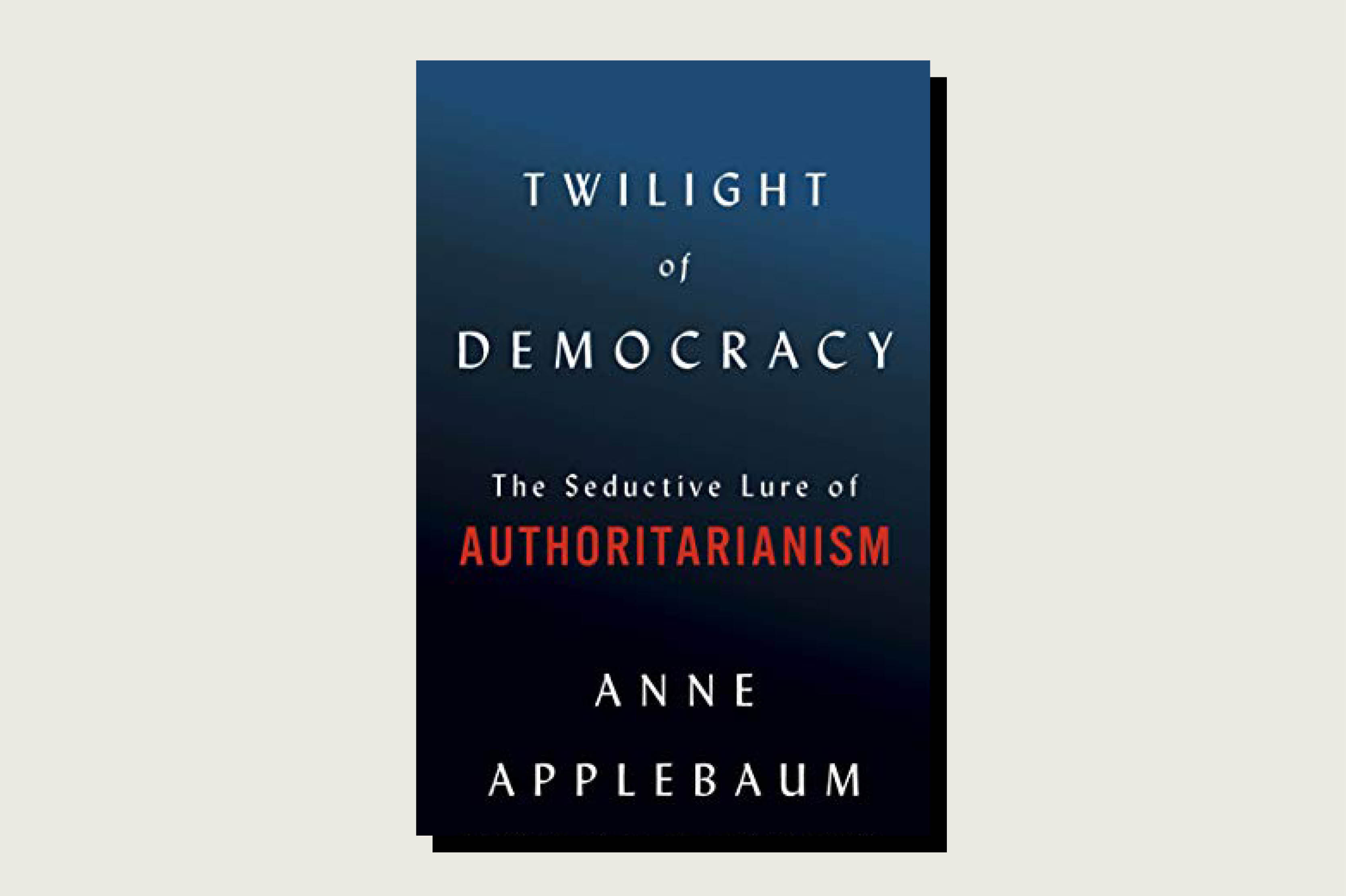 Applebaum’s new book is partly a brilliant political reportage, partly a Central European-style psychodrama, partly a political analysis, and partly a personal diary. It is also a postscript to a distinct epoch. The story Applebaum tells is that of the death of anti-communism as the public philosophy of the West. During the Cold War, the Soviet Union wasn’t only America’s principal military adversary but also its ideological and moral “other.” Both left and right in America and Western Europe defended their competing visions of a liberal society in reaction to the Stalinist nightmare.

This was especially pronounced in the United States. The contest with Soviet communism guided how Americans thought about the core principles underlying their basic institutions. For American liberalism was, or at least appeared to be, Soviet totalitarianism turned inside out. Freedoms of speech and the press, as well as freedom of conscience, were idealized precisely because they were cruelly repressed under Moscow’s sway. In the same spirit, Americans underscored the freedom of movement, the right to form private associations, the right to a fair trial, and the right to vote in competitive elections where incumbents might be toppled from power. Likewise emphasized was the latitude to accumulate private wealth, on the assumption that a decentralized and unplanned economy alone could provide the basis of both prosperity and political freedom.

What Applebaum’s book makes clear is that for people like the Hungarian historian Maria Schmidt or National Review editor-at-large John O’Sullivan or the vocal Trump supporter Laura Ingraham, liberal principles were valued only because they were an effective instrument for destroying communism. When this goal was achieved, values like free media and the division of powers started to be viewed as a threat to Western civilization and traditional Christian values. The new prophets of illiberalism used all their talent to persuade their societies that the rights of others were a threat to their own rights and that the liberal system of checks and balances was not a way to preserve individuals’ freedoms but an instrument for elites to abuse the will of the people.

Applebaum is a very good writer; her style is lucid, and her arguments are bracing. This has made her one of the most powerful voices of the anti-populist resistance. But the strength of her new book is not so much in exposing the authoritarian nature of populists in power but in revealing the intellectual hollowness of the anti-communist consensus.

On Nov. 10, 1989, Applebaum, then a young reporter, jumped in a car in the company of her soon-to-be husband—future Polish Foreign and Defense Minister Radek Sikorski—and drove from Warsaw to Berlin to see with her own eyes the collapse of the Berlin Wall. 1989 was the point of departure of everything that Applebaum did in the following three decades. Her much-praised history books about the Soviet Gulag and the establishment of the communist regimes in Central Europe were her historical introduction to the inevitability of 1989. For her, the end of the Cold War was not a geopolitical story; it was a moral story, a verdict pronounced by history itself. She tends to see the post-Cold War world as an epic struggle between democracy and authoritarianism, between freedom and oppression.

In this sense, Applebaum is a classic ’89er; like many of us, she was shaped by the Cold War without ever really experiencing it. For the ’89ers, the Cold War was what the anti-fascist resistance was for the West’s student revolutionaries of the 1960s, the ’68ers—a time of inspiring heroism and moral clarity. In her worldview, the marriage between democracy and capitalism was made in heaven, and most of the conflicts in the world were not about a clash of interests but about a clash of values. It was this mindset that made many ’89ers first to detect the danger coming from Vladimir Putin’s Russia but also the last to condemn George W. Bush’s ugly war in Iraq.

Applebaum’s book could be read in two different modes. It could be seen as a story of betrayals, a version of Norman Podhoretz’s score-settling and acidly written Ex-Friends, or rather as a 21st-century version of Czeslaw Milosz’s 1953 classic, The Captive Mind—an attempt to explain the seductive power of communism through the personal choices of fellow intellectuals made in the wake of World War II. But either way, it is the personal tone of the narrative that allows Applebaum to go beyond the usual liberal tirades against the new anti-liberals and to reveal some of the neglected sources of certain intellectuals’ illiberalism.

But the book’s subtitle “The Seductive Lure of Authoritarianism” is rather misleading. Unlike communism, authoritarianism is not an ideology. Populists, unlike communists or fascists, do not dream about a “new man” who will be born of their revolution. What drives intellectual supporters of Trump and Hungary’s Viktor Orban is not some new vision of society but a pathological hate toward liberalism. The central and most bitter insight of the book is that Applebaum’s ex-friends are not sorry for the breakup of their relationship with her

—in fact, they feel liberated from partying with people like her in the first place. For the nationalist populist, 1989 stands for a victory that was subsequently lost—and they blame people like Applebaum, and her liberal peers, for turning the victory into a defeat.

Populists’ rejection of the post-Cold War world has its distinctive Polish, British, and American versions, but what is common for the new anti-liberals is the idea of a stolen victory. In Poland, supporters of the Law and Justice party found it unbearable that ex-communists turned out to be among the winners of the fall of communism. In the United Kingdom, the West’s victory in the Cold War revealed the decline of Britain’s influence. In the United States, Trump’s supporters are convinced that not the West but communist China is the real winner of the Cold War. Intellectuals who support anti-liberal counterrevolution feel deeply betrayed by history. They swim in pessimism and despair even when they win elections.

The resentment of Applebaum’s ex-friends against people like her is their true ideology. Resentment toward liberalism in places like Poland is a resentment toward cosmopolitan-minded local elites, those who speak foreign languages and joined the global elite and who see the post-communist transition as a success. In a similar way, the new anti-Semitism in places like Poland is directed not so much against Jews, as there are so few of them left there, but against those Poles who are ashamed of Polish anti-Semitism. Anti-liberal intellectuals have masked their resentment as ideology.

The story of the anti-liberalism of Applebaum’s ex-friends does not precisely explain the rise of Trump or Brexit, but it is of critical importance for understanding the dissolution of the pre-1989 democratic moral consensus. It explains the transformation of democracy in places like Poland, the United States, Britain, and Spain into a civil war with words and ballots.

A well-known engraving by the French artist Louis Marie Bosredon in 1848, the year France adopted universal male suffrage, depicts the ambivalence of early European democracy. It shows a worker with a rifle in one hand and a ballot in the other: bullets for the nation’s enemies and ballots for the class enemies. But for the new illiberals, the war against one’s political opponent is the real battle. In this Schmidtean understanding of electoral politics, as civil war with ballots, any criticism toward one’s own side equals betrayal.

What we see in countries like Poland and the United States is that a democracy of citizens has been replaced by a democracy of fans. While for a liberal citizen the readiness to point out and correct the mistakes of your own party is a sign of the highest loyalty, the loyalty of fans is zealous, unthinking, and unswerving. Enthralled fans, with their critical faculties switched off, are central to populists’ understanding of politics as a loyalty game: Their cheers reflect their sense of belonging. Trust-but-verify is replaced by rowdy adoration. Those who refuse to applaud are traitors, and any statement of fact becomes a declaration of belonging.

When political participants become fans, their primary goal is to make sure their opponents will never come to power. Populists encourage this mindset—and in their most romantic vein, the liberal ’89ers manage to replicate it.

Populists encourage this mindset—and in their most romantic vein, the liberal ’89ers manage to replicate it.

In trying to make sense of the current “illiberal moment,” Applebaum frames the choices intellectuals face today as similar to the ones faced by the men of letters in France during the Dreyfus Affair—nationalists versus cosmopolitans, democrats versus authoritarians. You can sense in this framing an ’89er’s nostalgia for the illusionary moral clarity of the Cold War. But while this frame has mobilizing power and gives us a sense of purpose, it blurs the major challenge Western liberalism is facing today—how to uphold Western universalism while Western power is in decline. Will the West remain devoted to free markets if non-Western economies become more competitive? Will the West remain devoted to free elections if they bring to power anti-Western regimes? Is the democratic majoritarianism of leaders like Orban anti-democratic—or does it represent the dark side of democracy we are uncomfortable talking about?

While Applebaum was finishing her book, COVID-19 infected the world with an ultimate uncertainty. The distinction between democracies and authoritarian regimes has been blurred. In the words of the political philosopher David Runciman, “Under a lockdown, democracies reveal what they have in common with other political regimes: here too politics is ultimately about power and order.” This new crisis did not bring polarized societies together. Rather, it pushed them even further apart. The pandemic is a transformative moment—perhaps as transformative for the international system as the end of the Cold War. But there is a difference: In 1989, intellectuals had the illusion that they knew which direction the world was going. Now that illusion is dead.

What the pandemic made clear is that the return to the ideals of 1989 cannot be the point of departure when it comes to reforming the world. In this sense, Applebaum’s passionate defense of liberalism is strongest when it recognizes that liberals must be ready to reinvent it. They should start by questioning some of the self-evident truths of 1989.

Ivan Krastev is the chairman of the Centre for Liberal Strategies in Sofia and a permanent fellow at the Institute for Human Sciences in Vienna.