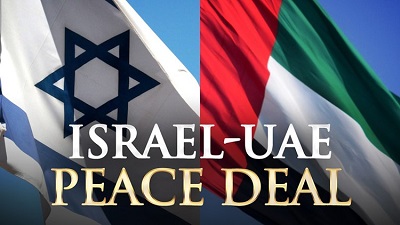 ‘The Jerusalem Post’s editor-in-chief remembers his experiences as a reporter for the paper during this tumultuous time.

On Monday, August 16, 2005, I was in Morag. Together with a group of journalists, we had been bused into the Gaza Strip settlement the night before, just ahead of the distribution of eviction orders planned for the following day.

We spent the night sleeping on some cardboard boxes in a home whose owners had left early, apparently to spare themselves the trauma of being forcefully evicted.

In the morning, the soldiers came – dozens of them, led by Col. Erez Zukerman, then the commander of the Golani Brigade. The soldiers were unarmed, and in addition to issuing the eviction orders – set to go into effect within 48 hours – they had come to offer their assistance to the residents of Gush Katif, law-abiding citizens who had been sent to build homes they were now being ordered to leave.

“We didn’t come here to clash with you, but to offer assistance and to help the people we once protected and worked hand-in-hand with,” Zukerman called out to the residents.

Out of the crowd emerged a young man with tears streaming down his face.
“I was an officer under your command,” he called out to Zukerman. “You taught me what it was to be an officer and protect the Israeli people. We are not your enemy, but you have turned us into your enemy. Just six months ago, I was wearing an army uniform and serving side by side with you.”

Recognizing his former subordinate, Zukerman wrapped his arms tightly around him, evoking cries of anguish and sadness from the crowd.

Zukerman told the assembled people he loved them and that no matter what was happening, Israel had to remain united. The crowd broke out in “Hatikva.”

THIS COMBINATION picture shows the settlement of Morag before and after it was demolished. Top – before: August 12, 2005; bottom, Israeli heavy equipment destroys houses, August 23, 2005. (Suhaib Salem SJS/KS/Reuters)

Southern Police chief Cmdr. Uri Bar-Lev straightened his police cap and uniform and took several steps forward to greet the first of the marchers. Behind him were 6,500 policemen and soldiers, 20 police horses and three water-canon trucks.

The marchers, many of them wearing orange shirts – the color of their struggle – had come from Kfar Maimon, a nearby national-religious moshav where they had been holed up for three days as they tried to make their way to Gush Katif to stop the eviction and break through the IDF-imposed blockade over the Gaza Strip.

For close to an hour, the sides scuffled. Columns of disengagement opponents were rushing the human wall of soldiers and police, and more were coming. The activists, in their last-ditch effort to thwart the pullout, were determined to break through and reach the sealed-off settlement bloc which they hoped they could then physically save from prime minister Ariel Sharon’s Disengagement Plan.

Fighting to regain control of the situation, the police chief ordered his men to move back. The situation seemed on the verge of an explosion. Israeli was fighting Israeli. Protester against soldier. Policeman against settler.

Suddenly, Rabbi Shlomo Aviner, head of the Ateret Kohanim Yeshiva in Jerusalem, climbed onto the roof of a nearby car unnoticed with his orange-decorated bag slung over his shoulder.

As fisticuffs continued, Aviner grabbed a megaphone and in his high-pitched voice and French accent, managed to distract the crowd with a Torah lesson. Before long, he had calmed the tense atmosphere.

Everyone cried – the Border Police, the IDF soldiers, the settlers and the journalists. They cried as the Gaza Strip’s largest synagogue, shaped like a Star of David and located in the center of the Gush Katif settlement of Neveh Dekalim, was evacuated.

Hundreds of youth had gathered in the synagogue for one last stand against the withdrawal. They were completely outnumbered, but it was their final attempt. Men were in the Ashkenazi sanctuary and women were in the Sephardi sanctuary. They prayed, they chanted Psalms, they sang and they cried. But when the policemen came inside, they stood no chance.

Many shook and cried as they sat on the floor or on pews, unable to move when the police told them to leave. One by one they were pulled apart and carried out of the building.

I stood right outside, talking to Moshe Karadi, Israel’s police commissioner at the time.

“The police proved their might and that they were unstoppable,” Karadi told me that day. “At last month’s standoff at Kfar Maimon we demonstrated our might, and that helped deter the settlers today.”

Within a few weeks, the synagogue would be burned down by Palestinian rioters. Israel’s presence in Gaza was now officially over.

LOOKING BACK on the events of 15 years ago, it is hard not to feel a sense of sadness. It is a sadness for the trauma experienced by the thousands of families evicted from homes that consecutive Israeli governments had sent them to build, as well as for the way the withdrawal was carried out, unilaterally without coordination.

All of this seems to be connected. On one hand, the Disengagement sent a bad message to Israel’s enemies that the Jewish state is weak and unsure of itself. That it is willing to uproot people and give land to its enemies without receiving anything in return. Why, Hamas legitimately learned that summer, would that ever change? Why not keep up the resistance against Israel until it decides to surrender something once again? That erodes deterrence.

On the other hand, that doesn’t mean it wasn’t right for Israel to leave Gaza. The continued sustainability of a small settlement bloc inside a sea of Palestinians was always going to be limited in time.

For most Israelis, leaving the Gaza Strip didn’t mean much. The majority of Israelis thought of Gaza as a place that cost lives, a piece of land that didn’t bring security but on the contrary, cost a heavy price in human life. For most people, the Disengagement was a short battle that pitted commanders against former soldiers, kipot against payot, uniformed soldiers against women in headscarves. Pulling out, these people argued, actually made Israel stronger, letting the country and its military focus on missions that are essential – not on operations that appeared at the time to be useless and without real purpose.

The fact is, these supporters point out, that no one in government today advocates for Israel to return to Gaza and to rebuild settlements inside that piece of land.

THE WEEKS running up to the withdrawal, as well as the evacuation itself, were an emotional time for this country. There were fears that it would lead to a mass refusal of orders by IDF soldiers, extreme violence between right-wing activists and security forces or a civil war. Thankfully, they were all wrong. Israel got through it.

But after 15 years, Israel continues to fall short by failing to figure out what it wants to do with the Gaza Strip. The pullout went smoothly, but the IDF plan at the time was only good until the day the last soldier stepped out of the Gaza Strip and locked the gate behind him. Not enough thought was given to the day after that or the nearly 5,500 days that have passed since then.

On one hand, due to this lack of an overarching strategy, Israel has been smart in its approach, usually doing what it can to avoid big operations in Gaza. Except for Cast Lead in 2009 and Protective Edge in 2014, Israel has mostly worked to contain Gaza and Hamas and never let it blow too much out of control. In short, Israel prefers to end each flare-up of violence as quickly as possible.

But this is not a strategy. Hamas will continue to use violence and attacks as long as it feels that doing so will help advance its cause. Just last week, after a period of quiet, incendiary balloons were flown across the Gaza border into Israel and Hamas fired a dozen rockets toward the sea in a warning to Israel. In response, the Israeli Air Force struck some targets someplace in Gaza.

Will this tit-for-tat really change anything? Doesn’t this continued situation do an injustice to the price the Israelis who lived there paid? Isn’t this a disservice to the country that kept itself together and didn’t let extremists – on either side – pull it apart?

There is no clear answer what will work, but there are steps that Israel hasn’t tried yet. One option is to fight back hard against any act of terror, but also to try to ease the economic and humanitarian crisis in Gaza. One way would be to finally launch a plan floated by the Likud in recent years to build an artificial island off the Gaza coast that would serve as a port, or to construct a new power plant so Palestinians can have continuous electricity. Sewage treatment plants need to be repaired and industrial zones need to be built to create jobs.

There is no shortage of ideas. There is only a shortage in someone willing to take the steps needed to make things move. Calculated risks combined with a tough stance on security.

None of the above will guarantee that war won’t break out again. But after trying the same thing for so long – or truthfully, trying no real strategy at all – would it hurt to try something new?

These measures might not stop war, but they have the potential to improve the quality of life in Gaza and force Hamas to think a few extra times before setting off a new round of violence with Israel.

Fifteen years after uprooting peoples’ lives and dreams from Gaza, Israel owes itself a chance to try to change the outcome of the Disengagement. It is not too late.

The writer was The Jerusalem Post’s police reporter, then military reporter and defense analyst from 2003 until 2013, becoming editor-in-chief in 2016.

Will Covid-19 make our cities better than ever?