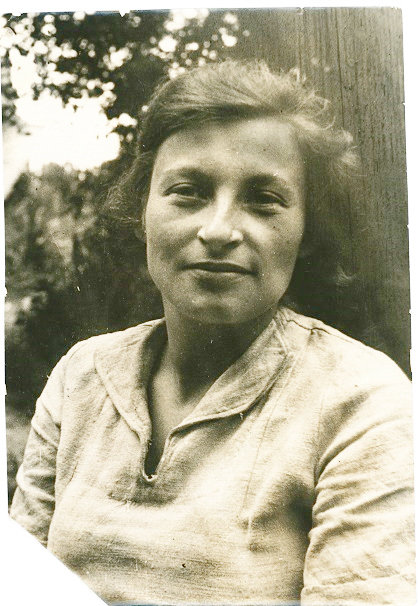 Selma Engel in 1944. A Dutch Jew, she survived the Sobibor death camp and was one of the first to testify about it.
CreditCreditvia Alexander Pechersky Foundation

Selma Wynberg Engel, who escaped a Nazi extermination camp after a prisoner uprising and was among the first to tell the world about the camp’s existence, died on Tuesday in East Haven, Conn. She was 96.

Her daughter, Alida Engel, confirmed the death, at an assisted living facility.

A Dutch Jew, Mrs. Engel was among 58 prisoners who escaped from the secret Sobibor extermination camp in Eastern Poland and lived to see the end of the war. Only one other former Sobibor prisoner, Semyon Rozenfeld, of Israel, is believed to be alive today.

When the Germans invaded the Netherlands in 1940, Mrs. Engel was forced into hiding. In 1942, they seized her during a roundup of Jews and sent her to two concentration camps in succession before shipping her to Sobibor in April 1943. It was one of the Nazis’ camps used solely for the purpose of exterminating Jews.

Most prisoners sent to Sobibor were instantly gassed or shot to death, but Mrs. Engel, who was 20, was selected to sort the clothing of the dead and thus spared.

Knowing that all the prisoners would be murdered sooner or later, a group of them staged a revolt. At 4 p.m. on Oct. 14, 1943, they lured guards to remote locations and killed 11 of them with knives and axes.

About 600 prisoners broke free and fled under machine-gun fire. With the grounds dotted with land mines, only about half made it to the fences. Search squads recaptured most of the rest.

One prisoner, Chaim Engel, had also survived as a clothes sorter. He grabbed Selma’s hand and fled with her. They were among only a few to escape alive. 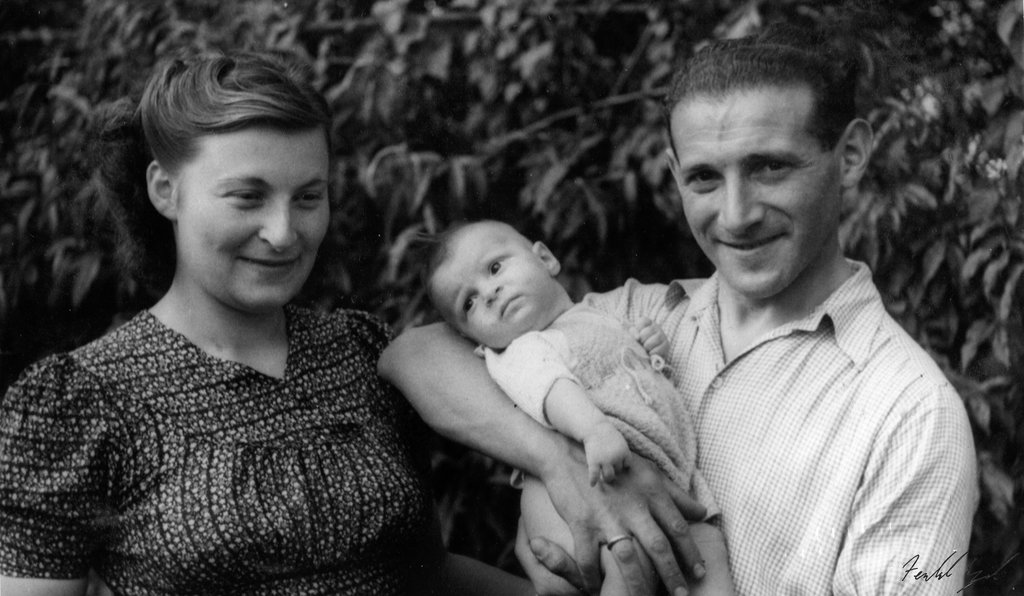 Selma and Chaim Engel and their daughter Alida in 1946 in Zwolle, Netherlands, Mrs. Engel’s hometown. They came to feel unwelcome there because of Mr. Engel’s roots in Poland and eventually left.CreditEngel Family Photo

The couple went on the run for at least two weeks before finding refuge with a Polish peasant family, who, for a fee, hid them in a hayloft in their barn. They remained there for nine months, until it was safe for them to set off on a long journey back to the Netherlands.

Within days of the uprising, with so many escapees on the loose and fearing that Sobibor would be discovered, the Germans liquidated the camp, plowing it under and planting crops to disguise it as a farm.

But they could not stop Mrs. Engel. Well before arriving in the Netherlands, she began telling the world what she had witnessed and, along with her husband, would continue to do so for the rest of their lives.

In July 1944, shortly after the Red Army had crossed the Polish border, she and two other Sobibor escapees told Russian reporters about the camp, according to “Sobibor Extermination Camp 1942-1943,” a 2015 book by Marek Bem.

Their account was published in Sept. 2, 1944, in the Russian newspaper Komsomolskaya Pravda under the headline “The Death Factory in Sobibor.” It was the first public description of the camp.

“Selma and Chaim and others told the world about what happened in Sobibor,” Ad Van Liempt, a Dutch historian and author, said in a telephone interview. “They let the secret out.”

They went on to testify at the trials of German officers, provided written and oral accounts of their ordeal and were interviewed for books and other publications over the decades.

Mrs. Engel was born Saartje Wijnberg (pronounced SAR-cha WINE-berg) on May 15, 1922, in Groningen, the Netherlands. She and her three brothers grew up in the city of Zwolle, where their parents, Samuel and Alida, ran a kosher hotel. She Anglicized her name when she moved to the United States in 1957.

She finished high school just as the Germans invaded the Netherlands in 1940. Her father died of a heart attack in 1941, unrelated to the war. She lost most of the rest of her family in the Holocaust.

After the war, the couple, who formally married in 1945, settled in Zwolle, Mrs. Engel’s hometown, where they established a textile store and had two children. Their first child, a baby boy, had died in 1944 as they were making their way back to the Netherlands.

But they encountered deep resentment toward Mr. Engel, a Polish Jew. Despite the massive losses that Poles themselves suffered in World War II, many viewed Poland as complicit in the Holocaust; more than 100,000 Dutch citizens had been deported to camps in Poland, and more than 34,000 Dutch Jews had been killed at Sobibor. Mrs. Engel was the only woman from the Netherlands to survive the camp.

The prejudice against them made the couple feel trapped. The authorities threatened them with deportation, Mr. Engel because he was from Poland and Mrs. Engel because she had married him, making her, in their eyes, a Polish citizen, too.

Poland, however, was no longer accepting the return of Polish citizens expelled from other countries, and the Engels had little interest in going there anyway.

They moved to Israel in 1951 and to the United States in 1957, yearning to live in a peaceful country after the Sinai War of 1956. 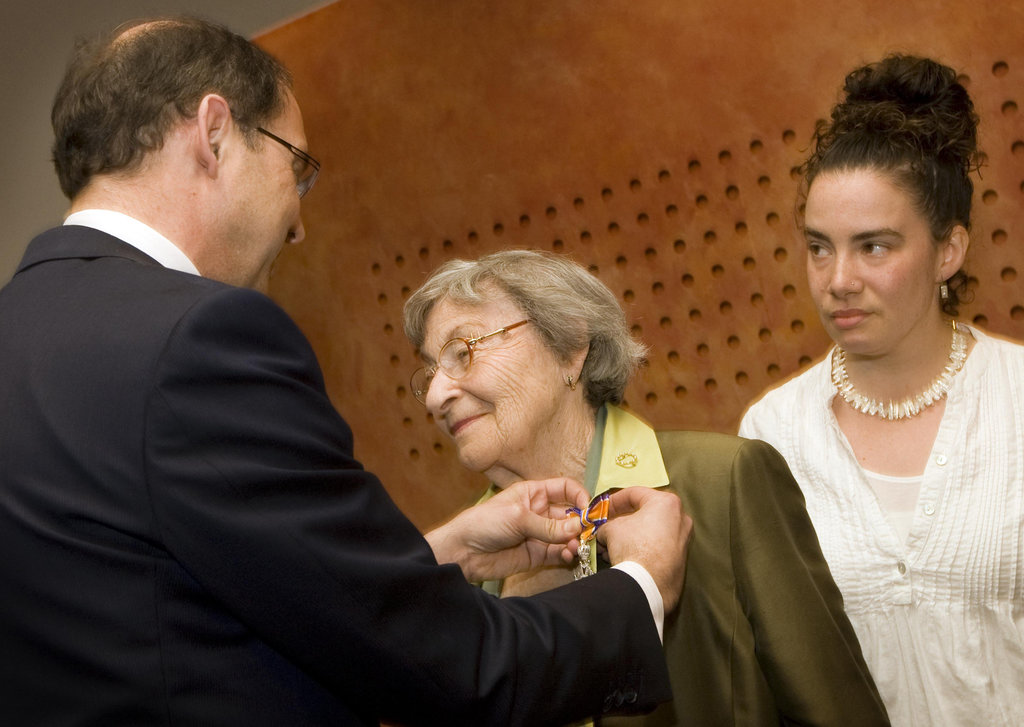 Ab Klink, the Dutch health minister, with Mrs. Engel in a ceremony in 2010 in which she was knighted by the queen. At right is her granddaughter Tagan Engel. Mr. Klink also issued a formal apology “for the way the Dutch government treated you and your husband almost 65 years ago.” Mrs. Engel refused to accept it.CreditMarcel Antonisse/Agence France-Presse — Getty Images

Although they had told their story many times, it was largely unknown in the postwar Netherlands until the last decade, when a team of Dutch historians, including Mr. Van Liempt, visited Mrs. Engel in Connecticut to research a book about her. It was published in 2010 as “Selma, the Woman Who Survived Sobibor” and led to a documentary film of the same name.

In addition to her daughter, Mrs. Engel is survived by a son, Ferdinand, as well as four granddaughters and eight great-grandchildren. Her husband died in 2003.

On April 12, 2010, Queen Beatrix of the Netherlands knighted Mrs. Engel in recognition of her historical witness. On the same day, the Dutch minister of health care, Ab Klink, issued a formal apology.

“I apologize for the way the Dutch government treated you and your husband almost 65 years ago,” he said. “It is almost unthinkable. I say to you: We are very, very sorry.”

Mrs. Engel said she was honored to receive the knighthood, but she rejected the apology, telling family and friends that it was too little, too late.

Asked to explain how Mrs. Engel could accept one but not the other, her granddaughter, Tagan Engel, who accompanied Mrs. Engel to the ceremonies in 2010, said in an email that her grandmother had seen them as two different things.

With the knighthood, Ms. Engel wrote, her grandmother had “accepted the acknowledgment and attention to her story after so many years, but that was not the same as accepting an apology for the killing of all but a handful of her family and hundreds of thousands of other Jews.”

A version of this article appears in print on Dec. 9, 2018, on Page A26 of the New York edition with the headline: Selma Engel, 96, Who Escaped Death Camp, Dies. Order Reprints | Today’s Paper | Subscribe

The UK should follow his lead and not only withdraw from the UN Human Rights Council but move its embassy to Jerusalem, too.

With Vice President Mike Pence looking on, US President Donald Trump gives a statement on Jerusalem, during which he recognized Jerusalem as the capital of Israel, in the Diplomatic Reception Room of the White House in Washington, US, December 6, 2017. (photo credit: REUTERS/KEVIN LAMARQUE)

It has now been a year since US President Donald Trump’s announcement that the United States would be moving its embassy to Jerusalem and recognizing it as the capital of Israel.

Over the past 12 months, the US has not only carried through this commitment, but it has also withdrawn from the notoriously anti-Israel UN Human Rights Council.

Sadly, the bold decisive steps taken in Washington have not been repeated in London.

In June, I raised the issue of the Human Rights Council in the House of Commons. While the government has been content to admit the Council’s flaws, it has so far opted against further action, with then-Foreign Secretary Boris Johnson stating, “We are committed to working to strengthen the council from within.”

The problem with this approach, of course, is that the Council has proven time and time again to be beyond any kind of meaningful reform.

Since its inception in 2006, the Council has not only failed to promote human rights, but even indirectly aids the worst abusers allowing them to cover up their crimes. Currently, 47 member states serve on the Council, and all are elected onto it by the UN General Assembly.

The problem? Among its current members, the Council includes some of the most oppressive and illiberal countries in the world, including: China, Cuba, Pakistan, Qatar, Saudi Arabia and Venezuela. As recently as October, serial abusers such as Eritrea and the Philippines were elected to the Council to serve three-year terms. Clearly, the British position of “reform from within” is not working.

This farce would at least be partially admissible if the Council made a sincere effort to promote human rights; and took an objective stance on calling out gross rights violations wherever they occur.

But they do not. According to the NGO UN Watch, between 2006 and 2016 the Human Rights Council issued 68 specific condemnations of Israel, far more than any other country. Syria, whose government routinely massacres its own civilians, followed in second with 20 condemnations, while Burma and North Korea followed with 11 and 9 respectively.

A number of states didn’t receive a single condemnation, despite regular and extreme human rights violations. These included: China, Russia, Venezuela, Yemen and Zimbabwe. The issue here is not so much the criticism of Israel. The problem is that Israel is routinely singled out by the Council to a disproportionate extent, while countries that commit far worse acts often receive no criticism whatsoever.

How can Israel, a modern democracy with an independent press, judiciary and parliament – a country where LGBT pride parades are accepted and gay soldiers serve in the armed forces – be condemned several dozen times while Iran, a place where homosexuals are relentlessly persecuted up to and including execution, receive just six condemnations?

How can Eritrea, a country routinely ranked as one of the single most repressive nations on the planet, be condemned less than a tenth as frequently than Israel, the only full democracy in the Middle East?
Recommended videos