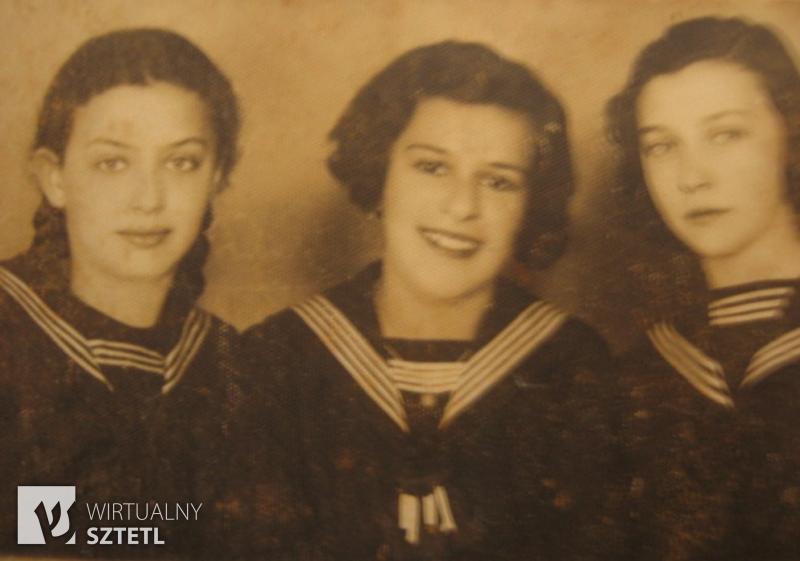 The Alliance school network has been considered for years an educational empire. More than a million students have graduated from its hundreds of schools in dozens of countries around the world, since its founding in 1860. Much has been written about Alliance’s educational message. Its leaders’ proficiency in integrating the old and the new, tradition and progress, and excellence and humanity led to a significant cultural and social revolution among the Jewish boys and girls who lived in Islamic nations – from the North African city of Tetouan to the Land of Israel to Tehran.

That is all well and good. But do the thousands of pupils attending the first day of school this morning at Israel’s Alliance schools know that they owe their education to the germ that infected a helpless Italian-Jewish baby 167 years ago? Probably not.

Shlomo Mortara was a successful Jewish tailor from Bologna, whose clientele included the local police. Ten policemen wearing uniforms produced by the Mortaras knocked on their door on the evening of June 23, 1858. Their stern facial expressions signaled to the tailor that this jovial group had not come to praise him for his sewing skills. One officer presented Mortara with a decree signed by Pope Pius IX, stating that he must hand over his six-year old son Edgardo to the church at once. The reason: Church records revealed that Edgardo had been baptized when he was a year old, and the law banned Catholic children from being educated in a Jewish home. Once must remember that at that time, the modern nation of Italy had yet to be established, and the city of Bologna was part of the Papal State. The failing theocracy’s primitive law enforcement answered to Pope Pius IX, the head of state who declared himself the only human on the planet who was never mistaken.

The Jewish tailor begged the Italian officers to grant him 24 hours to clarify the matter and immediately contacted the city’s governor. The governor shared with him some jaw-dropping information. When Edgardo was a year old, he had contracted tuberculosis and appeared to be dying. This much the father certainly knew. But he did not know that – fearing that the infant would pass to the afterlife and burn in eternal hell before he was absolved of his sins – the family’s Christian servant girl, Anna Morisi, took him to the church to baptize him.

Anna Morisi was not just an innocent believer. She had a complex past. She had become pregnant out-of-wedlock a few years prior. Shlomo Mortara mercifully paid to board her baby in an orphanage. But when she fell pregnant again several years later, the Mortaras refused to collaborate and fired their servant. As the old saw says, you should always beware of those you help. She divulged to church authorities after she was sacked that the Mortara family was holding a baptized child.

The father’s pleas did not help. Two days later, a carriage loaded with toys and sweets provided by the Church stopped in front of the Mortara home, and they were forced, choking back their tears, to bid their little son farewell. They would only meet again when Edgardo was an altar boy named after his abductor, “Pius.”

But what’s the big deal? The Church has kidnapped hundreds of Jewish children throughout history. What made Steven Spielberg consider turning the Edgardo Mortara story into a film? The answer combines technology and politics.

One must remember that this story did not take place in the dimness of the Middle Ages. It occurred during the last third of the 19th century, when trains began to transverse Europe and the telegraph that connected the four corners of the globe expedited the development of mass communications. The Jewish world exploited the technological revolution, and key figures like Minister Moses Montefiore, shed light on the story that echoed around the world. International press dubbed it the “Mortara Affair.” It represented a significant turning point as it comprised the first public Jewish protest since the Jews’ emancipation.

The Mortara Affair also touched an acutely sensitive political nerve: the battle of secular Western nations to wrest the public arena from religious institutions led by the Papal State. Major French and English newspapers used the kidnapped Jewish boy to lock horns with the Church and the Mortara case remained in the headlines.

“This was an act of arrogance on the part of one of the most backwards nations in the West,” wrote historian Renee Remo about the Papal State. “The abduction of the Italian-Jewish boy from Bologna did much more to foment anti-religious Catholic sentiment than the awkward public blunders of dozens of bishops and priests.” In other words, the free world hated the Church more than it pitied the Mortaras.

How did the story end? All attempts to free Edgardo failed, because Pius IX refused and because reeducation turned the Jewish boy into a devout Catholic. When he became a teenager, Edgardo changed his name to Pius and joined the Augustine Order. He later served the Church in Germany and New York, earning the title of Papal Emissary. In 1879, 21 years after he was kidnapped from his parents’ home, he was permitted to renew his relations with his Jewish family. He died in a Belgian monastery in 1940.

The most important lesson learned from this dismal affair was that there was a need for an independent Jewish framework to fight the Church’s proselytizing. This was the background for the establishment in 1860 France of the Alliance Israélite Universelle Society, bearing the motto:  “All Jews are responsible for one another.”  Owing its establishment in large part to the “Mortara Affair,” Alliance championed the empowerment of Jewish identity alongside instilling modern values, foreign language acquisition, and science education. The first Alliance school opened in 1862 in Tetouan, Morocco. In 1870, the first agricultural school opened in the Land of Israel in Mikveh Yisrael. The Alliance school in Haifa opened in 1884, and eight years later, another Alliance school opened in Jerusalem.

They say that the fluttering of a butterfly’s wings on one side of the globe can lead to a tsunami on the other. In this story, the emergence of a miniscule germ in the Land of the Boot sparked an educational and social revolution in the Jewish world of the Islamic nations and the Middle East, changing the lives of tens of thousands of children and adults. May this school year be a success!

A sophisticated wine production facility, the largest from the Byzantine period ever found in the world, was unearthed in Yavne, the Antiquities Authority (IAA) announced Monday.

The factory was used to produce the legendary regional wine, known as Gaza or Ashkelon wine after the ports from where it was exported all over the Mediterranean. It included five impressive wine presses, large treading floors where the grapes were crushed, two huge octagonal vats, storage rooms and kilns to produce jars to conserve the wine.

.
The facility is said to have produced as much as two million liters of wine annually.

Yavne is located in central Israel and was an important city some 1,500 years ago was, according to IAA archaeologist Dr. Jon Seligman, co-director of excavation with Dr. Elie Haddad and Liat Nadav-Ziv.

“Yavne was important enough to be put in a map from the period with Jerusalem, featuring three large churches,” he said. “First and foremost, it was a Christian town. But we also know that there were populations of Jews and Samaritans living there during the same time period. It had a bishop. It was located in what at the time was on a major road, called the sea highway, which went from north to south, and on its junction with the Sorek River.”

The wine factory’s remains were first uncovered during a salvage excavation prior to the construction of a new residential and commercial neighborhood. In Israel, all development projects must be accompanied by such excavations.

“We have been exposing an industrial area of ancient Yavne,” Seligman said. “We found remains of other industries, for example, producing glass and metal. We also found remains from other periods, such as a house from the ninth century and some other buildings from the interim period between the Byzantine and Islamic periods.”

In addition, the remains of another wine press was uncovered, dating back some 2,300 years ago, during the Persian period, testifying to the city’s long tradition in wine production, as stated in the Mishna, which mentions a vineyard of Yavne.

After the destruction of Jerusalem at the hands of the Romans in 70 CE, Rabban Yochanan ben Zakkai moved the Sanhedrin, the supreme court and legislative body in all matters of Halacha, to Yavne.

So far, the archaeologists have not excavated the area where the ancient city center was located, and they have not uncovered the remains of the churches, Seligman said.

“We did find some traces of their presence, such as pieces of marbles and columns,” he said.

The wine produced in Yavne was very well known and prestigious, Seligman said.

“It was a light, white wine,” he said. “We have found many wine presses in Israel, but what is unique here is that we are talking about a cluster of five huge ones, especially beautiful in their architecture.”

In addition, the archaeologists uncovered the remains of thousands of jars to store, age and export the wine, Seligman said.

“They have a specific and very recognizable shape,” he said. “The same jars were found in many places around the region, including Egypt, and we know that they were used for exporting the wine.”