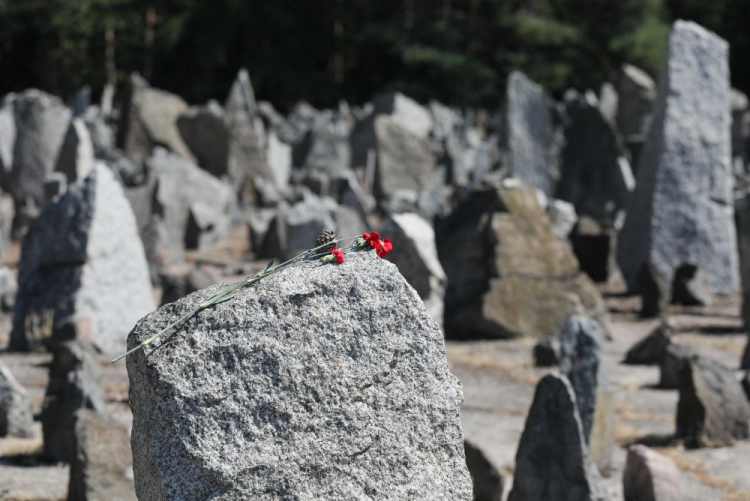 The coin was minted in Alexandria, Egypt, in the reign of Emperor Antoninus Pius and contains the image of the Cancer zodiac sign and the moon goddess Luna.

A bronze Roman coin dating back 1,877 years with the symbol of the Cancer zodiac sign and a Moon goddess was discovered at Carmel Beach in Haifa by archaeologists from the Antiquities Authority.

The coin was discovered during a survey of the area designed to find antiques and save them from degradation.

This isn’t the oldest Roman-era coin discovered. In fact, coins from the earlier Bar Kokhba revolt were found in Jerusalem two years ago. However, this coin was found in the water, is in remarkably good condition and its engravings shed considerable light on its origins and what it is meant to depict.

Israel in the Roman era

The coins used as money by the Romans were minted from gold, silver, bronze, copper and orichalcum, although historians are unclear as to what exactly is orichalcum metal.

Over time, especially in the closing days of the Roman Republic and throughout the Roman Empire, these coins also contained a number of icons and writings.

This coin in particular is no exception, with the writing telling us exactly when and where the coin was minted: in year eight of the reign of Antoninus Pius, and where it was minted, Alexandria in Egypt.

Antoninus Pius was Roman emperor from 138 CE to 161 CE, so this would have been minted in 145 CE, 75 years after the destruction of the Second Temple.

Pius’s reign was well remembered and historians note him as one of the “Five Good Emperors” – alongside Nerva, Trajan, Hadrian and Marcus Aurelius – who presided over Rome’s great golden age of Pax Romana.

This is despite the fact that Pius wasn’t a military man like many other notable Roman emperors and that his long reign was largely peaceful. Rather, his great strengths were in his skilled administration of the large empire, a profitable economy with a massive surplus in the empire’s coffers, and his work as a progressive legal reformer.

Further, the administrative role Pius held was of such paramount importance to his reign that many historians believe he never actually left the city of Rome.

Pius’s reign also saw him rule over what is now the State of Israel, with the Bar Kokhba revolt having ended just two years prior to the beginning of his reign.

This was important, as it was now up to Pius to improve relations between the empire and the Jews following the revolt and the many decrees of his predecessor, Hadrian, which had been extremely unpopular among the Jews, such as the ban on circumcision.

Pius was able to do this, however, and ties between Rome and the Jews improved. The Talmud even notes the close friendship between Antoninus Pius and the leader of the Jews in the Levant, Rabbi Yehuda Hanasi.

Antoninus’s image has been found on coins in Israel before. One such coin was found in 2021 that also contains the image of Antoninus Pius, with the other side containing the image of the Syrian moon god Mên and the inscription “of the people of Geva Phillipi” and the date of the civic year 217, which would be 158 CE or 159 CE.

What was on the coin?

In addition to showing when and where it was minted, the coin now found also included symbols.

On one side was the image of Antoninus Pius along with the inscription, while the other side contained two symbols: a crab, the zodiac sign of Cancer, and the Moon goddess Luna.

The other side was the Moon goddess Luna.

The inclusion of Cancer seemed to have been due to the coin being part of a series of coins with zodiac symbols.Luna, however, is another story but far from unprecedented.

Iconography in Roman coins tended to depict emperors and images of gods. This served to both spread the image and name of the emperor to the wider empire and associate him with being a divine figure.

Luna was also important to the Roman Empire for another reason, as it was this goddess, alsong with the sun god Sol, who was used by the empire to represent Roman rule over the world as well as a guarantee of peace.

Its presence in the Carmel Beach

As Israel has been a pillar of the ancient world and has been ruled by numerous kingdoms and empires throughout history, it is no surprise that it has been host to a wide range of archaeological finds, some of which are incredibly ancient.

However, as noted by IAA maritime archaeology unit director Yaakov Shavit, this is the first time something like this was found in Israeli waters.

“Along the shores of the Mediterranean Sea in the State of Israel and its maritime area, there are many archaeological sites and finds that tell of connections that existed here in ancient times between the ports of the Mediterranean and the many countries along its shores,” Shavit said in a statement.

“These findings, which sunk into the abyss and disappeared from sight for hundreds and thousands of years, were preserved in an amazing way… and their discovery completes pieces of the historical puzzle of Israel’s history.”

Indeed, the discovery of this coin also reflects an ever-changing perception of the sea in Israel and the vast importance it serves.

“In the last decade, Israel has been changing its perception of the sea,” said IAA director Eli Escozido. “Now it is already clear that the sea is not the border of Israel, but is a significant part of it, in security, strategy and economics – and also in its heritage. It’s home to natural treasures and cultural assets that must be explored and protected.”The finding of this coin, Escozido said, is a “spectacular reminder” of the maritime archaeological survey. Arab-Israeli soccer player Munas Dabbur announced Tuesday that he was leaving the Israeli national team, over a year after he was condemned by teammates and fans for his criticism of Israel regarding Jerusalem.

The 30-year-old forward, who plays for Germany’s Bundesliga team Hoffenheim, shared a post on Instagram announcing his retirement from the Israeli team.

“I would like to inform you of my decision that my part of the Israeli national team has come to an end. I would like to thank my family and everyone who has ever supported me,” he wrote in the caption of a photo of him in the national soccer team’s uniform.

He did not elaborate on why he made the decision. 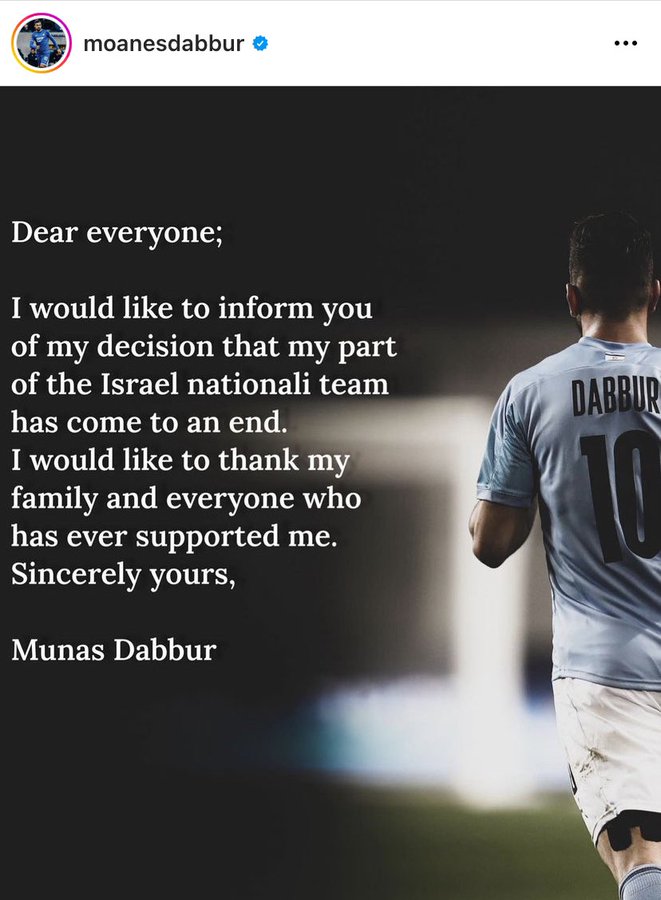 In May 2021 — amid a wave of unrest surrounding Jerusalem’s holy sites that spilled into Israeli-Arab violence across the country as well as cross-border fighting between Israel and Gaza’s Hamas — Dabbur posted to the same social media platform: “God will deal with the perpetrators of injustice.”

He subsequently explained that the post was directed toward Israel and as a way to protest excessive force by Israeli security forces, according to Haaretz.

After that, he became the target of constant booing by Israeli soccer fans and was not selected to play in the two following matches of the national team.