When Was the “Palestinian People” Created? Google Has the Answer.

In an op-ed in the Guardian on November 1, 2017, ahead of the 100th anniversary of the Balfour Declaration, Palestinian Authority (PA) President Mahmoud Abbas called on the UK to “atone” for the century of “suffering” that the document allegedly wrought on the “Palestinian people.” Abbas reiterated the claims he has been making since 2016, to justify a surreal lawsuit he has threatened to bring against Britain for supporting the “creation of a homeland for one people [Jews], which, he asserted, “resulted in the dispossession and continuing persecution of another.”

“Palestinians” were the Jews who lived, along with Muslims and Christians on land called Palestine, which was under British administration from 1917 to 1948.

All people born there during the time of the British Mandate had “Palestine” stamped on their passports. But the Arabs were offended when they were called Palestinians. They complained: “We are not Palestinians, we are Arabs. The Palestinians are the Jews”.

“With the rise and spread of pan-Arab ideologies it was as Arabs, not as south Syrians, that the Palestinians began to assert themselves. For the rest of the period of the British Mandate, and for many years after that, their organizations described themselves as Arab and expressed their national identity in Arab rather than in Palestinian or even in Syrian terms.”

When Israel declared independence on May 14, 1948, five Arab armies joined up to try to kill the infant nation in its crib. After they were routed, some of the local Arabs who had fled the war wanted to return, but they were considered a fifth column and most were not allowed back. The Arabs who had loyally remained in Israel during the war, however, and their descendants, are still there and make up one-fifth of Israel’s population today. They are known as Israeli Arabs; they have the same rights as Jews, except they are not legally required to serve in the army. They may volunteer if they wish to.

Israeli Arabs have their own political parties. They serve as members of Knesset and are employed in all professions. The moral is, or should be: Do not start a war unless you are prepared to lose it — as the Arabs in and around Israel have done repeatedly, in 1947-48, 1967 and 1973.

Incidentally, the land that was being held in trust for the Jews in the British Mandate for Palestine initially included all of what is now the Kingdom of Jordan, which was granted its independence in 1946 as the Kingdom of Transjordan. 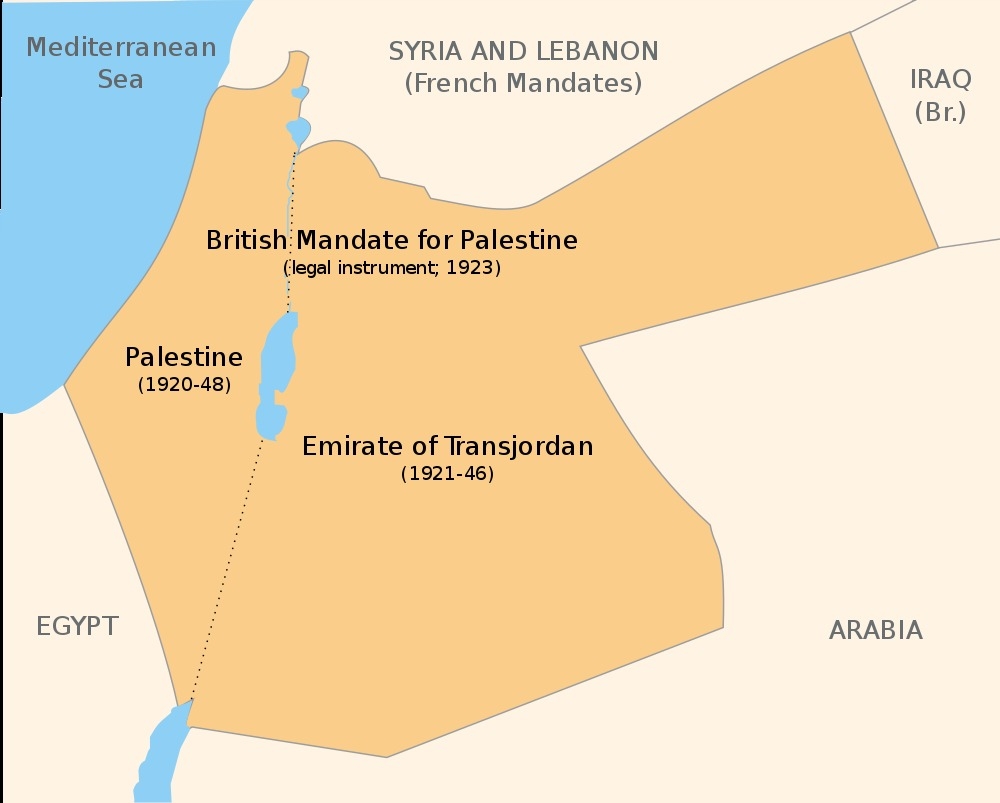 Less than a week after the article in the Guardian, Omar Barghouti, the instigator of today’s attempts to destroy Israel by suffocating it economically, echoed Abbas in a Newsweek piece, calling the Balfour Declaration “a tragedy for the Palestinian people.”

The same sentiment was expressed at the end of September in a lecture delivered by Rashid Khalidi — the Edward Said Professor of Modern Arab Studies at Columbia University — at the Hagop Kevorkian Center for Near Eastern Studies in New York City: that the Balfour Declaration “launched a century-long assault on the Palestinians aimed at implanting and fostering this national homeland, later the state of Israel, at their expense…”

Khalidi’s claims, like those of Abbas and Barghouti, are false. Prior to the establishment of the state of Israel in 1948, there were no “Palestinians.” As the prominent Lebanese-American historian and Mideast expert Philip Hitti stated in his testimony before the 1946 Anglo-American Committee of Inquiry: “There is no such thing as Palestine in history, absolutely not.”

Authors Guy Millière and David Horowitz elaborate on this in their 2015 book, Comment le peuple palestinien fut inventé (“How the Palestinian People Were Invented”), illustrating that the purpose of the fabrication was “to transform a population into a weapon of mass destruction against Israel and the Jewish people, to demonize Israel, and to give totalitarianism and anti-Semitism renewed means of action.”

The ploy for a while worked beyond expectations. The term “Palestinians” was used across the world — including in Israel — to define the Arabs living in the West Bank and Gaza; it is often employed also to describe Arabs with Israeli citizenship. The narrative that the Jews displaced them by establishing a state completely contradicts the facts.

What are these facts? When was the “Palestinian people” actually created? Simply using the Google Ngram Viewer provides the answer.

Ngram is a database that charts the frequency that a given phrase appears in books published between the years 1500 to 2008. When a user enters the word phrases “Palestinian people” and “Palestinian state” into the Ngram search bar, he discovers that they began appearing only in 1960.

“His Majesty’s government view with favor the establishment in Palestine of a national home for the Jewish people, and will use their best endeavors to facilitate the achievement of this object, it being clearly understood that nothing shall be done which may prejudice the civil and religious rights of existing non-Jewish communities in Palestine [emphasis added], or the rights and political status enjoyed by Jews in any other country.”

Finally, apart from Ngram, there are the words of the PLO leader Zuheir Mohsen, who, in a March 1977 interview with the Dutch newspaper Trouw, stated:

“The Palestinian people does not exist. The creation of a Palestinian state is only a means for continuing our struggle against the state of Israel for our Arab unity. In reality, today there is no difference between Jordanians, Palestinians, Syrians and Lebanese. Only for political and tactical reasons do we speak today about the existence of a Palestinian people, since Arab national interests demand that we posit the existence of a distinct Palestinian people to oppose Zionism.”For tactical reasons, Jordan, which is a sovereign state with defined borders, cannot raise claims to Haifa and Jaffa, while as a Palestinian, I can undoubtedly demand Haifa, Jaffa, Beer-Sheva and Jerusalem. However, the moment we reclaim our right to all of Palestine, we will not wait even a minute to unite Palestine and Jordan.”

Jean Patrick Grumberg is a journalist for the French-language news site Dreuz.