Israel Antiquities Authority says remains of Egyptian citadel, built to repel Philistines while Israelites settled elsewhere in the country, will be opened to public free of charge 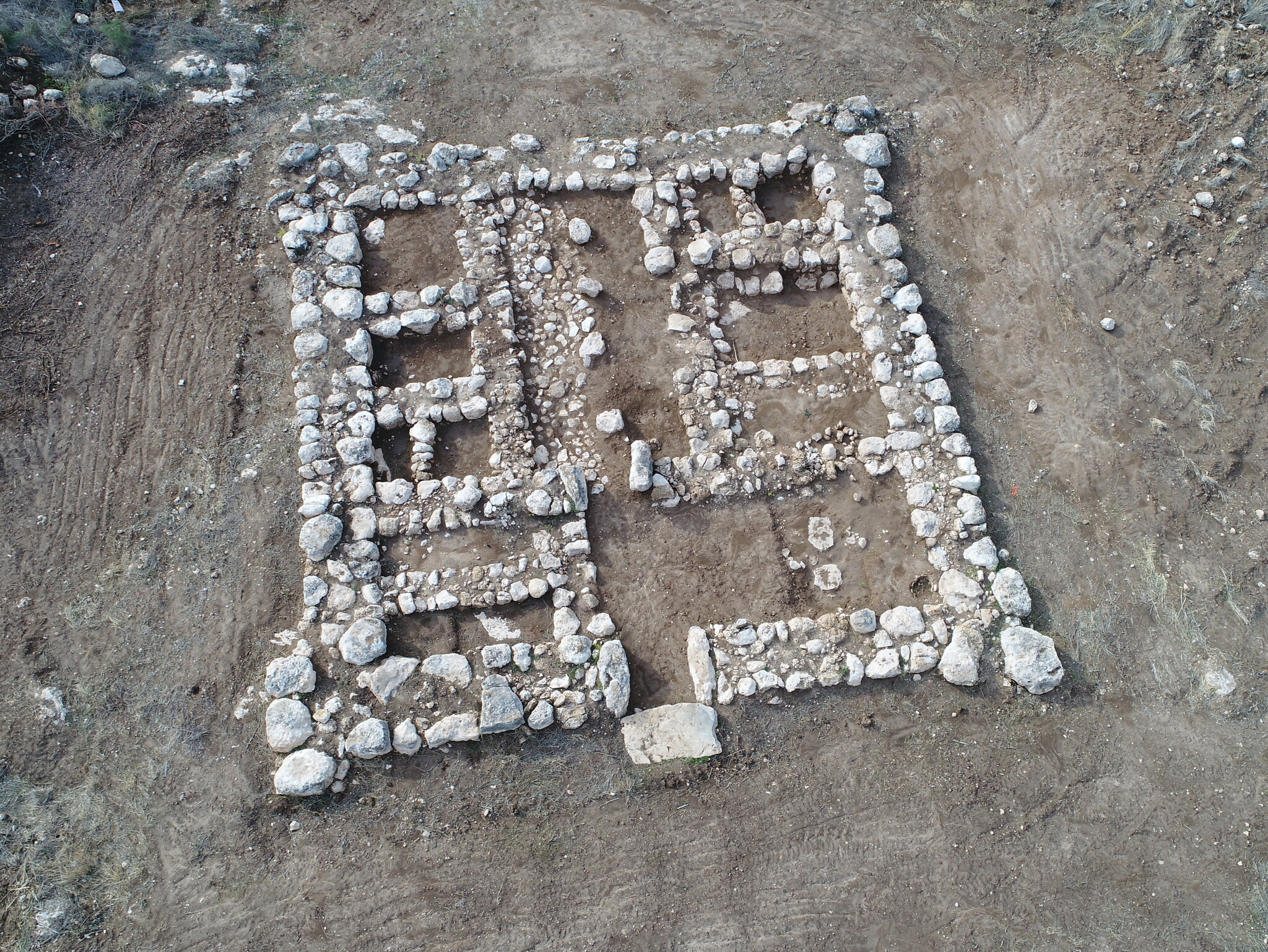 A 3,200-year-old Canaanite citadel where epic battles were fought during biblical times has been unearthed near the southern Israeli city of Kiryat Gat, the Israel Antiquities Authority (IAA) announced Sunday.

The 12th century BCE fort next to Kibbutz Gal On and the Guvrin Stream, some 70 kilometers (40 miles) south of Jerusalem, was built by the Egyptians, who ruled the area at the time, as a defense against the Philistines, in an era corresponding to the period of the biblical Book of Judges, the IAA said in a statement.

The citadel was eventually abandoned by the Egyptians, leading to the destruction of many Canaanite cities, probably at the hands of the Philistines.

According to IAA archaeologists, Saar Ganor and Itamar Weissbein, the structure that was unearthed is 18 meters (59 feet) long and 18 meters wide, with towers in its four corners for a lookout.

They said a huge doorstep has been preserved that was carved out of a single rock weighing 3 tons. 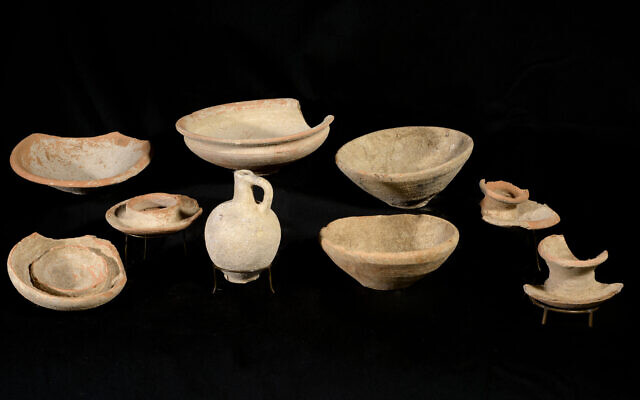 Inside is a yard with brick paving and columns, flanked by rooms. Hundreds of pieces of earthenware were discovered in the rooms, some of them whole, including many bowls produced in an Egyptian style. One bowl and a mug were likely used for worship, the archaeologists said.

“The citadel we discovered offers a glimpse into the geopolitical reality described in the Book of Judges, where the Canaanites, Israelites and Philistines battle each other,” Ganor and Weissbein were quoted as saying in the statement.

“At the time, the Land of Canaan was ruled by the Egyptians, and its residents were their proteges,” they said. “But then, during the 12th century BCE, two central players appeared in the area: the Israelites and the Philistines. And thus began a series of bloody territorial struggles. 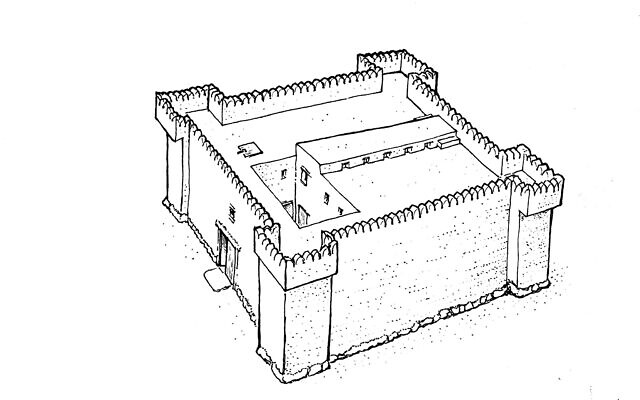 A sketch of a 3,200-year-old citadel unearthed near Guvrin Stream and Kibbutz Gal On, August 2020. (drawing by Itamar Weissbein/Israel Antiquities Authority)

“The Gal On Citadel was seemingly built as part of a Canaanite-Egyptian attempt to deal with the new geopolitical situation.

“The citadel was built in a strategic spot, overlooking the main road along Guvrin Stream — a road that linked the coast to the Judean lowlands.”

According to the statement, similar Egyptian fortresses from the same period have been discovered elsewhere in Israel.

The citadel was found in excavations carried out by schoolchildren from Beersheba, students of the Nahshon pre-military academy and many more volunteers.

The site will be opened to the public in a ceremony on Tuesday in collaboration with KKL-JNF. Visits will be free of charge.